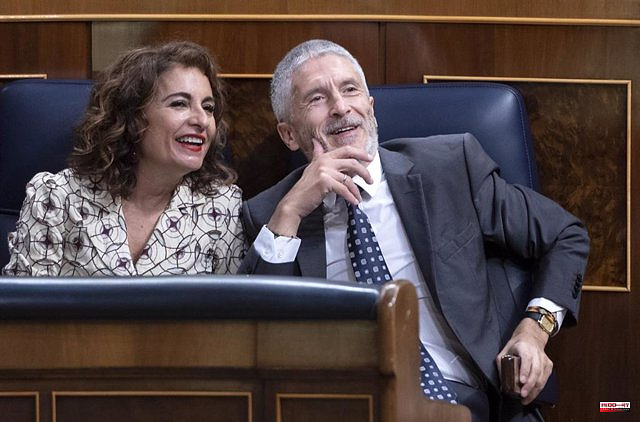 The PP has held the Ministry of the Interior responsible this Wednesday in Congress for the security breach that led to the theft of more than six gigabytes of information from the phone of the holder of the portfolio, Fernando Grande-Marlaska, who has answered by referring to the judicial investigation and assuring that they will never see him with "Villarejo, Villarejines and people of this type".

In the government control session, the deputy and spokesperson for the PP Interior, Ana Belén Vázquez, pointed to Grande-Marlaska himself for the security of communications within the Ministry of the Interior in the face of interference with spy programs such as Pegasus, as well as the Minister of the Presidency, Félix Bolaños, for those of Moncloa.

"We believe in the division of powers, we respect the work of the police, we have a cybersecurity strategy", answered Grande-Marlaska, opposing the complaint of the State Attorney before the National Court for the theft of information with the stage of the PP in the Government, when "computers were broken and a few policemen were corrupted to modify reports".

"They have never seen this Minister of the Interior with Villarejo, Villarejines and people of this type," emphasized Grande-Marlaska, who responded in this way to the criticism of the PP deputy when asking to talk about the annotations of the Commissioner José Manuel Villarejo, but in relation to the State Attorney General or the relatives of the President of the Government.

The 'popular' deputy, who has also alluded to the PSOE of Andalusia for "theft of money from the unemployed to spend it on stripes and brothels", has maintained that Villarejo "signed him as a double agent" by the current Minister of Defense, Margarita Robles, and that "all of Spain knows it".

In addition, he has said that the scandals linked to Villarejo for the PP are past but for the PSOE it is present, insinuating that Grande-Marlaska himself also appears among the annotations of the controversial former police officer.

"What a shame, while the CNI and the Civil Guard did their work and arrested coup plotters and criminals, you negotiated the chair in La Moncloa with those same criminals," the PP deputy has made ugly.

Another of the issues of confrontation in the Plenary has been over the police device of the PP Government to try to prevent the independence referendum on 1-O. Ana Belén Vázquez has asked Grande-Marlaska to disavow Pedro Sánchez for speaking of the police as "tweets", alluding to the boat with a huge cartoon canvas where the police officers stayed.

"What the president has said is that you took our police and civil guards to Catalonia in unworthy conditions," replied the Minister of the Interior, who added that "the past is still the present" for the PP.

1 Sherbrooke: the BEI launches an investigation into... 2 War in Ukraine: 959 Ukrainian soldiers from Azovstal... 3 Treasury denies a veto to the lowering of VAT on feminine... 4 Sánchez is open to increasing judicial control over... 5 Sánchez thanks Bildu for his support and offers to... 6 The beautiful flagship of the Canadian 7 The big trio of the Blue Jays at the mound 8 CF Montreal: King of the Mountain 9 The Laurentians reserve will open 10 Is this a joke ? 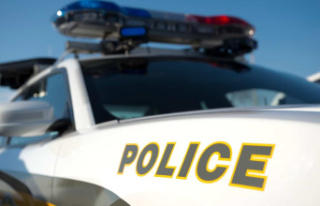 Sherbrooke: the BEI launches an investigation into...