The President of the Government, Pedro Sánchez, has shown himself willing this Wednesday to study the initiative proposed by the PNV to increase judicial control over the National Intelligence Center (CNI). 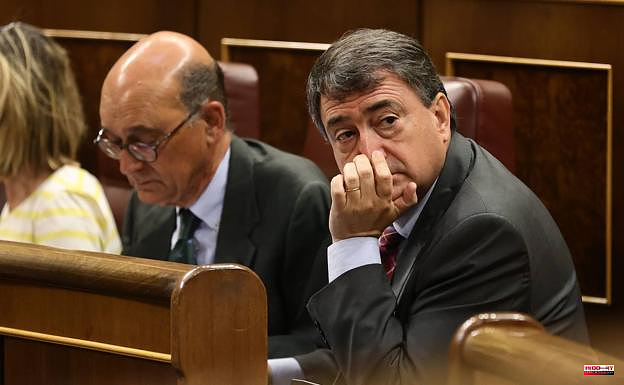 The President of the Government, Pedro Sánchez, has shown himself willing this Wednesday to study the initiative proposed by the PNV to increase judicial control over the National Intelligence Center (CNI).

This has been pointed out by Sánchez in the plenary session of Congress in response to the Jeltzale spokesman, Aitor Esteban, who has asked him to make sure "well" that it is true that neither the Police nor the Civil Guard have the aforementioned spy 'software' and has recalled irregular actions of those known as 'patriotic police'.

The president has insisted that his government "has nothing to hide" on the issue of espionage and has insisted on his "confidence" in the work of the Security Forces and intelligence services.

Sánchez has stressed, to questions from Esteban, that the Ministry of the Interior already clarified "weeks ago" that neither the Police nor the Civil Guard have 'Pegasus', but Esteban has pointed out that it is "important" that it be the president who says so .

"I take note and we'll see what happens in a few months, in any case make sure," he has asked twice, reminding him that this is a "very invasive" program and that the Government must "be careful » because there are «precedents».

Esteban has also recalled the actions of the 'patriotic police' and has alluded to the "conversations" between former commissioner José Manuel Villarejo and political leaders such as the popular María Dolores de Cospedal or Esperanza Aguirre, who are getting to know each other these days.

The Peneuvista spokesman, in addition, has summoned the president to reform "once and for all" the law of official secrets and to support the processing of the reform of the one that regulates the CNI that is going to propose its formation. Sánchez, for his part, has promised to comply with said reform, contemplated in the Moncloa legislative program, and has also shown his willingness to "listen to the proposals that are necessary" to "improve" the work of the CNI, such as the one announced by Basque nationalists.

Specifically, the PNV advocates changing the CNI law to link its director to the Prime Minister and thus make it clear who is politically responsible, and to strengthen judicial control of the activities of espionage services.

1 Sánchez thanks Bildu for his support and offers to... 2 The beautiful flagship of the Canadian 3 The big trio of the Blue Jays at the mound 4 CF Montreal: King of the Mountain 5 The Laurentians reserve will open 6 Is this a joke ? 7 Robles will meet this Thursday at the Pentagon with... 8 The Alicante Water Museum will host the presentation... 9 Montero, on the assumption of responsibilities by... 10 The IES 'Consaburum' team, winner of the... 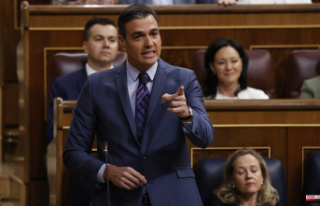 Sánchez thanks Bildu for his support and offers to...