Pedro Sánchez today thanked EH-Bildu for avoiding using the vote on the anti-crisis plan to slap the government's ears, as Esquerra Republicana de Catalunya did, in the midst of a storm over the 'Pegasus case'. 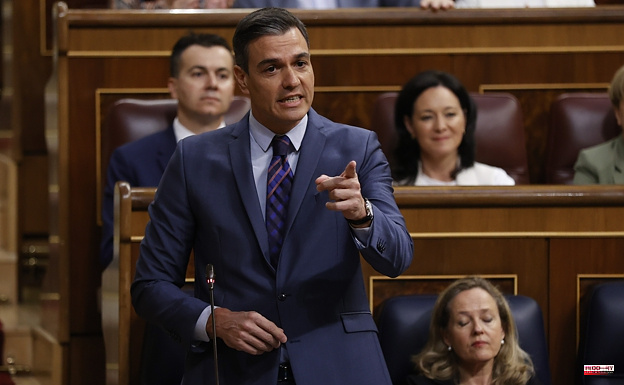 Pedro Sánchez today thanked EH-Bildu for avoiding using the vote on the anti-crisis plan to slap the government's ears, as Esquerra Republicana de Catalunya did, in the midst of a storm over the 'Pegasus case'. The head of the Executive has added, in any case, that his intention now is to restore "trust" with the Generalitat and has underlined that he is willing both to meet with Pere Aragonès, whose phone was tapped in 2019 by the CNI, and to meet the dialogue table as soon as the Catalan Government considers it.

This Wednesday's control session in Congress has still had the espionage uncovered a month ago by the 'New Yorker' as one of the main substantive issues. However, the tone of the usual partners of the Government is far from what could be perceived in the sessions prior to the dismissal of the director of the CNI, Paz Esteban. Dismissal that the Minister of Defense, Margarita Robles, has tried to disassociate, once again, from the pressures of the independentistas.

The issue, with different aspects, has been the common thread of all the questions addressed to the president: that of the popular Cuca Gamarra, that of the Peneuvista Aitor Esteban, and that of the Basque secessionist Mertxe Aizpurua. The first has blamed Sánchez for negotiating his investiture with a political force that he knew the CNI was investigating for links to violent acts; the second, has asked him to make sure that the Civil Guard does not have 'Pegasus', and the last, has guaranteed his willingness to work so that the investiture block does not crack and has asked him to act accordingly.

The head of the Executive has defended his relationship with the Catalan separatists against the PP and has boasted of having contributed to pacifying the situation using as a battering ram a survey published by the newspaper 'La Vanguardia' this weekend, according to which 70% of the Catalans do not now consider independence to be a "priority" objective. «When you governed, you sent 'piolines' and with us the Spanish team can play in Barcelona without problem. It is called harmony in the face of the discord that you always sow against Catalonia, whether in the Government - Sánchez has reproached Gamarra - or in the opposition ».

Shortly afterwards, when asked by Aizpurua about what he is willing to do now to rebuild the "progressive majority" after the crisis caused by espionage, the President of the Government limited himself to reiterating that his intention is to "continue with the dialogue". And he has assured Esteban that, unlike what happened with the PP at the moment, the institutions are not used "for partisan and spurious purposes to persecute political opponents with illegal financing." "That - he has affirmed - does not happen with this Government."

Last Thursday, most of the usual members of the Executive registered a new request to set up an investigation commission on the case, but this time (unlike what happened in the one rejected two weeks ago by the PSOE) the investigations would not be focused on the Government of Sánchez but on the "sewers" of the State. The PSOE has not yet ruled out supporting it, but the president has not said anything about it during the plenary session. although he has taken advantage of the situation to remember that the PP was "convicted of corruption."

“You pride yourself on being the PP of today, but you are more like the one from the day before yesterday, because yesterday they struck him down for denouncing a case of corruption by the president of the Community of Madrid,” he snapped after Gamarra said that his government had been born from a "diabolical pact." «The PP of the day before yesterday was more concerned with stopping the 'little book' of Bárcenas in any way, with hammer blows, hiring Villarejo and making a police misnamed political. The truths - he has insisted - hurt.

Neither has Sánchez ruled on the request from United We Can, ERC or Junts to declassify the judicial authorizations that endorsed the intervention of several mobile phones of independentists in 2019, including that of Aragonès.

1 The beautiful flagship of the Canadian 2 The big trio of the Blue Jays at the mound 3 CF Montreal: King of the Mountain 4 The Laurentians reserve will open 5 Is this a joke ? 6 Robles will meet this Thursday at the Pentagon with... 7 The Alicante Water Museum will host the presentation... 8 Montero, on the assumption of responsibilities by... 9 The IES 'Consaburum' team, winner of the... 10 Open Tennis Case: The mayors of Carmena Mayer and... 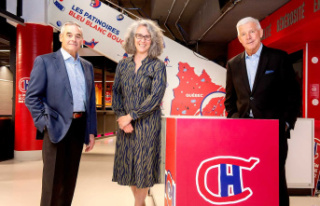 The beautiful flagship of the Canadian