Inauguration of the new Villafranca treatment plant, in which 3.2 million have been invested

The sub-delegate of the Government of Spain in the province of Toledo, Carlos Ángel Devia; The Director of Administration and Finance of Acuaes, Francisco Úbeda, and the Mayor of Villafranca de los Caballeros, Julián Bolaños, inaugurated this Friday the treatment plant built in the municipality of Toledo with a total investment of 3. 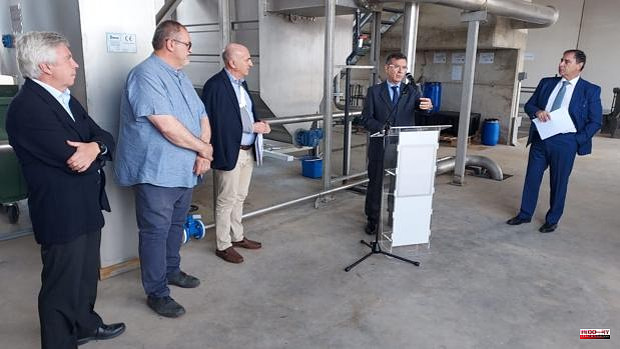 The sub-delegate of the Government of Spain in the province of Toledo, Carlos Ángel Devia; The Director of Administration and Finance of Acuaes, Francisco Úbeda, and the Mayor of Villafranca de los Caballeros, Julián Bolaños, inaugurated this Friday the treatment plant built in the municipality of Toledo with a total investment of 3.2 million euros. The president of the Guadiana Hydrographic Confederation, Samuel Moraleda, also attended the event.

From now on, the new treatment plant will make it possible to meet the sanitation and treatment needs of the municipality of Villafranca de los Caballeros, thus complying with Directive 91/271/CEE on the treatment of urban wastewater.

The sub-delegate of the Government has referred to the importance of these investments because "they result in a better quality of life for all" and the coordination and collaboration of the administrations is essential because when we all have the same objective it is easier for it to become a reality, The Subdelegation has reported in a press release.

Carlos Ángel Devia highlighted the contribution of the Government of Spain, through Acuaes, which is going to mobilize almost 2,100 million euros from the Recovery, Transformation and Resilience Plan to carry out this type of action that has been declared of general interest to the State.

For his part, the director of Administration and Finance of Acuaes, Francisco Úbeda, has stated that "the start-up of this facility is a common good" and is a before and after for this town.

The works, which have been carried out in 22 months, including six start-up months, have aimed to improve the quality of discharges into the Amarguillo River, a tributary of the Cigüela River, which provides flow to the Tablas de Daimiel National Park, contributing thereby to the conservation and protection of one of the most important wetlands.

The infrastructure will be able to admit flows of up to 60 cubic meters per hour and can reach peaks in the system of up to 144 m3/h, which makes it possible to treat the wastewater of a population of up to 10,875 inhabitants-equivalents.

A storm tank with a capacity of 500 cubic meters and two collectors with a diameter of 1,000 millimeters have also been built that will channel the wastewater for treatment in the treatment plant.

With the same objective of improving the quality of the water in the Parque de las Tablas de Daimiel, together with the Villafranca de los Caballeros treatment plant, Acuaes has carried out the works of a new WWTP in Consuegra, which is already in operation, and will to build another two facilities in the municipalities of Quintanar de la Orden and Madridejos.

1 Jucil and Vox charge against the Government for the... 2 One dead and one injured after an SUV left the road... 3 The Diputación allocates three million to help the... 4 The Cuban regime sentences the artist Otero Alcántara... 5 A man brutally beats the man accused of killing his... 6 Severodonetsk surrenders to the Russian onslaught 7 New audios compromise the Attorney General of Mexico... 8 The risk of nuclear conflict is now at its highest... 9 The UN assures that the Palestinian journalist of... 10 Sánchez offers to export Ukrainian wheat through... 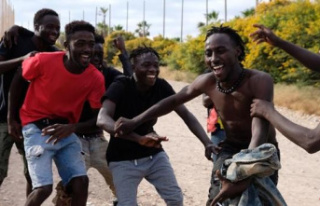 Jucil and Vox charge against the Government for the...