Another front opens for the Attorney General of the Republic (FGR), the largest judicial body in Mexico, supposedly independent. 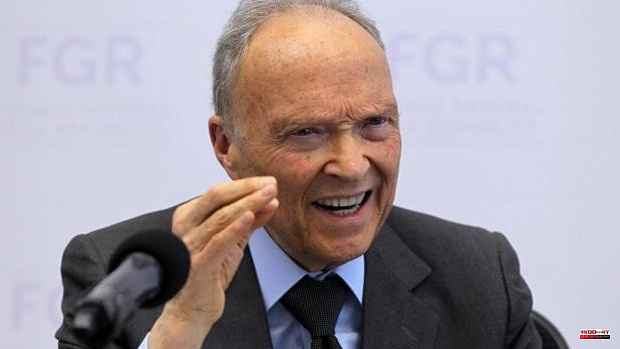 Another front opens for the Attorney General of the Republic (FGR), the largest judicial body in Mexico, supposedly independent. Alejandro Gertz Manero, the Attorney General, grows dwarfs due to the leak this Thursday of some compromising audios for alleged negotiations with the father of Emilio Lozoya Austin, former director of the Mexican state oil company Pemex and the main person involved in the bribery plot of the Brazilian oil company Odebrecht, the largest case of corruption in Latin America, affecting a dozen countries.

In this new leak, the prosecutor calls Emilio Lozoya Thalmann, father of the defendant, former director of Petróleos Mexicanos (Pemex), Emilio Lozoya, by phone to desist from an injunction and Gertz suggests changing his lawyer because otherwise “things are going to spoil»

There is the circumstance that in June 2020, the accused's lawyer resigned from his defense "due to differences over the strategy" of his client, Emilio Lozoya, who is accused of money laundering, bribery and criminal association. This is how the conversation with Lozoya's father went: "I'm going to follow your advice... we're going to look for decent people to defend you."

Previously, the defendant's father stated that the protection of his lawyer presented him without authorization, to which the prosecutor warned him: "I do not accept double language" and warned Lozoya Thalman that his defense was going to "spoil things ». He has not disclosed the date of the audios, however, for two years the Prosecutor's Office and Lozoya Thalman negotiated for him to become a protected witness.

The judicial body declared that there was no favorable treatment since the former director of Pemex would not have been able to repair the damage with the ten million that was demanded of him, 7.4 for the Odebrecht plot and 3.4 for the Agronitrogenados case, involved in the purchase of a scrap plant to Blast Furnaces in Mexico.

The conversations also affect Juan Ramos, Gerzt's right-hand man, who advises Lozoya's father on the documents he should provide so that he could see his wife upon arrival in Mexico, since at that time she was imprisoned in Germany. The Prosecutor's Office sentenced Lozoya's 72-year-old mother to 21 years in prison for having received 350,000 euros from an account related to bribes from the oil company Odebrecht.

1 The risk of nuclear conflict is now at its highest... 2 The UN assures that the Palestinian journalist of... 3 Sánchez offers to export Ukrainian wheat through... 4 Johnson warns Ukrainians who enter the UK illegally... 5 This is China's largest destroyer, valued at... 6 Shock in Portugal for the crime of a 3-year-old girl... 7 New electoral defeat for the British 'premier',... 8 Rebellion on board: the prosecutors who stood up to... 9 The Balkans feel relegated by the EU after Ukraine... 10 This is how US missiles destroyed a heavily armed... 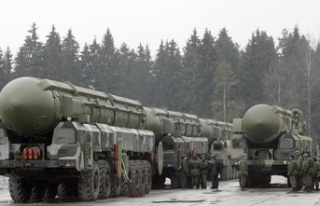 The risk of nuclear conflict is now at its highest...