The father of a murder victim relentlessly beat the man accused of killing his young son in an Ohio court. 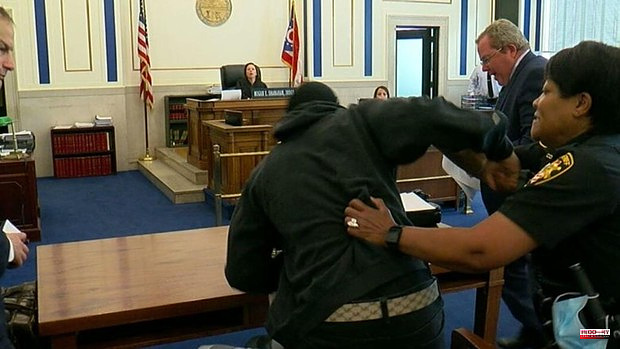 The father of a murder victim relentlessly beat the man accused of killing his young son in an Ohio court.

Desean Brown, 22, is facing charges for allegedly stabbing to death 29-year-old Nyteisha Lattimore and throwing her 3-year-old son, Nylo, into the Ohio River while he was still alive. If he is convicted, he could face the death penalty, but the boy's biological father, Antonio Hughes, couldn't wait to get justice on his account.

In courtroom footage obtained by Fox 19, Hughes can be seen in the back row of the Hamilton County courtroom before sneaking up on the defense table from behind and punching Brown in the jaw. with a right hook.

He continued to assault the defendant until two officers rushed him away.

In another video from WCPO 9, it can be seen that even after he was handcuffed and surrounded by three officers, Hughes continued to pursue the suspected killer by lunging at him. In the end, it took four officers to bring him down again.

Hughes was charged with contempt of court and will be jailed for seven days, WCPO 9 reported.

Brown is accused of stabbing Lattimore in December 2020 after planning her murder for months, investigators said. After killing her, he allegedly waited several days before putting her in a body bag and having an Uber take him to the Ohio River. He told the driver that the bag was just clothes.

Lattimore's body was found near the Purple People Bridge on Dec. 12, 2020. Detectives said Nylo's blood was found on a blanket with his mother's body. The boy's body has not been recovered.

Cincinnati police detectives told a judge earlier this month that Brown killed Lattimore because she miscarried a baby he thought was his.

1 Severodonetsk surrenders to the Russian onslaught 2 New audios compromise the Attorney General of Mexico... 3 The risk of nuclear conflict is now at its highest... 4 The UN assures that the Palestinian journalist of... 5 Sánchez offers to export Ukrainian wheat through... 6 Johnson warns Ukrainians who enter the UK illegally... 7 This is China's largest destroyer, valued at... 8 Shock in Portugal for the crime of a 3-year-old girl... 9 New electoral defeat for the British 'premier',... 10 Rebellion on board: the prosecutors who stood up to... 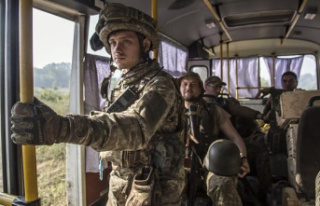 Severodonetsk surrenders to the Russian onslaught