"The shots that killed Abu Akleh and wounded his colleague Ali Sammoudi came from the Israeli security forces and not from indiscriminate shooting by armed Palestinians. 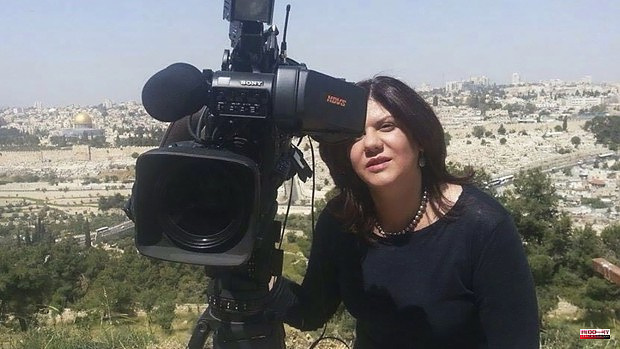 "The shots that killed Abu Akleh and wounded his colleague Ali Sammoudi came from the Israeli security forces and not from indiscriminate shooting by armed Palestinians." This is the conclusion of the investigation carried out by the United Nations into the death of journalist Shireen Abu Akleh. The study of the international organization repeats the same result of the investigations carried out by media such as 'The Washington Post' or 'The New York Times', all point to the Israeli Army as responsible for the shot in the head that ended the life of this reporter from 51 years of Al Jazeera channel.

On May 11, Shireen Abu Akleh was covering an Army operation in the Jenin refugee camp.

The veteran journalist, an icon of Palestinian journalism, was perfectly identified and protected with a vest and helmet, but this did her no good. Ravina Shamdasani, spokesperson for the UN Human Rights Office, assured during the presentation of the report that "there was no activity by Palestinian armed groups" in the area and that "several bullets were fired at journalists from the direction of the Israeli security forces.

The investigation of the international organization shows that the soldiers continued to shoot at an unarmed man who came to the rescue of Abu Akleh. A situation that can be seen in the images recorded by reporters. In the opinion of the UN, it is "very worrying that the Israeli authorities have not carried out a criminal investigation."

Despite all the advances in video surveillance that monitor any Army operation in the occupied territories, Israel bets on ambiguity and maintains as the official version that "Abu Akleh was not intentionally shot by a soldier" and that "it is not possible to determine if he was killed by a Palestinian militiaman or by a soldier. The Israelis claim the bullet, but the Palestinians refuse to hand over this evidence extracted during the autopsy to the reporter, who they plan to take directly to International Justice. Al Jazeera had access to a photograph of the projectile and it is a 5.56mm caliber, the same one used by Israeli forces' M4 rifles.

The Jewish State wants to turn the page as soon as possible, which is why it decided not to open a criminal investigation. There will also be no sanctions for the agents who brutally intervened in the reporter's funeral, in which they charged even the coffin bearers. The internal investigation of the Police, to which the newspaper Haaretz had access, concluded that there were "misconduct", but clarified that those responsible will not be punished.

1 Sánchez offers to export Ukrainian wheat through... 2 Johnson warns Ukrainians who enter the UK illegally... 3 This is China's largest destroyer, valued at... 4 Shock in Portugal for the crime of a 3-year-old girl... 5 New electoral defeat for the British 'premier',... 6 Rebellion on board: the prosecutors who stood up to... 7 The Balkans feel relegated by the EU after Ukraine... 8 This is how US missiles destroyed a heavily armed... 9 Afghans left alone in rescuing earthquake victims 10 Lasso makes concessions to initiate dialogue with... 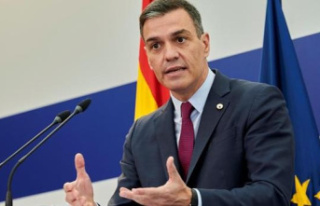