The Government of the Provincial Council of Toledo allocates three million euros to help municipalities so that they can face the rise in prices caused as a result of the economic crisis and the global economic situation. 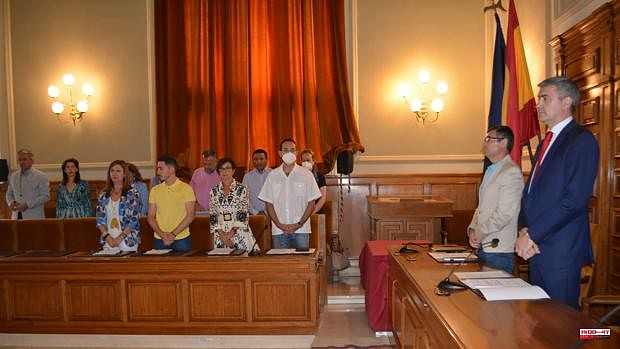 The Government of the Provincial Council of Toledo allocates three million euros to help municipalities so that they can face the rise in prices caused as a result of the economic crisis and the global economic situation.

This was announced by the spokesman and vice president of Cooperation, Infrastructure, Finance and Budget, Santiago García Aranda, in statements to journalists before the ordinary plenary session that was held this Friday at the Toledo Provincial Council.

«The allocation of direct subsidies, worth three million euros, to municipalities with fewer than 50,000, will help them cope with the execution of the investments they have planned and in many cases paralyzed as a result of the increase in prices derived from the inflation or, failing that, to make new investments", stated García Aranda.

The vice president has pointed out that “this is a commitment of the Government of Álvaro Gutiérrez, which was made public a few weeks ago and has now been put into effect; These 3 million euros will allow all the municipalities of the province of Toledo to carry out their different works that right now have a tender and in many cases are paralyzed as a result of the price increase»

The measure compensates for the extra cost of the works caused by the large rise in the prices of electricity, gas and fuels and the current war in Ukraine, which have caused a shortage in the markets and an extraordinary rise in the cost of certain raw materials that are necessary for the execution of certain works in municipal infrastructures.

These price increases were not reflected in the drafting and assessment of the planned actions, especially taking into account the large number of works promoted by the Diputación de Toledo through its investment programs, such as provincial plans, extraordinary municipal investment programs and programs to improve rural and urban infrastructure.

That is why the Government of the Provincial Council of Toledo considers it appropriate to adopt urgent and exceptional measures to alleviate the economic difficulties in these cases, which are going to cause or have caused an increase in the cost of the works to be carried out at the local level.

At the proposal of the vice-president of the Area of ​​General Affairs, Employment, Sports and Tourism Promotion, Fernando Muñoz, the institution's plenary session unanimously approved the request for consolidation over time of the 'Domingo Ortega Trophy' Contest for Steerers without choppers, which promotes the Provincial government.

The proposal refers to the recently convened for this year I Contest of novilleros without bullfighters 'Domingo Ortega Trophy', created by the Diputación de Toledo and the Community of Owners of the Plaza de Toros de Toledo, with the intention of promoting, disseminating and giving to know the Domingo Ortega Bullfighting School.

Thus, it has been proposed to the political groups with representation in the Provincial Corporation the commitment to maintain this bullfighting competition to guarantee its continuity over time and turn it into permanent support for the students of the Domingo Ortega Bullfighting School.

Also, that the Contest of novilleros without bullfighters of the Bullfighting School 'Domingo Ortega' serves to highlight the importance of the training project in the arts of bullfighting of the same, making it a model for the rest of bullfighting schools.

The approved proposal emphasized that the 'Domingo Ortega' Bullfighting School has become a benchmark for the city and province of Toledo in the world of bullfighting training, increasing its prestige in the bullfighting world and making itself known in the rest of the bullfighting schools of the Spanish geography thanks to its participation in bullfighting competitions and bolsines, practical classes, tentaderos and master classes given at the School's headquarters.

Before the beginning of the plenary session, a minute of silence was observed in memory and tribute to the former president of the Toledo Provincial Council, Marino Díez Moreno, who died last week.

1 The Cuban regime sentences the artist Otero Alcántara... 2 A man brutally beats the man accused of killing his... 3 Severodonetsk surrenders to the Russian onslaught 4 New audios compromise the Attorney General of Mexico... 5 The risk of nuclear conflict is now at its highest... 6 The UN assures that the Palestinian journalist of... 7 Sánchez offers to export Ukrainian wheat through... 8 Johnson warns Ukrainians who enter the UK illegally... 9 This is China's largest destroyer, valued at... 10 Shock in Portugal for the crime of a 3-year-old girl... 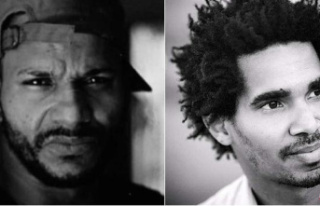