Severodonetsk surrenders to the Russian onslaught

Amid incessant shelling practically since the beginning of the war, the Ukrainian forces trying to maintain resistance in the small part of Severodonetsk that they still controlled are now being forced to leave the city to prevent the Russian Army, gates of the neighboring town of Lisichansk, surrounded them. 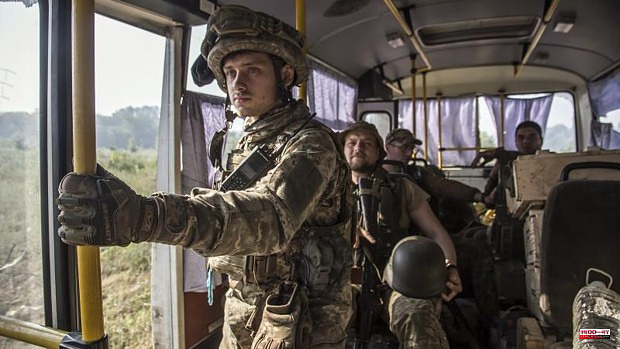 Amid incessant shelling practically since the beginning of the war, the Ukrainian forces trying to maintain resistance in the small part of Severodonetsk that they still controlled are now being forced to leave the city to prevent the Russian Army, gates of the neighboring town of Lisichansk, surrounded them. This has been confirmed by Sergei Gaidai, the governor of the part of Lugansk that controls kyiv.

As he writes on his Telegram channel, "the Ukrainian defenders of Severodonetsk have been ordered to withdraw to better fortified positions (...) tonight they abandoned the industrial zone in an organized manner." The Ukrainian official stressed that the Russian artillery "has been shelling Severodonetsk for four months on a daily basis (...) 90 percent of the buildings have been destroyed or damaged while approximately between 7,000 and 8,000 inhabitants remain in Severodonetsk and 10,000 in Lisichansk. », two of whose towns located a little further south, Gorskoe and Zolotoe, are already in the hands of Russian forces, according to municipal authorities.

"The entire area south of Lisichansk is totally occupied by the Russians," said Alexei Babchenko, the mayor of Gorskoe.

For his part, Roman Vlasenko, head of the Regional Military Administration of the area, stated that “the withdrawal of the Armed Forces of Ukraine from Severodonetsk will last several days, since there are still many units there. The withdrawal is taking place at the moment. Speaking to the US network CNN, Vlásenko said that in the Azot chemical plant, "there are 568 civilians (...) they will be able to leave as soon as the bombing stops, but towards occupied territory."

The Ukrainian media reported details of the withdrawal: “It was carried out at night, under fire, but there were no casualties. It is bitter to leave, but this decision had matured for a long time. The Ukrainian Army did more than it could in extremely difficult conditions. With no bridges or pontoons across the river, every day of the battle was sheer heroism," wrote 'Ukrainska Pravda' journalist Yuri Butusov.

The spokesman for the Russian Defense Ministry, Igor Konashenkov, reported yesterday that Russian troops have surrounded some 2,000 Ukrainian soldiers in the Severodonetsk area. According to Konashenkov, near the town of Gorskoe, south of Lisichansk, "there are about 1,800 soldiers, 120 fighters from the far-right group Pravi Séktor, about 80 foreign mercenaries, more than 40 armored vehicles and about 80 cannons and mortars." The Russian military spokesman asserted that, in the last 24 hours, "41 soldiers have ceased resistance and have voluntarily surrendered."

The General Staff of the Ukrainian troops warned that it will not comment on the withdrawal from Severodonetsk, whose surroundings it described as "the hottest area right now on the front." "Information about whether units of the Armed Forces of Ukraine are located in a certain area, including Severodonetsk, is now under secret," the statement said.

Speaking to AFP, a commander of the forces of the self-proclaimed Lugansk People's Republic (LNR), Lieutenant Colonel Andréi Marochko, insisted that the resistance of the Ukrainian troops in Severodonetsk and Lisichansk “makes no sense, it is useless. I believe that at the rate our soldiers are going, very soon the entire territory of the LNR will have been liberated." The officer assured that Lisichansk, the last town of importance to complete the capture of Lugansk, "is practically surrounded (...) we have logistical control." In addition, the road that connects the area with Bakhmut, from where the Ukrainian troops received supplies and ammunition, is already cut off.

Presumably, the Ukrainian resistance will now intensify in Lisichansk, the twin city of Severodonetsk on the other side of the Severski Donets River. The two population centers are not connected as all the bridges have been destroyed. However, military analysts believe that the control of Severodonetsk and, in due course, perhaps also of Lisichansk, will not be a major turning point in the war. The Russian Army and the separatist forces still have the conquest of most of the Donetsk region ahead of them after being weakened by the Ukrainian resistance in Severodonetsk having exhausted, some specialists believe, a large part of their resources.

1 New audios compromise the Attorney General of Mexico... 2 The risk of nuclear conflict is now at its highest... 3 The UN assures that the Palestinian journalist of... 4 Sánchez offers to export Ukrainian wheat through... 5 Johnson warns Ukrainians who enter the UK illegally... 6 This is China's largest destroyer, valued at... 7 Shock in Portugal for the crime of a 3-year-old girl... 8 New electoral defeat for the British 'premier',... 9 Rebellion on board: the prosecutors who stood up to... 10 The Balkans feel relegated by the EU after Ukraine... 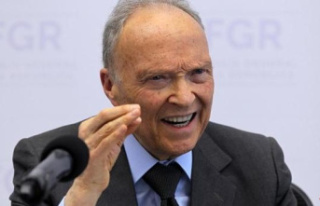