This Friday, around 8:40, there was a "massive jump" to the double fence of Melilla where several hundred sub-Saharans have managed to cross into Spanish territory by breaking the access gate to the autonomous city at the height of the Chinatown. 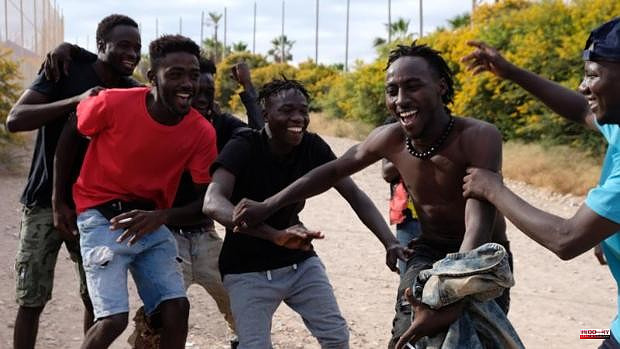 This Friday, around 8:40, there was a "massive jump" to the double fence of Melilla where several hundred sub-Saharans have managed to cross into Spanish territory by breaking the access gate to the autonomous city at the height of the Chinatown. This assault occurs 10 days after the last attempt, but has had a strong presence of Moroccan forces that have helped contain the immigrants.

It hasn't taken long for the reactions to arrive since the formation of Santiago Abascal, who himself has written on social networks that "our southern border suffers a constant invasion that ordinary Spaniards always suffer", accompanied by a 'tweet' from the official account of your party on the social network.

In the message published by the political party, he asks that Ceuta and Melilla be included in the Atlantic Alliance at the NATO Summit. From the branch of in the autonomous city they have published the same message as the national account.

Later, the Professional Justice Association for the Civil Guard, Jucil, has released a statement demanding that the Government take measures to support the agents who control the border with Morocco. “Hardly any measures have been adopted to contain possible jumps like the one that occurred today,” reads the beginning of the document. The first of the requests made to the Executive is the inclusion of the Army in the "control of the southern border."

"Hundreds of people have accessed and there, to contain this human tsunami, there were twenty members of the GRS of the Civil Guard, less than one agent for every twenty assailants on the fence", this quote from the general secretary of Jucil was included, Ernest Vilarino.

The police union highlights that the "civil guard staff is scarce" and the lack of adequate means and material, for this reason they ask for "better supplies, uniforms with protections that make it difficult for them to be injured", in addition to bulletproof vests that reduce the risk of impacts with more blunt objects.

1 One dead and one injured after an SUV left the road... 2 The Diputación allocates three million to help the... 3 The Cuban regime sentences the artist Otero Alcántara... 4 A man brutally beats the man accused of killing his... 5 Severodonetsk surrenders to the Russian onslaught 6 New audios compromise the Attorney General of Mexico... 7 The risk of nuclear conflict is now at its highest... 8 The UN assures that the Palestinian journalist of... 9 Sánchez offers to export Ukrainian wheat through... 10 Johnson warns Ukrainians who enter the UK illegally... 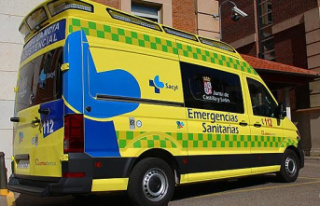 One dead and one injured after an SUV left the road...