The risk of nuclear conflict is now at its highest point since the Cold War: "It is very worrying"

The SIPRI 2022 Yearbook, from the Stockholm International Peace Research Institute, a report published on June 13 that assesses the current state of armaments, disarmament and international security around the world, indicated that it is expected that nuclear arsenals will grow over the next decade. 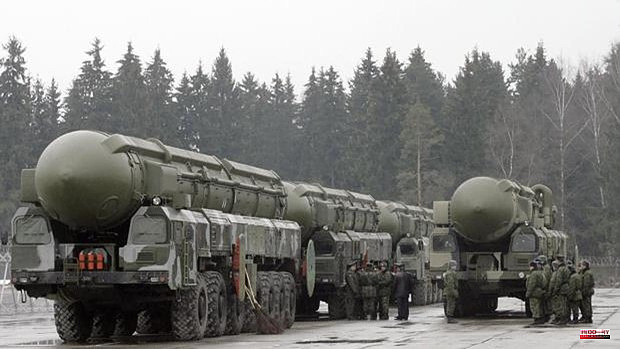 The SIPRI 2022 Yearbook, from the Stockholm International Peace Research Institute, a report published on June 13 that assesses the current state of armaments, disarmament and international security around the world, indicated that it is expected that nuclear arsenals will grow over the next decade. Although the total number of nuclear weapons in the world has decreased slightly between January 2021 and January 2022 (just before the beginning of the Russian invasion of Ukraine), the number is likely to increase in the near future, according to the investigation.

About 90% of the world's nuclear arsenal is owned by Russia and the United States, with a total inventory of 5,977 and 5,428 nuclear weapons, respectively.

The countries with the most weapons of this type are the United States, Russia, Great Britain, France, China, India, Pakistan, Israel and North Korea, and all of them continue to modernize their arsenal. The weapons that were dismantled in the US and Russia last year were already "retired" from the military services, leaving their usable nuclear weaponry largely unchanged.

"Although there were some significant advances in both nuclear arms control and nuclear disarmament in the past year, the risk of nuclear weapons being used appears higher now than at any time since the height of the Cold War," he explained. SIPRI Director Dan Smith.

"Relations between the world's great powers have deteriorated further at a time when humanity and the planet face a variety of profound and pressing common challenges that can only be addressed through international cooperation," said Stefan Löfven, President. of the SIPRI Governing Board.

“There are clear signs that the reductions that have characterized global nuclear arsenals since the end of the Cold War are over,” said Hans M. Kristensen, senior research associate in the SIPRI Weapons of Mass Destruction Program and director of the Information Project. Nuclear Federation of American Scientists (FAS).

"All nuclear weapon states are increasing or upgrading their arsenals and most are sharpening nuclear rhetoric and the role nuclear weapons play in their military strategies," added Wilfred Wan, Director of SIPRI's Weapons of Mass Destruction Program. “This is a very worrying trend.”

1 The UN assures that the Palestinian journalist of... 2 Sánchez offers to export Ukrainian wheat through... 3 Johnson warns Ukrainians who enter the UK illegally... 4 This is China's largest destroyer, valued at... 5 Shock in Portugal for the crime of a 3-year-old girl... 6 New electoral defeat for the British 'premier',... 7 Rebellion on board: the prosecutors who stood up to... 8 The Balkans feel relegated by the EU after Ukraine... 9 This is how US missiles destroyed a heavily armed... 10 Afghans left alone in rescuing earthquake victims 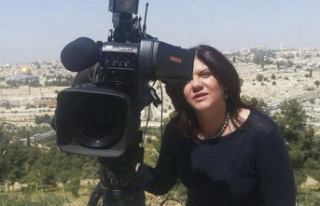 The UN assures that the Palestinian journalist of...