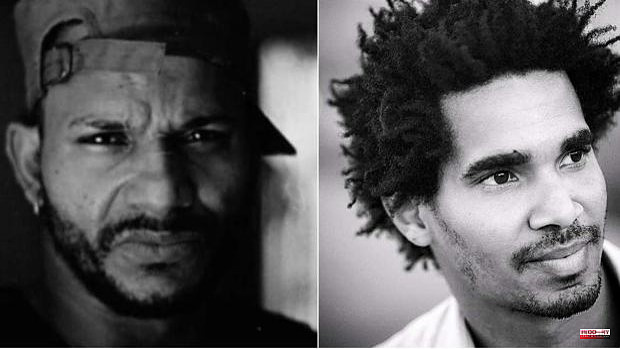 Cuban artists Luis Manuel Otero Alcántara and Maykel Castillo Pérez (Maykel Osorbo) were sentenced to 5 and 9 years in prison. According to information released by the Attorney General's Office of the Republic of Cuba (FGR), the Court's sanction was the result of "the proven facts and the participation of the accused."

Otero Alcántara was arrested on July 11, 2021. His sentence is based on a 'performance' in which the artist intervened in public space using a Cuban flag as a garment. The leader of the San Isidro Movement (MSI) was accused of the crimes of outrage against the symbols of the country, contempt and public disorder.

The Court "argued the express intention, sustained over time, of offending the national flag, through the publication of photos on social networks where it is used in denigrating acts, accompanied by notoriously offensive and disrespectful expressions, belittling the feelings of nationality and pride that the Cuban people profess to our national flag".

Maykel Osorbo was arrested on May 18, 2021 and prosecuted for escaping arbitrary detention and posting a meme of President Miguel Díaz-Canel and the regime's Prime Minister, Manuel Marrero, on social media. For these reasons, the rapper was accused of the alleged crimes of contempt, attack, public disorder and defamation of institutions and organizations, heroes and martyrs.

Both artists were also prosecuted for a peaceful protest they carried out on April 4 of last year, in which they sang 'Patria y Vida', a song that won two Latin Grammy Awards and has become a hymn of rebellion for Cubans. .

These “acts” provoked “an agglomeration of people who occupied the public thoroughfare and insulted the authorities; all of which they amplified in profiles, sites, channels and publications made on existing digital platforms in social networks, "explains the Prosecutor's Office.

Both lead the MSI, one of the most anti-establishment groups on the island, and have been victims of hundreds of arbitrary arrests, beatings, acts of repudiation and other repressive patterns orchestrated by Cuban State Security.

The defendants have ten days to appeal the sentence.

The trial took place on May 30 and 31 last. During those days, the Municipal Court of Marianao remained militarized, and although the trials in Cuba are public, they only allowed two relatives per defendant to enter the courtroom, not even the accredited foreign press or diplomats could enter; several human rights activists and independent journalists remained besieged in their homes.

During the trial, the prosecutor insisted that it was not a process for political reasons and that the defendants were not artists, but common criminals, however, for many the political background has been evident.

"Who are they to say who is an artist or not? How can it not be a politically motivated trial if they spent their time talking about defending the revolution?" Art curator and MSI member told ABC. Anamely Ramos.

For his part, Julio Llopiz-Casal, a visual artist cited as a defense witness, reported that a large part of the trial revolved around their conditions as artists: "It was evident that State Security was the entity that operated throughout the trial. , was seen both in the militarization outside and inside the room. It was all a setup. The Courts in Cuba are not independent, they do not impart justice, but they administer punishments».

In a country in which there is no separation of powers, in which the courts and lawyers respond to the ideology of the Communist Party and in which the practice of law independently is not allowed, it is impossible for a trial to take place just.

For Claudia Genlui Hidalgo, Otero Alcántara's partner, the sentence is arbitrary but it was not a surprise, rather "it was something we expected, not only because of what has happened with them, but with the processes of all political prisoners in Cuba. I don't think they will serve those sentences because we are not going to allow it. I believe in the unity of the Cuban dissidence, of all the exiles and of the Cubans who have remained inside the island, committed to the need to liberate Cuba. Therefore, we are not going to stop; this, somehow, gives us more strength, allows us to unite to continue doing everything possible and impossible so that they, and all political prisoners, are released.

The also member of the MSI has highlighted that both artists have been sick for several months and without access to impartial medical care, as they fear for their lives while they are in the hands of the regime. Maykel Osorbo has developed strange balls in various parts of her body that cause her pain and, until now, she has not had a reliable diagnosis. Otero Alcántara is "deteriorated by the stress and torture that this situation implies for him" and, in addition, he is losing the sight of one eye.

Among the first reactions, after knowing the sentence, is that of the NGO Human Rights Watch. «The Cuban authorities have condemned the artists Luis Manuel Otero Alcántara and Maykel Castillo. This decision is a farce that openly violates freedom of expression and association," wrote Juan Pappier, senior researcher at HRW's Americas Division, on his Twitter account, who then demanded "the immediate and unconditional release of Maykel and Luis Manuel».

1 A man brutally beats the man accused of killing his... 2 Severodonetsk surrenders to the Russian onslaught 3 New audios compromise the Attorney General of Mexico... 4 The risk of nuclear conflict is now at its highest... 5 The UN assures that the Palestinian journalist of... 6 Sánchez offers to export Ukrainian wheat through... 7 Johnson warns Ukrainians who enter the UK illegally... 8 This is China's largest destroyer, valued at... 9 Shock in Portugal for the crime of a 3-year-old girl... 10 New electoral defeat for the British 'premier',... 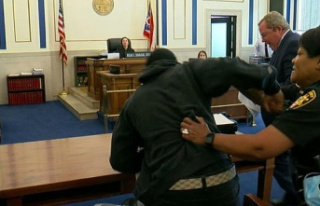 A man brutally beats the man accused of killing his...