A few days before the start of the XV Edition of the Vela Clàssica de Barcelona regatta, which will cast off next Wednesday, July 13, the highest competitive level has been confirmed, with different winners of previous editions such as Halloween, Alba or Yanira already registered. 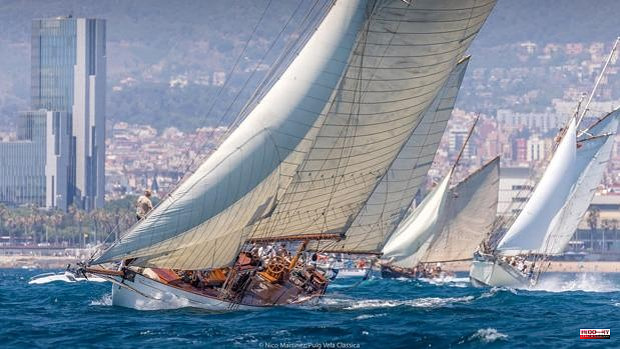 A few days before the start of the XV Edition of the Vela Clàssica de Barcelona regatta, which will cast off next Wednesday, July 13, the highest competitive level has been confirmed, with different winners of previous editions such as Halloween, Alba or Yanira already registered. In addition, crews from nine different countries, including Spanish, Italian, British, German, French and even North American, guarantee the internationalization of the event. About 30 boats and more than 300 top-level sailors, of different nationalities, will compete in the different categories with the same spirit as in previous editions: passion, teamwork, commitment and enthusiasm.

While the French fleet will be represented by the Madcap, armed by Thierry Rousselet and which will compete in the category of vintage boats; and the Matakiterani, which with her 11.20 meter length will do so in the classics, owned by Hervé Fradet and whose plans were designed by John G.

Hanna in 1929. The British fleet will do so with the Grayling designed by J.F. Clyne, a gaff cutter and armed by Rafael Carro, Alex Veccia's Winderking in the vintage category and the Argyll; a classic yacht in the Sparkman design

This year the schooner Sunshine, an excellent example of the tradition of classic sailboats, attends the Vela Clássica for the first time. She is the third 'sister' built to the design (No. 468) drawn up by W. Fife in 1900 whose plans were found in the Scottish Maritime Museum. The first two, the original "Sunshine" and "Asthore", were built in 1900 and 1902 respectively.

The construction of this Sunshine began at the end of 1999 totally faithful to that initial design. This yacht has the magic of William Fife designs known for their high speed and exquisite elegance.

Sunshine, which was launched in 2003, is a two-masted gaff-rigged schooner. With a length of 36.85m, she has a beam of 5.6m and a draft of 3.4m. The total sail area of ​​it is 492 m2. The interior, which is handcrafted from teak and rosewood, has been modified from the original design to allow for modern safety standards. The masts and spars are all Sitka spruce and the vertical rigging is galvanized steel. The semi-swept deck is solid Burmese teak (2 1/4" thick) long length quarter sawn, probably the last deck of this traditional type ever fitted to a racing yacht.

Given the integrity of her reproduction and her high aesthetic appeal, the Sunshine is accepted by CIM authorities as a vintage racing yacht; she although she well she could enjoy herself for a

1 Fernando and Carlos Flethes, great favorites among... 2 Iceta reiterates that it will not authorize the transfer... 3 The Castelao medals distinguish five personalities... 4 Diary of Santo Tomé (10): The rebellious altar boy 5 'Tartufo' arrives in Barcelona to put "his... 6 Alicante Pride 2022: a week of celebration from July... 7 With the capacity to shoot down planes or bombard... 8 A company from Seville puts up a million euros to... 9 The Salamanca Plazas y Patios program brings together... 10 The region, the only one in the PSOE that votes against... 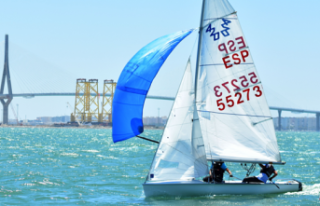