With the capacity to shoot down planes or bombard targets on the ground: these are the US destroyers deployed in Rota

One of the first news that the NATO Summit in Madrid has brought is the forthcoming arrival of two new destroyers from the US Army at the Rota naval base, which will be added to the four that have already been there since 2014 and 2015. 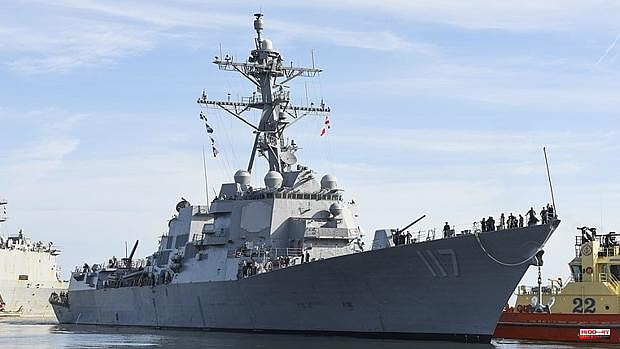 One of the first news that the NATO Summit in Madrid has brought is the forthcoming arrival of two new destroyers from the US Army at the Rota naval base, which will be added to the four that have already been there since 2014 and 2015. The announcement, of the United States, which took place precisely during Biden's trip to the Spanish capital, takes place just days after the last guided missile destroyer, the USS Paul Ignatius (DDG 117), arrived at the Cadiz base.

Arleigh Burke-class guided missile destroyer, it is the newest of the destroyers of the United States Naval Forces Deployed in Europe. She arrived at her new homeport on June 17, but before arriving in Rota, the USS Paul Ignatius has operated alongside British, Canadian, French, German and Norwegian allies as part of the Cable Car and Green Light exercises. .

Commissioned in 2019, Paul Ignatius is the second of eight Flight IIA “technology insertion” ships bringing enhanced capability and technological advances to US Naval Forces Europe and Destroyer Squadron 60. It is the 67th destroyer of the "Arleigh Burke" class of guided missiles, a class capable of performing a variety of missions ranging from maritime control and defense capabilities to peacetime presence and humanitarian assistance and disaster relief.

The ship's arrival in Rota is one of several scheduled homeport rotations to support the US Navy's long-term plan to gradually rotate Rota-based destroyers. These FDNF-E ships have the flexibility to operate in the waters of Europe and Africa, from the Cape of Good Hope to the Arctic Circle, demonstrating their prowess in maritime dominance.

The ship is named for Paul Ignatius, who was Secretary of the Navy under President Lyndon Johnson from 1967 to 1969. Ignatius previously served as a lieutenant in the US Navy during World War II.

The four destroyers that have already been in Rota since 2014 and 2015 are the USS Carney, the USS Donald Cook, the USS Porter and the USS Ross, integrated into the NATO anti-missile shield to face possible attacks by other foreign powers.

The Arleigh Burke-class USS Donald Cook was the first of four destroyers to arrive in Rota in 2014 as part of the US contribution to NATO's missile defense that the alliance agreed to develop during the NATO Summit. Lisbon of 2010 to protect European nations against potential ballistic missile threats.

It is named in memory of Colonel Donald Cook, a prisoner of war during the Vietnam War who died in captivity and in 2012 was awarded the 2011 'E' Combat Efficiency Medal. Equipped with the Aegis combat system, it was modified to have the ability to fire SM3 missiles, arrived in Rota in February 2014

In the face of the Crimean crisis, it was deployed in the Black Sea and flown over more than a dozen times at low altitude by a Russian aircraft.

The second to arrive was the USS Ross, of the same class «Arleigh Burke», twin of the USS Donald Cook. Her endowment is 300 sailors and she arrived in Rota in 2014 after leaving the base in Norfolk (Virginia).

The ship is 154 meters long, 20 meters wide and 9.4 meters deep, and has the ability to perform "multiple missions". She is designed to destroy enemy aircraft, missiles, submarines and surface ships to prevent attacks on allied forces.

The USS Ross is equipped with the most advanced naval weapons systems. Her anti-submarine warfare equipment can locate ships or submarines over 100 miles away. The USS Ross vertical launch system can launch long-range surface-to-surface and surface-to-air missiles. The five-inch tripod is used against enemy ships or boats or to bombard targets on land

Propelled by powerful fast response gas turbines, it reaches 30 knots. Commissioned on June 28, 1997, the ship was named USS Ross in honor of Captain Ross, who was awarded the Medal of Honor "for his heroism during the attacks on Pearl Harbor."

The USS Porter is the fifth ship to be named after two US naval legends: Commodore David Porter (1780-1843) and his son, Admiral David Dixon Porter (1813-1891). His exploits earned him the motto "Champion of Freedom."

Arleigh Burke class, like the previous ones, it is 154 meters long and 20 meters wide and reaches a speed of 30 knots. She is equipped with a ballistic missile defense system

The USS Carney, the fourth to complete the US deployment to Rota in 2015, is the first to be named after Admiral Robert Carney, who served as Chief of Naval Operations during the Eisenhower administration.

Following Tuesday's announcement and if approved by Congress, the two new US destroyers would arrive in 2024 and 2026, respectively.

This reinforcement of the anti-missile shield, already proposed with the Donald Trump Administration, is estimated to lead to an increase of 600 soldiers in Rota, in addition to forcing the reform of the bilateral agreement between Spain and the United States.

1 A company from Seville puts up a million euros to... 2 The Salamanca Plazas y Patios program brings together... 3 The region, the only one in the PSOE that votes against... 4 The King and Biden agree at the Royal Palace: "We... 5 Dozens of missing and charred bodies in the ruins... 6 The dismissed directors of Indra reveal that the Government... 7 Wave of robberies at San Roque de Lepe 8 Paco Roncero, the chef who feeds NATO leaders in Madrid 9 The impossible mission of approaching the Royal Site... 10 The Chamber approves the law that will help the municipalities 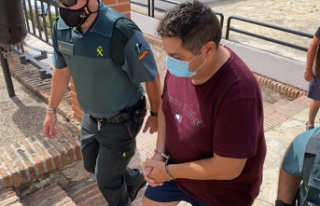 A company from Seville puts up a million euros to...