A company founded in Seville in 2011 with a single administrator and an initial capital of 3,000 euros has deposited one million in the account of the National Court to allow the release on bail of Javier Biosca, in provisional prison since he was arrested in June of the year spent weeks unaccounted for. 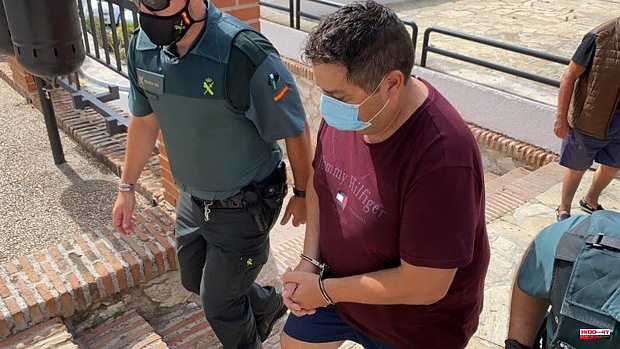 A company founded in Seville in 2011 with a single administrator and an initial capital of 3,000 euros has deposited one million in the account of the National Court to allow the release on bail of Javier Biosca, in provisional prison since he was arrested in June of the year spent weeks unaccounted for. Judge Alejandro Abascal has requested an urgent report from the Prosecutor's Office on the origin of the money.

It is the company «Strong Proyect S.L.» of which the administrator is a businessman who also appears in a wide variety of companies, Ignacio Pérez. It was incorporated in February 2011 and has not filed accounts in the commercial registry for at least four years. Its corporate purpose is broad.

From the hotel operation and nightclubs to the importation of alcohol and tobacco or agricultural activities, according to the description contained in the notarial act of its constitution.

“Before deciding on the sufficiency of the income, and in order to comply with the provisions of the order of April 1, 2022 on the origin and traceability of the bond, an urgent report from the Public Prosecutor’s Office on the sufficiency of the income and the origin of the funds is required. », Says the ruling signed by the instructor of Central 1 of the National Court.

The first step, however, has not been that, but the appearance of the businessman to guarantee that he is responsible for the company that provides the bond. This same Tuesday, he appeared before the Lawyer of the Administration of Justice with a copy of the company's incorporation documentation and proof of the transfer of one million euros via the Bank of Spain to pay the bail.

"He is constituted as Mr. Biosca's personal guarantor and is warned of the obligations that he undertakes in that capacity, advising him of the obligation he has to present Mr. Biosca as many times as he is called if he does not appear voluntarily, with a warning to transfer the amount deposited to the Public Treasury », said the lawyer after the appearance.

Biosca has already served a year in pretrial detention without his requests for freedom having succeeded until last March, the Criminal Chamber upheld an appeal and imposed that the release be made on bail of one million euros. In April, the judge issued an order ordering that in any case, the origin of the funds and their traceability be investigated when they arrived. Now, they're in the court account.

The instructor maintains that in his case, there is a risk of escape. He is being investigated for an alleged macro scam with cryptocurrencies that, in the style of a pyramid scheme, promised huge benefits for reinvestment that, at the moment of truth, did not materialize. He is accused of continued fraud, misappropriation and falsehood in a public document.

There are more than 300 victims in the National Court, grouped in representations such as the one exercised by Gran Vía Advocats or the Association of People Affected by cryptocurrency scams that Emilia Zeballos directs, while the instructor tracks the funds. According to the complaints, the volume of defrauded funds would rise to more than 800 million euros, considering both the initial investment not returned and the absence of the contracted increase.

It should be remembered that Biosca, despite the high lifestyle that the complaints against him collect, only had a Renault from twenty years ago in his name. Everything else, like the luxury villa in Marbella where, according to the plaintiffs, he held big parties to attract investors, was rented.

1 The Salamanca Plazas y Patios program brings together... 2 The region, the only one in the PSOE that votes against... 3 The King and Biden agree at the Royal Palace: "We... 4 Dozens of missing and charred bodies in the ruins... 5 The dismissed directors of Indra reveal that the Government... 6 Wave of robberies at San Roque de Lepe 7 Paco Roncero, the chef who feeds NATO leaders in Madrid 8 The impossible mission of approaching the Royal Site... 9 The Chamber approves the law that will help the municipalities 10 The Mónica Oltra case, pending the appeal of her... 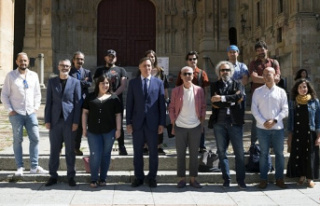