A women's futsal team from Burela (Lugo), a choir from A Coruña, an internationally famous 'meco' chef, a renowned journalist and a historic nationalist politician. 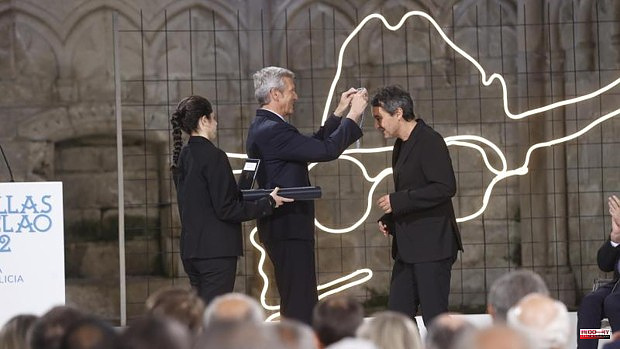 A women's futsal team from Burela (Lugo), a choir from A Coruña, an internationally famous 'meco' chef, a renowned journalist and a historic nationalist politician. A quintet of the most heterogeneous, but with a common denominator that has made them worthy of the privilege of wearing a Castelao medal around their necks for "enlarging" Galicia, each one in their own field and in their own way.

The setting could not be more solemn: the church of San Domingos de Bonaval, in Santiago de Compostela, where the mortal remains of the intellectual from Rianxeiro rest, who died in exile, and gives its name to the decorations awarded by the regional government. The president of the Xunta, Alfonso Rueda, alluded to Castelao on several occasions during the ceremony to claim "an integrating Galicianism" and a region in which "no one is left over", which is "so open and plural that it does not deserve to be reduced to little visions.

"The 'father of Galicianism' said that in the great work of Galicia there is room for everyone", claimed the president of the Xunta, and that open conception - he added - "is behind the success" of today's Galicia.

The five decorated, Rueda deepened, represent the Galicians "who make their homeland and land every day." For example, the historical nationalist politician Camilo Nogueira, who "believed in the possibilities of autonomy" and "who reached out to his Portuguese brothers" at a time when it was not usual, highlighted the president of the Xunta about the former deputy of the Galician Parliament and the Europarliament. «It is not necessary to share all the theses of a person to recognize all the merits that he has. He contributed and always worked for the progress of Galicia », said Rueda about a politician who, in many aspects, is at the ideological antipodes of the regional president. "I am wholeheartedly grateful that my work for this nation is recognized," Nogueira responded after receiving the award from the president.

The homeland is also gastronomy and chef Javier Olleros, alma mater of the Culler de Pau restaurant, finalist in the race for the award for the best chef in the world -which will be decided in September-, represents it well. "It shows that the cuisine that is made in Galicia is renewed without losing its roots and reaches unthinkable heights," said Rueda. «My duty is with culture and with a place, Galicia. A way of placing oneself alongside other cultures and maintaining one's identity”, highlighted the chef. Culler de Pau is the only restaurant in the Community with two Michelin stars.

Pescados Rubén is the best women's futsal team in the world, the pride of the small Lugo municipality. But its "most important" title is the promotion of equality in sports, Rueda ruled out. "We are a pioneering club in the defense of labor equality," boasted Joziane de Oliveira, one of the team's captains.

In addition, he was awarded the Castelao Javier Sánchez de Dios medal, a journalist "through whose keys and microphones the Galicia of recent decades passed", as defined by Rueda. And the distinguished journalist made it clear that it was a day "of honor and gratitude." It was also for the choir El Eco, which understood its award as "a tribute to the choral movements of Galicia". It was founded by Pascual Veiga, author of the music of the Galician anthem. And, how could it be otherwise, the act ended with the interpretation of the anthem by the award-winning choir.

1 Diary of Santo Tomé (10): The rebellious altar boy 2 'Tartufo' arrives in Barcelona to put "his... 3 Alicante Pride 2022: a week of celebration from July... 4 With the capacity to shoot down planes or bombard... 5 A company from Seville puts up a million euros to... 6 The Salamanca Plazas y Patios program brings together... 7 The region, the only one in the PSOE that votes against... 8 The King and Biden agree at the Royal Palace: "We... 9 Dozens of missing and charred bodies in the ruins... 10 The dismissed directors of Indra reveal that the Government... 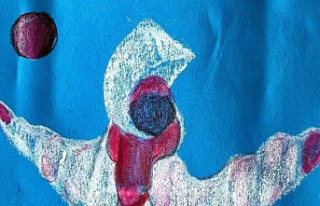