Between this Thursday, June 30 and Sunday, July 3, the Spanish Championship of the 420 class will be held in the waters of the Bay of Cádiz, a top-level event that has the Bahía Vela Specialized Sports Modernization Center as its center of operations. 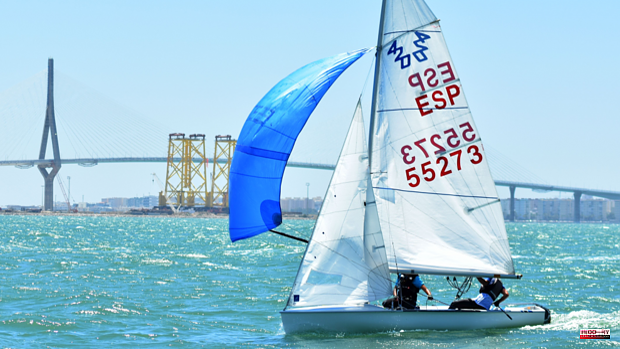 Between this Thursday, June 30 and Sunday, July 3, the Spanish Championship of the 420 class will be held in the waters of the Bay of Cádiz, a top-level event that has the Bahía Vela Specialized Sports Modernization Center as its center of operations. of Cádiz, headquarters of the Andalusian Sailing Federation, organizer of the championship by delegation of the Ministry of Education and Sports of the Junta de Andalucía.

For this reason, more than sixty crews from eight Spanish autonomous communities meet, to which are added five crews from Brazil, one American and one Portuguese, all of them taking advantage of their stay at the modernization center where they train periodically to measure themselves in regatta with the best rivals.

And it is that the number of sailors who attend the championship, joins the level of the fleet, guaranteed by the participation of all the winners of the Cups of Spain of the different categories held in April in Balearic waters. Among them, the Andalusian crew made up of the brothers Fernando and Carlos Flethes, from CN Puerto Sherry, current absolute champions of the national cup, a title to which they now intend to add the championship.

Facing the runners-up of Europe 2021 will be the second and third best from Spain, the CN Arenal crews made up of the Under 19 champions, Ian Clive and Finn Mike, and Marc Mesquida and Ramón Jaume Villanueva. The U17 champions, the Canarians Miguel Ángel Morales and Alejandro Martín, and the winning female crews of the Spanish Cup will also not be missing; the Balearic Islands María Perelló and Marta Cardona, absolute and Sub 19, and the Canary Islands Sara Díaz and Lola Hernández, champions Sub 17.

In addition to the Flethes, the host community is armed by forming crews with its best exponents. This is the case of the crews of Patricia Bañez (CN Puerto Sherry) and Adriana Serra (RCMT Punta Umbría) and the one made up of Marta Álvarez-Dardet and Paloma Flethes (CN Puerto Sherry) in Sub 17, a category that in men will have the crew by José Medel and Pablo Fernández, also from CN Puerto Sherry, as well as the couple formed by Susana Ridao and Elena Sofía Camacho, called to defend the host pavilion between females with absolute aspirations and Sub 19.

The Spanish Championship opens to the Absolute, Under 19 and Under 17 categories, all three in their male and female versions. After two days reserved for the confirmation of entries, boat measurement and final training, the qualifying tests will begin on Thursday 30th from 1:00 p.m. and will take place until Sunday, July 3 with a maximum of twelve in the program .

1 Iceta reiterates that it will not authorize the transfer... 2 The Castelao medals distinguish five personalities... 3 Diary of Santo Tomé (10): The rebellious altar boy 4 'Tartufo' arrives in Barcelona to put "his... 5 Alicante Pride 2022: a week of celebration from July... 6 With the capacity to shoot down planes or bombard... 7 A company from Seville puts up a million euros to... 8 The Salamanca Plazas y Patios program brings together... 9 The region, the only one in the PSOE that votes against... 10 The King and Biden agree at the Royal Palace: "We... 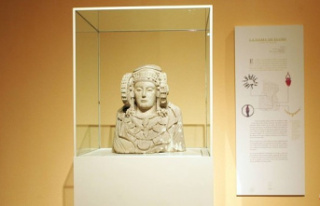 Iceta reiterates that it will not authorize the transfer...