Iceta reiterates that it will not authorize the transfer of the 'Lady of Elche': "Perhaps another minister will do it"

It is a claim that has been going on for years: the request from the Valencian authorities that the 'Lady of Elche' return to the city of Alicante. 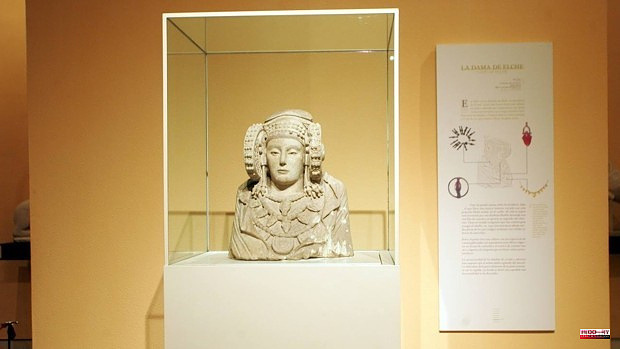 It is a claim that has been going on for years: the request from the Valencian authorities that the 'Lady of Elche' return to the city of Alicante. And, since Carmen Calvo authorized her temporary transfer in 2006, the debate has always been settled in the same way: the technical reports advise against her transfer. Miquel Iceta has referred to this argument again this Tuesday to justify the refusal of the Ministry of Culture to authorize this piece to travel from the National Archaeological Museum (MAN) to Elche.

“As long as the technical reports advise against the movement, as a minister I am not going to authorize it. The lady is a unique monument, don't talk to me about replicas and, as a minister, I would advise anyone not to put partisan political interests ahead of the safety of that piece", he said, in response to the Compromís senator, Carles Mulet, during the Culture Commission held in the Upper House.

Iceta has indicated that he "understands" the "legitimate aspiration" of the Elche City Council, but that he will not authorize the transfer because the technical reports indicate that it is a risk: "Perhaps another minister will do it." The report to which the head of Culture has referred is the one that the ministry made public last February, which warned of the danger of "landfalls" if the piece left its airtight showcase at MAN and the climate in Madrid changed, which «allows a good preventive conservation», by the humid one of Alicante.

In Senator Mulet's opinion, on the other hand, it is "a completely à la carte and outdated report", and he has criticized the constitution of a working group to update the studies on the state of conservation of works such as 'Lady of Elche', the 'Lady of Baza' or the 'Offering Lady' discredits the aforementioned report. "They are technical excuses to have a political alibi." Mulet has even said that the government's position corresponds to a "colonial treatment."

The initial request of the Elche City Council was a temporary assignment to be able to celebrate the 125th anniversary of the discovery, a position to which the regional president and Iceta's party colleague, Ximo Puig, joined. But Mulet has reminded the Senate that what his party is demanding is a definitive transfer. Iceta, who flirted with the idea of ​​moving pieces such as the 'Toros de Costitx' or 'Guernica' when he assumed the portfolio of Culture, has insisted that he will not make any decision that could endanger the 'Lady of Elche'.

The minister has maintained the same position since the end of last year, when the resignation of the previous general director of Fine Arts forced him to qualify his "cultural federalism" and commit himself to the integrity of state museums. «To me, who am not from Madrid, Madrid, Madrid, you will not convince me to give to the national museums, that is, from all the museums of the Spanish, and you will not convince me that the Ministry of Culture has a preference regional or another", said Iceta, in response to another question from Mulet.

"It is true that there is a controversy about the preservation of the integrity of the collections -he added-, but precisely this minister, if anything has been criticized, is his stubbornness that the collections can be moved and that the pieces that cannot are in danger of definitive erosion, such as the 'Dama de Elche', can be temporarily transferred and can be made available, from the proximity, to all Spanish citizens». And by way of example he has recalled that a painting by El Greco, after being bought, went to the Toledo museum: "The pieces that are recovered from abroad do not all go to Madrid, Madrid, Madrid, well-known chotis."

In these 125 years, since the 'Lady' was found by chance in 1897, the work has been transferred to Elche for two temporary exhibitions in 1965 and 2006. The last time, the then Minister of Culture, Carmen Calvo, made the decision against the reports issued by those responsible for the MAN. The report available to the ministry indicates that the piece "is in a delicate balance" and that "any transfer can trigger irreversible degradation processes."

1 The Castelao medals distinguish five personalities... 2 Diary of Santo Tomé (10): The rebellious altar boy 3 'Tartufo' arrives in Barcelona to put "his... 4 Alicante Pride 2022: a week of celebration from July... 5 With the capacity to shoot down planes or bombard... 6 A company from Seville puts up a million euros to... 7 The Salamanca Plazas y Patios program brings together... 8 The region, the only one in the PSOE that votes against... 9 The King and Biden agree at the Royal Palace: "We... 10 Dozens of missing and charred bodies in the ruins... 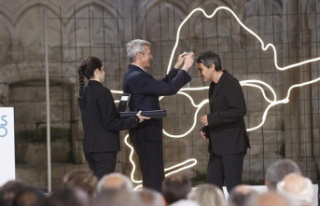