Of the five brothers, the first three were altar boys. 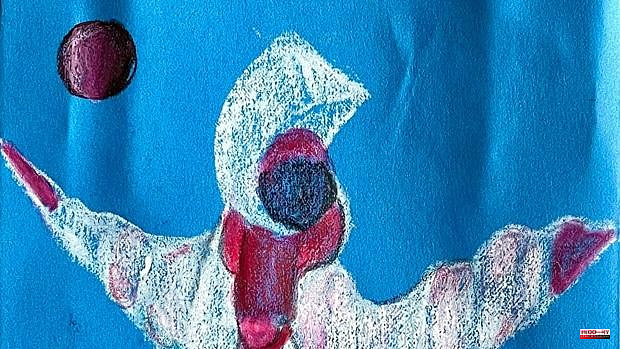 Of the five brothers, the first three were altar boys. The other two, who were born later, were saved by the apostolic zeal of my father, who forced us to celebrate the first nine Fridays of the month, which assured you that when you died you would do so in the grace of God, and the five first Saturdays of the month that you would not I remember they insured you. We had to go to mass every Sunday and holy day, confess on Saturday afternoon, not eat meat on Wednesday and Friday during Lent, fast from midnight if we wanted to receive communion the next day, get up from night to go in May and October to the rosary of the dawn, participate in the processions of the neighborhood, go on Palm Sunday with the palms, visit the monuments on Holy Thursday, do spiritual exercises, pray at meals, when going to sleep, when waking up, put votive lamps in oil on the night of the dead, set up the nativity scene, adore the Child Jesus at Midnight Mass, go to San Blas to have our throats blessed and to San Antón take the dog to have him bless.

In addition to going to a Catholic school.

At the end of Calle de Santo Tome, already leading to Calle del Ángel, is the convent of the Franciscan nuns of San Antonio. My mother says that she remembers them, during the war, leaving the convent dressed in civilian clothes, with short hair, with clothes given away by the people of the neighborhood, walking clumsily in line under the insults, laughter and humiliation of the militiamen. My mother always said that “they looked like scared little animals. They did not know how to walk, they walked with their eyes lowered, trembling in terror.

Las 'Antonias', as they are known in the neighbourhood, have a huge church with a baroque altarpiece that they now show to tourists in order to live. For a while my brother Carlos was the nuns' altar boy. The priest's name was Don Ángel Moreno and he was a preacher with an ostentatious, baroque and exaggerated style that the pious and parishioners liked very much. When he preached about the Virgin, he spent an hour saying compliments to her and moving his arms like windmill blades. Climbing up to the pulpit dressed in a chasuble and alb, handle included, he seemed like an unreal character. He said mass very quickly and in the summer he wore a scarf. He lived with a mistress whom he married when he hung up his robes. As a layman he continued with the scarf and became a dealer buying 17th century windows, chalices, patens and similar goblets in which he would consecrate wine and bread in the blood and body of Christ, bargaining in ruined nunneries for images of saints and virgins , whom when he was a priest he praised and acclaimed from the pulpit.

He walked a little lopsided as if he carried the weight of a cross on his right shoulder. It is true that we were the ones who went to help the priest, those of us who poured water for him to wash his hands, Lavabo inter innocentes manus meas, Et circumdabo altare tuum, Domine, those of us who rang the bell at the time of the consecration , Hoc est enim corpus meum, those of us who put the paten under the face of the faithful who were going to receive communion so that not a particle of the body of Christ fell to the ground, Corpus Domini nostri Jesu Christi custodiat animam tuam in vitam aeternam. Amen, those of us who passed the tray to deposit alms...

But the one who really exercised the profession of altar girl was my mother. She woke us up, dressed us, washed us and took us to the door to make sure we didn't go back to sleep like my brother Carlos did. My mother had to get up three or four times to wake him up, dress him, comb his hair, and practically put him on the street and push him out. Often even dressed, and when he went to sleep he would do the same and go to bed with clothes and everything.

1 'Tartufo' arrives in Barcelona to put "his... 2 Alicante Pride 2022: a week of celebration from July... 3 With the capacity to shoot down planes or bombard... 4 A company from Seville puts up a million euros to... 5 The Salamanca Plazas y Patios program brings together... 6 The region, the only one in the PSOE that votes against... 7 The King and Biden agree at the Royal Palace: "We... 8 Dozens of missing and charred bodies in the ruins... 9 The dismissed directors of Indra reveal that the Government... 10 Wave of robberies at San Roque de Lepe 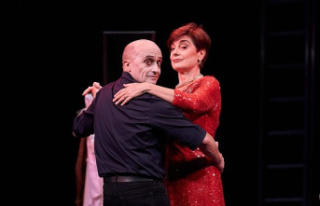 'Tartufo' arrives in Barcelona to put "his...