Castilla-La Mancha has been the only socialist autonomous community that this Tuesday has voted against the new model of residences and attention to the dependency of the central government. 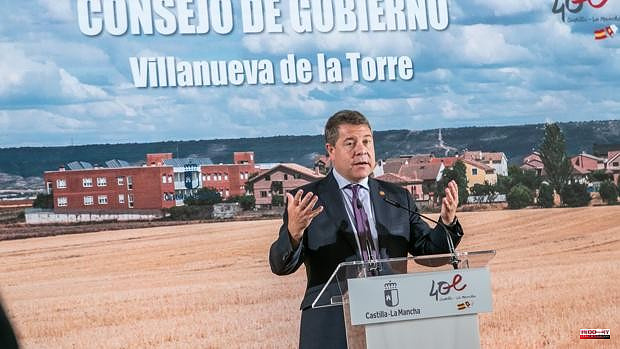 Castilla-La Mancha has been the only socialist autonomous community that this Tuesday has voted against the new model of residences and attention to the dependency of the central government. The regional president, Emiliano García-Page, proposes therefore to establish "an agreement between all the autonomous communities" so that the Government of Spain, this and future ones, "can never approve more regulations that involve spending for the municipalities or for the Autonomous Communities without the corresponding financing».

Page will take this approach to the next Conference of Presidents «and I hope to be able to comment in person to the President of the Government, Pedro Sánchez, when there is an opportunity, since many of the options that the regional Executive deals with are national in scope and must have their counterpart in national financing, something that, at the moment, they do not have," he criticized.

The head of the autonomous Executive has presided over a new itinerant Government Council this May in the Guadalajara town of Villanueva de la Torre, and has thus pronounced on the agreement approved between the Ministry of Social Rights and the Autonomous Communities to set the minimum requirements of dependency services in Spain, a document has gone ahead by 10 votes in favor and 9 against, among them, that of Castilla-La Mancha, the only community of the PSOE that has voted against, and after the change of position of the Government socialist from Extremadura, which has finally voted in favour.

In this sense, García-Page has lamented the tendency of the central government, "specialists in the policy of 'I invite and you pay', and who force you to buy a flat, but only finance the entry", and has opposed it to the regional model. “We here are governed by an approach of stability, elementary logic and a lot of moderation in all senses, with clear ideas and knowing what we want, but we do it by common agreement”, he added, criticizing that, despite accumulating eight years without regulated regional financing, "public services continue to be loaded on the backs of the Autonomous Communities and the municipalities, while in Spain they are dedicated to permanently dizzying the partridge".

He has also said that "it is more complicated" to reach an agreement in the Government of Spain and in the Congress of Deputies than to establish a common approach between the autonomous communities. "It will be more complicated to pass laws in Congress than agreements in NATO, and that says a lot about politics as it is going in this country," he has closed this issue.

1 The King and Biden agree at the Royal Palace: "We... 2 Dozens of missing and charred bodies in the ruins... 3 The dismissed directors of Indra reveal that the Government... 4 Wave of robberies at San Roque de Lepe 5 Paco Roncero, the chef who feeds NATO leaders in Madrid 6 The impossible mission of approaching the Royal Site... 7 The Chamber approves the law that will help the municipalities 8 The Mónica Oltra case, pending the appeal of her... 9 The Supreme Court ratifies the dismissal of Villar... 10 Formoso receives the Ence factory in As Pontes with... 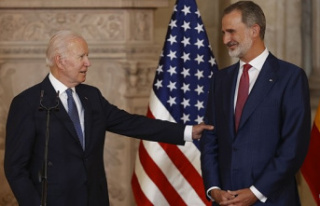 The King and Biden agree at the Royal Palace: "We...