Alicante Pride 2022: a week of celebration from July 11 to 17 to position the city as an LGTBI destination

Alicante aspires to position itself as an LGTBI destination and this year it has organized a full week -from July 11 to 17, 2022- of activities in celebration of Pride Day with the motto "Alicante with Pride for human rights: 365 activism and 1 to celebrate. 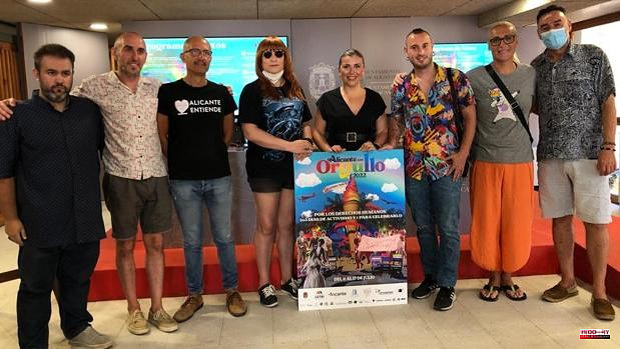 Alicante aspires to position itself as an LGTBI destination and this year it has organized a full week -from July 11 to 17, 2022- of activities in celebration of Pride Day with the motto "Alicante with Pride for human rights: 365 activism and 1 to celebrate."

The deputy mayor, Mari Carmen Sánchez, has taken advantage of the commemoration of the International Pride Day, which is celebrated this Tuesday, to claim "the summer of love, as the riots of 1969 were known and that gave rise to a movement that cannot be stopped ".

Thus, he has called for the celebration with "love, freedom and equality to start the summer" while he has stressed that "it is the most transversal and diverse programming of recent years", as reported by the consistory in a statement.

The activities, fully organized by the different associations of the city, will begin on the 11th with the institutional act that will take place in the Blue Room of the Alicante Town Hall, after which a commemorative banner will be displayed and will close on Saturday 16 with the demonstration of a claiming and playful nature that will tour the streets of the city.

As a culmination, the final party will be held in which a large group of artists will participate in the port of Alicante. The calendar is made up of an extensive program of events, free and open to all audiences, ranging from conferences, round tables or book presentations to recreational activities, role-playing games or sporting events, as well as film screenings and theatrical performances.

This year, as in previous editions, the emphasis will be on the fight against lgtbiphobia with a round table in which members of the National Police, Local Police, Civil Guard and Prosecutor's Office will participate. It is also planned to hold a seminar by the illustrator Iñigo Lanz on diversity on Instagram as a visibility showcase.

The cinema will also be present with the screening of short films with an inclusive theme that have been broadcast at the Alicante Film Festival, or literature with the presentation of the book by Jesús Marco "Cristopher, the boy from the subway", and the theater with the staging of "The dark stone" by the group from San Vicente del Raspeig.

Also, there will be a place for children's magic by the magician Charly and a monologue with the participation of the public by the humorist Elsa Ruiz. Likewise, on Saturday the 16th the week closes with the Bici Pride sports event that will tour the center of the city with a six-kilometre itinerary that will give way to the demonstration scheduled for 7:00 p.m. starting from the Plaza de Los Luceros.

Pride week is organized by the associations Alicante Entiende, We Understand and Ponts Alicante LGTBI, as well as the group Transformarte. The Tourism area intends to promote a series of actions to promote Alicante as an LGTBI destination through the sponsorship of three programs through the YOU! and an advertising campaign inviting people to visit the Pride in Alicante.

The program will be sponsored by Tourism and backed by the Department of Equality. Based on the experience of other years, the advertising and visualization impacts number in the thousands, since Canal YOU! It currently reaches more than 3,000,000 homes throughout Spain.

1 With the capacity to shoot down planes or bombard... 2 A company from Seville puts up a million euros to... 3 The Salamanca Plazas y Patios program brings together... 4 The region, the only one in the PSOE that votes against... 5 The King and Biden agree at the Royal Palace: "We... 6 Dozens of missing and charred bodies in the ruins... 7 The dismissed directors of Indra reveal that the Government... 8 Wave of robberies at San Roque de Lepe 9 Paco Roncero, the chef who feeds NATO leaders in Madrid 10 The impossible mission of approaching the Royal Site... 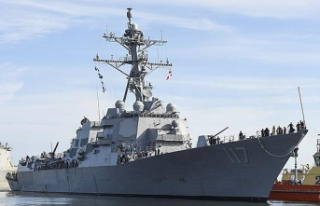 With the capacity to shoot down planes or bombard...