The 2021-22 Champions League, which ended up being the fourteenth in Real Madrid's brilliant list of winners, continues to be talked about. 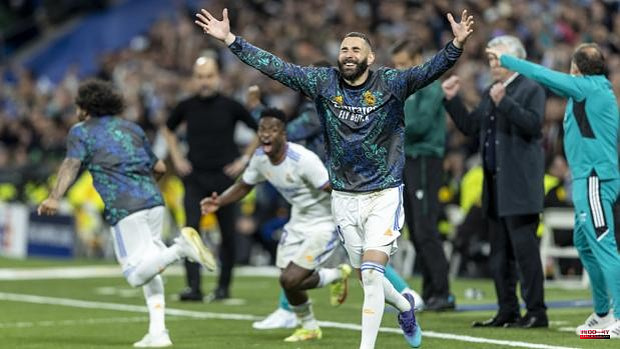 The 2021-22 Champions League, which ended up being the fourteenth in Real Madrid's brilliant list of winners, continues to be talked about. Because the excitement over the surprising comebacks by Carlo Ancelotti's men has not dissipated among the Madrid fans, who still boast of what they have achieved, and the rivals' wound remains open.

The last to refer to Real Madrid's title was Ferran Soriano, executive director of Manchester City, the rival, and victim, of the Whites in the semifinals of the European tournament. In statements to the 'Dr. Football' podcast, the 'citizen' director associated both Madrid's triumph in the last edition and their successes in the continental competition in the last decade with luck.

"People now talk about the success that Real Madrid has had in recent years and I think it's fair to say that there has been a bit of luck. Perhaps I could say that they deserved to lose against Paris Saint-Germain, against Chelsea, against us and against Liverpool, "said Soriano, who in a stage prior to his signing for City was economic vice president and general director of Barcelona during the first stage of Joan Laporta.

The manager of the English team assured that the Champions League is not Manchester City's priority objective, sharing the argument that coach Pep Guardiola has also defended on occasion.

"The Champions League is not the core of our goals because luck plays a role. There are a handful of games where it can be bad, like in the semi-finals, and you're out. Whoever wins the League is the best team in the League. It's what feeds us, what we do for a living," he explained.

These statements also follow the line of another ex-Barcelonista like Lionel Messi, now a Paris Saint-Germain player and also a victim of the European champion on his way to the final.

«The Real Madrid thing killed us. To me, to the entire dressing room in general, to all of Paris, because we had a barbaric illusion in that competition, and more how the game went, the result was a blow, "acknowledged the PSG star.

1 Morocco digs 21 graves to bury immigrants killed in... 2 At least five dead and 500 injured when a stand collapses... 3 The murderous basement of the Manuel Carmona street... 4 More than 1,600 minors are serving sentences for committing... 5 Madrid, armored and blocked by the NATO summit until... 6 Redexis: Green hydrogen, the key to a zero-emissions... 7 Spain bets big on the sustainable revolution of green... 8 The opportunity to structure the country on a new... 9 Nadal forgets the foot, Wimbledon begins 10 Tom Jones: The Crooner's Triumph 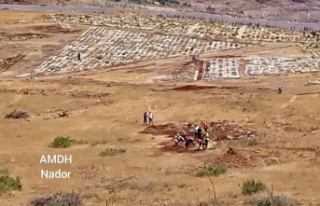