A strange event shook the people of Madrid on June 17, 1906: the death of five people and the serious injuries of two others for approaching the mouth of a cellar located under a tavern on Manuel Carmona street, near the Puente de Toledo. 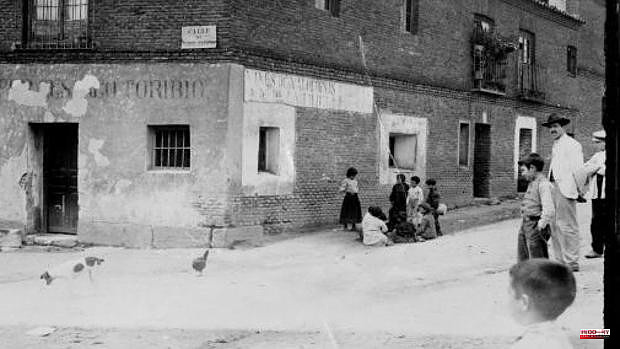 A strange event shook the people of Madrid on June 17, 1906: the death of five people and the serious injuries of two others for approaching the mouth of a cellar located under a tavern on Manuel Carmona street, near the Puente de Toledo. Mystery seemed to surround this lethal sinister, of which the chronicles of the time gave all kinds of details. But the reality turned out to be much more prosaic and harsh.

It was early in the evening and Cesáreo Toribio was in his establishment, a tiny tavern located at number 7 of the aforementioned street. In the basement of the premises, due to leaks in the water pipes, a flood occurred every winter that almost reached half the height of the walls.

When summer came, the owner spent a day draining and cleaning that basement. In this way, he could use it to cool wine in skins, and beer in bottles.

In this unrewarding task, each year he found the help of friends and neighbors, who in return were presented with a few glasses of wine. The year of the events, a nauseating smell came from the basement, which made Cesáreo think that the flood was going to be even greater than usual. So he asked the company that leased the cesspool to come clean it up.

No one answered the claim, so the tavern keeper decided to do it personally. And he asked his neighbor Juan Tovar for help: when he returned from work, at 7:30 in the afternoon, they set to work.

First they raised the iron grate that gives access to the basement, taking up to 80 buckets of dirty water through it. "When they could do no more with the bucket, they rested for a moment to see how to continue the operation," the chroniclers continued. Cesareo went to the inner rooms for a moment, while Juan Tovar entered the basement through a trapdoor behind the counter. He started down the steps and suddenly fell to the bottom, suffocated. The tavern keeper then reached the basement, and called his friend from the top of the trapdoor. Seeing that he didn't respond, he called for help, alarmed.

At their voices came another neighbor, Luis Tiller, who also fell to the bottom as soon as he set foot on the first steps. The tavern keeper then ran off to the Casa de Socorro de Latina, which was nearby.

Meanwhile, another neighbor, Ciriaco Esteban, arrived with some ropes. Trying to get the insiders out with them, he also fell inside. Those gathered, frightened, saw how Isidro Ortega and Juan Illana were also suffocated.

The tavern keeper's wife approached the trapdoor with a lighted candle, so that there would be light in the rescue tasks. But the fumes that came from there made her lose consciousness, and she also fell down the ladder.

At that time, members of the Casa de Socorro arrived at the tavern, along with firefighters and the Civil Guard, and the extraction work began. First, the two leaves of the basement door were opened to facilitate the escape of gases. In this way they were able to go down several steps of the ladder, and found the bodies of the people who had fallen at the bottom of the basement.

Misfortune persecuted the poor tavern keeper, whom his neighbors, learning of the cause of the event, blamed him for it and tried to lynch him. "He had to be guarded by the Civil Guard, who said they were taking him prisoner" to calm things down.

1 More than 1,600 minors are serving sentences for committing... 2 Madrid, armored and blocked by the NATO summit until... 3 Redexis: Green hydrogen, the key to a zero-emissions... 4 Spain bets big on the sustainable revolution of green... 5 The opportunity to structure the country on a new... 6 Nadal forgets the foot, Wimbledon begins 7 Tom Jones: The Crooner's Triumph 8 Técnicas Reunidas: Spanish technology for the industrial... 9 Carlos Taberner: «The buttocks and legs get more... 10 Bale drops from 20 million a year to a million and... 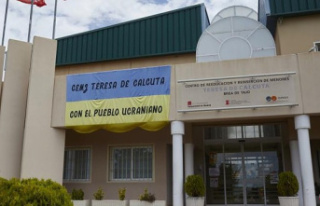 More than 1,600 minors are serving sentences for committing...