The Community of Madrid currently has six Centers for the Execution of Judicial Measures, of which five are located in the capital of Madrid (Renasco, Altamira, El Madroño, El Laurel and El Lavadero) and one in the municipality of Brea de Tajo (Teresa de Calcutta). 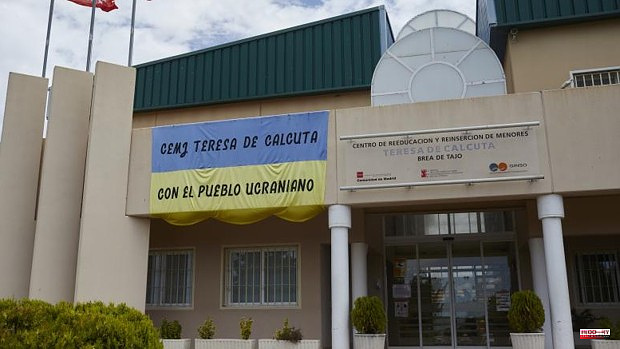 The Community of Madrid currently has six Centers for the Execution of Judicial Measures, of which five are located in the capital of Madrid (Renasco, Altamira, El Madroño, El Laurel and El Lavadero) and one in the municipality of Brea de Tajo (Teresa de Calcutta). All, with the exception of the latter, are publicly owned complexes: Altamira, El Madroño and Renasco managed directly by the regional administration, and El Laurel and El Lavadero indirectly, through an administrative service contract in force until December 31. 2022. To continue the work, a new contract is being tendered from January 1, 2023.

In total, the six spaces contemplate up to 292 places for judicial internment measures, 278 occupied (95 percent), differentiated by the type of regime: 97 (closed), 173 (semi-open), 8 (open) and 3 (in other autonomous communities).

Of these 95 foreign minors, 35 come from Morocco, 32 from Latin America (Colombia, Paraguay, the Dominican Republic, Venezuela, Honduras, Brazil, Bolivia and Peru), 12 from Romania and the other 16 from various countries such as Nigeria, Bulgaria, the Philippines, Equatorial Guinea, Algeria, Croatia, Poland, Portugal and the United States. In relation to the 1,347 young people forced to comply with open judicial measures and extrajudicial reparations, 786 are on probation, 353 must undertake socio-educational tasks and 94 benefits for the benefit of the Community, 5 have to undergo outpatient treatment, 4 maintain coexistence with another person or educational group and 100 deal with extrajudicial reparations.

Pending the publication of the Activities Report of the Regional Agency for the Reeducation of Minor Offenders (ARRMI) for 2021, the number of minors and young offenders treated last year (3,216) increased compared to 2020 (2,773), 2019 (2,845 ) and 2018 (2,878). Of the current 3,216, 15 percent were interned, while the other 85 percent have non-custodial measures. All in all, the Community of Madrid registers the second lowest rate of convicted minors and of criminal offenses committed by almost 1,000 inhabitants between the ages of 14 and 17 (according to the latest data available from the National Institute of Statistics for the year 2020).

The Teresa de Calcutta is the only one of the six dependent centers of the Community of Madrid that is privately owned. Its current occupation is 93 percent (128 minors and young people), and the most significant crimes are: 42 for robbery with violence, intimidation, force in an inhabited house and theft; 5 for homicide and 27 for attempted murder, 10 for murder and 5 for attempted murder, 13 for crimes against sexual freedom, 11 for injuries, 8 for domestic violence, 2 for attack on authority, 1 for self-indoctrination and 1 for a crime against public health.

ABC visited the complex last Saturday on the occasion of the presentation of the book 'My Once de Oro', in which the author, Antonio Fernández Marchán, is responsible for the program Mucho más que Fútbol, ​​established at the venue since 2012. In addition As part of this project, the center has a basketball school and pre-employment workshops in bakery, polychrome, ceramics, modelling, sculpture and decoration, artisanal woodturning, automotive, building maintenance, plumbing, graphic design and gardening.

1 Madrid, armored and blocked by the NATO summit until... 2 Redexis: Green hydrogen, the key to a zero-emissions... 3 Spain bets big on the sustainable revolution of green... 4 The opportunity to structure the country on a new... 5 Nadal forgets the foot, Wimbledon begins 6 Tom Jones: The Crooner's Triumph 7 Técnicas Reunidas: Spanish technology for the industrial... 8 Carlos Taberner: «The buttocks and legs get more... 9 Bale drops from 20 million a year to a million and... 10 The innkeepers of Madrid who want to teach Grant Achatz... 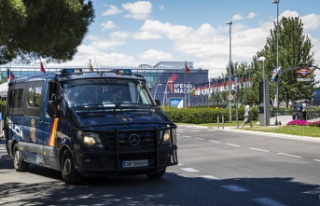 Madrid, armored and blocked by the NATO summit until...