The Moroccan Association for Human Rights (AMDH) in the Moroccan city of Nador has denounced this Sunday that 21 graves are being excavated in the Sidi Salem cemetery in Nador without autopsies or any investigation into the death of at least 27. 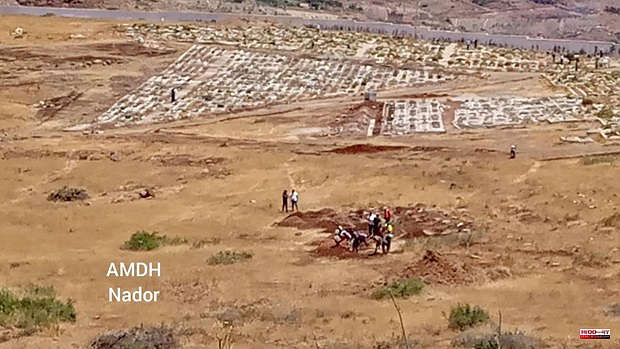 The Moroccan Association for Human Rights (AMDH) in the Moroccan city of Nador has denounced this Sunday that 21 graves are being excavated in the Sidi Salem cemetery in Nador without autopsies or any investigation into the death of at least 27. Migrants who died on Friday in an attempted assault on the Melilla fence.

"The fears we had have turned out to be real: this morning, the Nador authorities were preparing 21 graves in the Sidi Salem cemetery to bury some of the migrants who died on Black Friday at the fence," AMDH-Nador said in a statement. posted on Facebook.

The organization has warned that "the authorities intend to quickly hide the disaster we have experienced" and regrets that there is no investigation or autopsy of the bodies of the deceased, who have not been identified.

"It's a real scandal," he stressed.

Previously, AMDH-Nador had warned that the number of bodies accumulated in the Nador mortuary is "much higher" than the 27 that the organization itself has been able to confirm.

“Since last night, access to the Hassani de Nador Hospital is prohibited for journalists and the surroundings of the morgue are controlled by police and members of the auxiliary forces day and night,” he said. When asked, they have been explained that only the hospital management, the provincial authorities and the Police can give exact figures of deaths.

“The most important thing is that so far no autopsies have been performed on the bodies of the dead migrants. This means that the order to open an investigation has not yet been issued," said AMDH-Nador.

At least 27 people according to NGOs, 23 according to sources from the authorities cited by the official Moroccan press, died due to the intervention of the Moroccan security forces during the attempt of more than 2,000 sub-Saharans to cross the Melilla fence last Friday.

More than a hundred people were injured, including dozens of police officers, although only 18 migrants and one police officer were hospitalized on Sunday, admitted to the Hassani Hospital and the Oujda University Hospital.

After the clashes, Moroccan security forces handcuffed and piled immobilized migrants on the ground in the streets of Chinatown in the city of Nador, images that have gone around the world.

AMDH-Nador denounced this Saturday that in the Nador Hospital there are at least 15 corpses of migrants "lying on the ground and smelling". “Only two employees work there in very difficult conditions. The furniture and the floor are stained with the blood of migrants. The mortuary is full," the organization said on Twitter.

Several NGOs that help migrants have already demanded an investigation of what happened from the Spanish and Moroccan authorities. In the same way, they demand legal and safe routes for people who seek to migrate from their countries and reach Europe and ask that those who did manage to cross the border in the autonomous city "not be returned".

1 At least five dead and 500 injured when a stand collapses... 2 The murderous basement of the Manuel Carmona street... 3 More than 1,600 minors are serving sentences for committing... 4 Madrid, armored and blocked by the NATO summit until... 5 Redexis: Green hydrogen, the key to a zero-emissions... 6 Spain bets big on the sustainable revolution of green... 7 The opportunity to structure the country on a new... 8 Nadal forgets the foot, Wimbledon begins 9 Tom Jones: The Crooner's Triumph 10 Técnicas Reunidas: Spanish technology for the industrial... 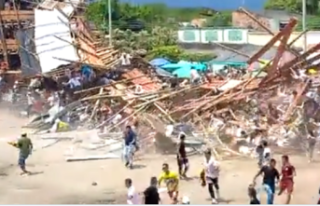 At least five dead and 500 injured when a stand collapses...