At least five people have died and 500 more have been injured after an improvised grandstand collapsed to form in the bullring in the municipality of Espinal, in the Colombian department of Tolima, during a party. 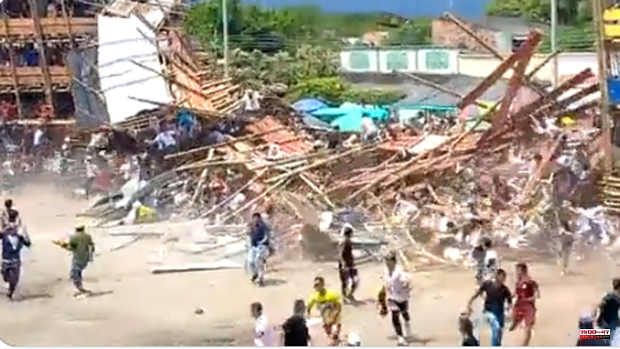 At least five people have died and 500 more have been injured after an improvised grandstand collapsed to form in the bullring in the municipality of Espinal, in the Colombian department of Tolima, during a party.

The moment of the collapse has been recorded in a recording in which you can see the collapse of several stands that has caused serious injuries to the attendees.

The new president of Colombia, Gustavo Petro, has shared a video with the accident on Twitter, in which he has taken the opportunity to ask the mayors not to authorize more celebrations "with the death of people or animals."

At the moment there are no official figures, but the Colombian press has reported at least five dead and half a thousand injured.

Civil Defense of Tolima has indicated that among the injured there are children, women, men and older people who attended the event.

The bull from the bullfighting show has escaped from the bullring and has unleashed panic in the streets of Espinal, for which a yellow alert has been declared in the municipality to be able to attend to the emergency, according to 'El Tiempo'.

Councilman Iván Ferney Rojas has also warned that the local hospital is collapsed, as well as the ambulance services. “We need support from neighboring ambulances and hospitals. There are many people still unattended. Our Hospital collapsed », he explained.

The Mayor's Office of Espinal lamented what happened through a statement asking for calm. “We deeply regret what happened in the bullring. We want to call for calm to the entire community. Once the emergency became known, the relief agencies acted immediately, achieving the evacuation of the injured for primary health care at the San Rafael Hospital in the municipality », he pointed out.

Major Luis Fernando Vélez, director of Civil Defense of Tolima, has announced the dispatch of lifeguards who collaborate in the rescue work of those affected who were left under the stands.

1 The murderous basement of the Manuel Carmona street... 2 More than 1,600 minors are serving sentences for committing... 3 Madrid, armored and blocked by the NATO summit until... 4 Redexis: Green hydrogen, the key to a zero-emissions... 5 Spain bets big on the sustainable revolution of green... 6 The opportunity to structure the country on a new... 7 Nadal forgets the foot, Wimbledon begins 8 Tom Jones: The Crooner's Triumph 9 Técnicas Reunidas: Spanish technology for the industrial... 10 Carlos Taberner: «The buttocks and legs get more... 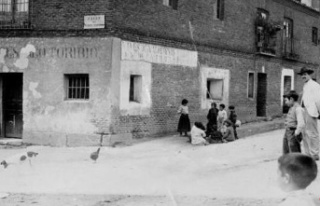 The murderous basement of the Manuel Carmona street...