Green hydrogen is not only configured as a powerful energy alternative and a vector of sustainable economic development, it has also become an element of territorial cohesion. 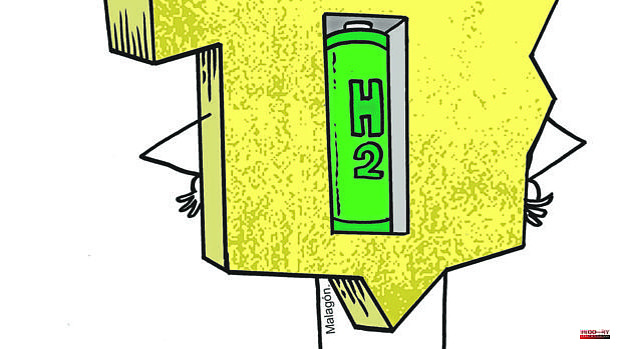 Green hydrogen is not only configured as a powerful energy alternative and a vector of sustainable economic development, it has also become an element of territorial cohesion. An opportunity for decentralization that can lead to a new industrial drive in all communities and territories. Therefore, the deployment of this technology is characterized by its capillarity. Collaborative projects are emerging in many corners of Spain that unite institutions, large tractor companies, SMEs and technology centers to illuminate an energy revolution that can become a great generator of employment that fixes the territory in the Empty Spain.

“The development of renewable hydrogen is a key element to decarbonize sectors that are difficult to electrify, such as heavy transport and industry.

. In addition, on many occasions these facilities are located in rural areas, so it is an opportunity to fight against depopulation and boost the local economies of these territories," says Santiago González, project manager at the Institute for Energy Diversification and Saving (IDEA). To do this, it is committed to a deployment of renewable hydrogen that combines generation and consumption, so the production of renewable hydrogen is local and is associated with the uses it will have, allowing imported fossil fuels to be displaced. "In addition, it is especially interesting in Just Transition areas, where two fundamental challenges are met: using renewable hydrogen in sectors that are difficult to decarbonize, and providing a new scenario to territories that have seen the closure of other activities," Add.

He gives the example of the Power to Green Hydrogen Mallorca project, the first renewable hydrogen industrial plant in Spain, which has been an alternative in the reindustrialization plan of a cement company in the Majorcan municipality of Lloseta, with less than 6,000 inhabitants. «The construction, operation and maintenance of this project involves the creation of some 250 direct jobs and it is estimated that it can generate more than 1,000 jobs related to other phases after the start-up and operation of all the facilities and, on the other On the other hand, around 7,500 related to transport and mobility, including indirect jobs, "says González. From IDEA they emphasize that "the public-private initiative is fundamental in the development of new clean energies, as well as in activities aimed at boosting local economies." The aforementioned project is promoted by Acciona, Enagás, Cemex, Redexis, the Balearic Government and IDAE.

In this project, green hydrogen will promote decarbonization through different applications: fuel supply to fleets of public buses and rental vehicles; heat and power generation for public and commercial buildings, and auxiliary power supply to ferries and port operations. "Likewise, part of this renewable hydrogen will be injected into the island's gas network, mixed with natural gas, which will reduce CO2 emissions from this fuel," advances the IDEA project manager.

Also noteworthy is the first industrial implementation of the HyDeal Ambition platform in Spain and Europe, which will supply renewable hydrogen for the production of green steel, green ammonia, green fertilizers and other low-carbon industrial products. The initiative is promoted by companies such as ArcelorMittal, Enagás, Grupo Fertiberia and DH2 Energy, and was officially established as an industrial joint venture in November 2021, after a one-year pre-feasibility study. "It will be the first large-scale integrated green hydrogen 'hub' in Europe, the largest decarbonization project for heavy industry in Spain in a territory (Asturias) where this industry is well established and contributes a lot to its economy," Thierry highlights. Lepercq, CEO of the platform and spokesperson for HyDeal Ambition. "It is a benchmark in sustainability and will help strengthen decarbonization and the future of industrial companies such as Arcelor and Fertiberia, and therefore of those regions," he points out.

As Lepercq recalls, most of the green hydrogen generation plants from photovoltaic energy will be installed in municipalities of the so-called Empty Spain. "This will bring about the creation of new direct jobs in these areas, associated first with the construction and then with the operation and maintenance of these plants and the indirect services that will be necessary to provide." In this case, projects will be developed not only in the 'upstream' (exploration and production) but also in the 'downstream' (transport, refining and marketing) of the value chain, for example in mobility. «It will be a factor of innovation and attraction for startups and highly qualified professionals. All this will contribute to developing a new industrial productive fabric in these areas, with quality and sustainable jobs, which will help establish the population and attract educated young people", highlights the executive president of the platform. Not forgetting that the projects will also be a sustainable source of tax revenue for local communities. "The objective is to contribute to giving these regions an image of technological progress, economic dynamism and a high ecological level, unleashing a logic of attraction", he clarifies.

These consortiums will make significant economic investments in Spain. They will need specialized labor in the new hydrogen industry, which is why they will attract new direct and indirect jobs, as well as in the training of these future workers. “The progress of these projects entails the hiring of Spanish companies to carry out the work, as is already being done in the HyDeal, both for the search for sites, the engineering of the plants or the hydrogen transport infrastructure. , as well as for its construction and future operation and maintenance”, indicates Thierry Lepercq. He also highlights that Spain is fortunate to have world-class engineering groups, "which will be able to make the most of the experience acquired in the projects, both because of their scale and because of their systemic dimension and their economic competitiveness." Although green hydrogen opens up a huge field of economic development around the world, "Spain has here a historic opportunity to establish a leadership position."

Another example of a green hydrogen consortium is SHYNE (Spanish Hydrogen Network), which will deploy projects in ten autonomous communities and will have a total investment of 3,230 million euros, generating more than 13,000 jobs. Repsol leads this consortium together with six companies, each a benchmark in its sector −Alsa, Bosch, CELSA Group, Enagás, Scania and Talgo−, which act as promoters of the initiative and have another 26 partners.

1 Nadal forgets the foot, Wimbledon begins 2 Tom Jones: The Crooner's Triumph 3 Técnicas Reunidas: Spanish technology for the industrial... 4 Carlos Taberner: «The buttocks and legs get more... 5 Bale drops from 20 million a year to a million and... 6 The innkeepers of Madrid who want to teach Grant Achatz... 7 Pérez-Reverte delves into the Mexican Revolution... 8 Intimate and never-before-seen photographs of Dora... 9 In the villages you are also welcome 10 Paula Sevilla flies in Nerja 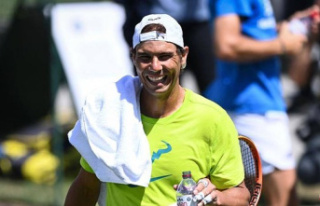