The decarbonisation of the planet with the horizon set at 2050 (with a scale of 2030) has become a global priority, promoted from Europe with a clear institutional commitment that has materialized in the huge investments of the Next Generation funds. 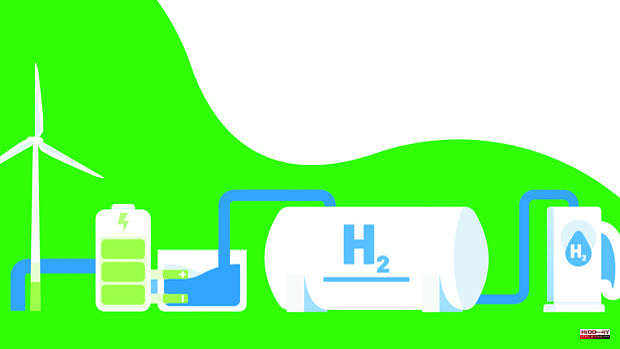 The decarbonisation of the planet with the horizon set at 2050 (with a scale of 2030) has become a global priority, promoted from Europe with a clear institutional commitment that has materialized in the huge investments of the Next Generation funds. In this drive, some technologies will play an essential role, such as green hydrogen. This indisputable energy vector of the future is also part of a path in which large Spanish companies and SMEs, in addition to research and training centers, are showing international leadership to trace a virtuous circle of innovation, sustainability and socioeconomic development.

As the President of the Government, Pedro Sánchez, declared during his visit, in February this year, to the National Hydrogen Center in Puertollano: "Thanks to European funds, it is possible to make approaches that go through reindustrializing the country, achieving energy autonomy , generate employment and promote the creation of companies, also helping to mitigate climate change.

A scenario in which, as highlighted by the sector, Spain will not only be able to approach energy independence, but even become an exporter of green hydrogen.

Within the Perte (Strategic Project for economic recovery and transformation) of renewable energies, renewable hydrogen and storage, part of the Recovery, Transformation and Resilience Plan (PRTR), it is established that almost 40% of the investments will be allocated to the transition ecological. With the 'NextGen Energy' hallmark, this initiative aims to allocate the bulk of the aid lines and actions between 2022 and 2023, with an execution period of up to 2026 and an estimated creation of more than 280,000 jobs.

As Brey points out, this sustainable economic-business performance entails the ratification of a phenomenon that has existed for decades: "Hydrogen and its associated technologies have been known for a long time... the first electrolysers are more than 120 years old (our association was created 20 years, when green hydrogen was not fashionable), the concept 'hydrogen economy' was published for the first time in 1970... In the last 30 years, the technology has matured, and it is time to develop new applications to improve efficiency , the price, etc. Among these efficiency improvements, the specialist underlines the importance of water management for electrolysis: "The electrolyser plan could be met with 0.4% of the water that is lost in the redistribution of water that, for various reasons, is loses and does not reach homes and businesses.

As for the price, and as Marcos López Brea, general director of DH2 Energy and director of the Renewable Hydrogen Executive Program at the EOI (School of Industrial Organization) points out, at its headquarters in Madrid and Andalusia, the horizon seems hopeful: «For producing one kilo of brown or gray hydrogen emits, on average, 10 kilos of CO2 into the atmosphere. A very relevant environmental impact that has made companies have to pay for them from five euros a few years ago to the current 80 euros. Quite a challenge for intensive industry and electricity generation against which renewable hydrogen will be able to be competitive by 2025.”

The key, once again, lies in renewable energies, necessary for a sustainable treatment of hydrogen electrolysis, by which this element is separated from oxygen during its immersion in water. As the specialists point out, photovoltaic solar energy has become a real key to access this possibility, so that Spain could be among the main producers of green hydrogen along with countries such as Australia, Chile or Morocco or, as in the case of Denmark for its capacity to generate 'off shore' wind power (from the sea).

On the ground, Iberdrola has inaugurated in Puertollano (Ciudad Real) the largest green hydrogen plant for industrial use in Europe, with an electrolyser capable of producing 3,000 tons of renewable hydrogen per year (which would avoid up to 48,000 tons of CO2 per year) . The green hydrogen produced at the Iberdrola plant can be used in the ammonia factory that Grupo Fertiberia has in Puertollano, which will reduce the plant's natural gas needs by up to 10%. In the future, the waste heat produced as a result of the electrolysis process could be used to provide hot water and residential heating to the town of Puertollano (Ciudad Real).

Production, transportation, distribution... and legislation, as Rafael Cossent, co-director of the Hydrogen Studies Chair at the Comillas Pontifical University's School of Engineering (Comillas ICAI), points out: "In the short and medium term, high prices energy costs and a greater concern for the security of supply are not the main obstacles that hydrogen production projects are encountering. In the first place, the regulatory and normative framework applicable to the production, transport, storage and commercialization of hydrogen is not yet sufficiently developed. This means that projects often face excessive requirements, derived from regulations designed for other uses, while creating a context of regulatory uncertainty.

Public financing or guarantees of origin are already in the development phase, to which can be added, as the professor comments: «public procurement policies linked to the use of decarbonized raw materials or contracts for differences linked to carbon prices ».

Professor Cossent also highlights, in this case in relation to the commercial field, how many renewable hydrogen production projects have difficulty finding someone to ensure the purchase of this hydrogen: «The 'offtakers' is a new problem of the 'chicken and the egg'. On the one hand, the potential consumers of hydrogen (industries, cogeneration, transport companies, etc.) need to be assured of prices that are sufficiently low and stable to allow them to undertake the necessary investments and transformations. On the other hand, production projects cannot ensure price stability without first achieving financial and commercial viability supported by supply contracts”.

Returning to the need for support from public administrations, López-Brea points out how the arrival of funds and investment vehicles will be fundamental in these first steps of our sustainable future: «Infrastructure is needed, in an area in which scale is very important to be efficient. Therefore, large plants have to be built, as is the case with electrolysers, which have to increase in size. The success of these measures will allow us to continue, even without the need for aid or subsidies for production.”

Hydrogenera, hydroducts... new terms that we will get used to using while this part of the energy sector progresses adequately. And that, in the first instance, those who are being trained (or recycling) handle them. «The Roadmap includes, in its measure 37 (highlights Brey) the need to promote hydrogen training at all educational levels. It is necessary that they are already in Compulsory Secondary Education or Vocational Training, in a path that ranges from the maintenance of an engine, a fuel cell or an electrolyser to the work of engineers and doctors». In this environment, specialized master's degrees already coexist with specific online courses of all kinds, enablers for the different phases of the process.

This model does not speak only of engineering, but of management, of organization, so the training includes that of the company's own concepts, from planning to operation (more necessary the larger the projects). Everything counts in the projection of this economic development vector that, according to a report by Irena (International Renewable Energy Agency), could cover about 20 times the estimated global demand for primary energy (before being transformed) in 2050.

Ursula von Leyen, President of the European Commission, highlighted the present and future in relation to green hydrogen during her speech, last May, at the European Conference on Hydrogen Energy, held in Madrid and organized by the Spanish Hydrogen Association : «The transition cannot wait. It is more urgent than ever to scale up alternative energy sources and carriers." Von Leyen stressed to those attending the event how Spain can be a great source of inspiration for the rest of Europe. «For at least three reasons: Spain is a European and world leader in renewable energies; it has built, over the years, a rich and diversified network of energy providers, and has become a very attractive country also for green hydrogen.”

"Photocatalysis or solid oxide electrolyzers (compared to the current alkaline ones), or improvements in compressors to increase pressure for transport are going to be able to be accelerated (says López-Brea) with new investments, essential for innovation to translate in large-scale commercial equipment. In Spain we have centers for this, such as the Hydrogen Foundation of Aragon. Ciemat (Center for Energy, Environmental and Technological Research), Autonomous University, CSIC, the National Hydrogen Center, etc».

Technology, therefore, becomes essential in the Perte ERHA (Strategic Project for the Recovery and Economic Transformation of Renewable Energies, Renewable Hydrogen and Storage) promoted by the Spanish government, which can consolidate Spain's competitive advantage for development of green hydrogen. From the private sector, companies such as Enagás, through Enagás Renovable, join this innovation effort with a portfolio of more than 34 renewable hydrogen development projects, in collaboration with other partners. According to a report by Wood Mackenzie, a consulting firm specializing in the energy, chemical, renewable energy, metals and mining industries, this first quarter of the year has ratified Spain as the second country in the world, behind the United States, in innovation projects in green hydrogen.

In the case of the Community of Madrid, the IMDEA Energy Institute, dependent on the Madrid government, is working on research that also addresses environmental, economic and social aspects, as is the case with the European projects eGHOST and SH2E, both coordinated by the institution.

In the case of eGHOST, it was presented at the prestigious European Fuel Cells and Hydrogen Conference 2021, as one of the research contributions to mitigate the effects on the environment of the process necessary to obtain green hydrogen, in line with what is marked in the Spanish Strategy for Science, Technology and Innovation 2021-2027 and with the Roadmap of the Spanish government, which highlights the importance of "fostering the innovative value chain, applied knowledge of the industry, the development of pilot projects throughout the national territory and support for just transition zones.

1 The opportunity to structure the country on a new... 2 Nadal forgets the foot, Wimbledon begins 3 Tom Jones: The Crooner's Triumph 4 Técnicas Reunidas: Spanish technology for the industrial... 5 Carlos Taberner: «The buttocks and legs get more... 6 Bale drops from 20 million a year to a million and... 7 The innkeepers of Madrid who want to teach Grant Achatz... 8 Pérez-Reverte delves into the Mexican Revolution... 9 Intimate and never-before-seen photographs of Dora... 10 In the villages you are also welcome 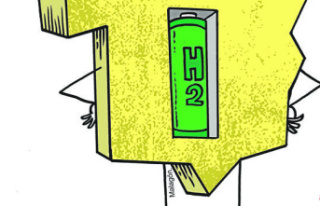 The opportunity to structure the country on a new...