Redexis, as a comprehensive energy infrastructure company, is committed to promoting renewable gases as key vectors to overcome the challenges related to economic recovery and emission reduction, as well as to guarantee supply security. 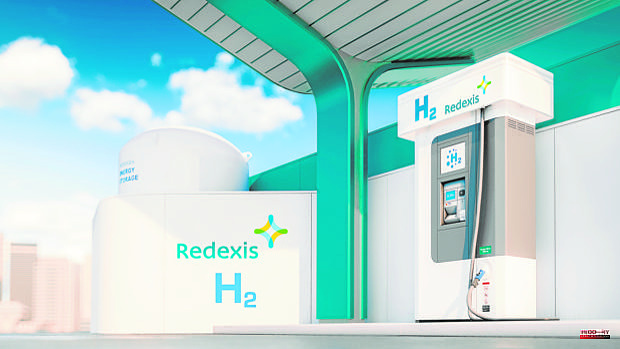 Redexis, as a comprehensive energy infrastructure company, is committed to promoting renewable gases as key vectors to overcome the challenges related to economic recovery and emission reduction, as well as to guarantee supply security.

Integrated among renewable gases, the company is aware of the role that hydrogen plays on the path to a sustainable energy future and is committed to its development with the aim of injecting it into existing transport and distribution networks.

The relevance that hydrogen is acquiring is evident when observing the great importance that the different governments at European level give it, which represents new investment opportunities for Redexis in assets with a neutral footprint, and that, in case of transporting it through the networks, would allow decarbonizing final uses that are difficult to electrify.

Green hydrogen is the one that is produced from renewable sources, so it does not emit carbon dioxide during its production and is the best alternative for an emission-free future. This energy vector can also be injected into the natural gas transport and distribution networks, thus taking advantage of the existing infrastructure for the use of energy that is still in its infancy.

Redexis actively participates in the most significant projects in the national environment that coincide in the importance of hydrogen to decarbonize the economy, promote reactivation, fair transition and achieve a circular economy.

The company participates in Green Hysland, the first strategic project in southern Europe financed by the EU, which, through the Clean Hydrogen Partnership, has committed 10 million euros to support the deployment of the necessary infrastructures. The goal is to make Mallorca's renewable hydrogen ecosystem a reality in the 2021-2025 period, bringing together all the core elements of the hydrogen value chain through production, transport and distribution infrastructure, and end use of hydrogen. renewable hydrogen.

Within this project, Redexis will build the first 'hydroduct' in Spain, as pioneers in the realization of this infrastructure that will allow the transport of renewable hydrogen from the Lloseta production plant to homes, businesses and industries in Mallorca.

On the other hand, the company participates in the Zeppelin project, which works on the development of green hydrogen production and storage technologies based on the use of waste and by-products to improve cost and efficiency. Redexis is responsible for the storage of green hydrogen in the form of ammonia.

Regarding the mobility and transport of hydrogen, Redexis works together with Air Liquide in the Desire H2 project, which consists of the development of the deployment of a network of up to 100 hydrogen refueling stations in Spain before 2030, dedicated mostly to heavy mobility. This will accelerate the development of hydrogen vehicles, providing a sustainable solution to the transport sector and thus reducing its carbon footprint.

Along these same lines, Redexis has presented the HydrogenBCN project to create a green hydrogen value chain in Barcelona. The initiative seeks that citizens can benefit from the potential provided by hydrogen and create an inclusive ecosystem for SMEs, creating more sustainable business opportunities.

Hydrogen is a transversal energy vector that benefits sectors such as mobility, industry or residential. It minimizes the surplus produced by renewable energy peaks, since it is capable of storing electricity, and it is free of emissions, so it is totally respectful of the environment, in line with the sustainability objectives set by the European Commission . Spain can become a technological leader in terms of the production and distribution of renewable hydrogen due to its geographical position and existing knowledge.

The possibility of using existing infrastructures gives Redexis a leading position for its development, which has more than 11,905 km of networks throughout the Spanish territory that could be used to transport hydrogen, also contemplating the construction of hydroducts, such as the one already is being processed in Mallorca.

Green hydrogen plays a fundamental role in driving the economy and reducing emissions, and Redexis has managed to position itself at the forefront of energy solutions and be a key active agent for its development and for the consequent transformation of the energy matrix. current.

1 Spain bets big on the sustainable revolution of green... 2 The opportunity to structure the country on a new... 3 Nadal forgets the foot, Wimbledon begins 4 Tom Jones: The Crooner's Triumph 5 Técnicas Reunidas: Spanish technology for the industrial... 6 Carlos Taberner: «The buttocks and legs get more... 7 Bale drops from 20 million a year to a million and... 8 The innkeepers of Madrid who want to teach Grant Achatz... 9 Pérez-Reverte delves into the Mexican Revolution... 10 Intimate and never-before-seen photographs of Dora... 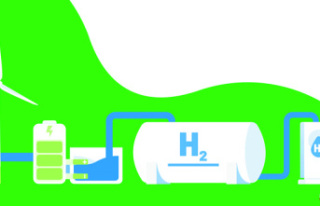 Spain bets big on the sustainable revolution of green...