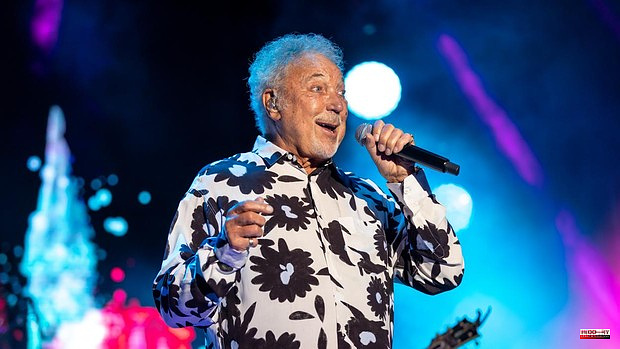 Sometimes everything seems very arbitrary. I've been to four concerts in one week. The best of all was the one with the fewest people. The best chronicle was the one that insulted me on Twitter. The most applauded was the concert that I barely heard...

Everything in life is so subjective that inevitably I reflect on reality and if it is possible to put it on paper.

The crooner began singing to the time, which is one of the few that is guaranteed. 'I'm growing old' and 'Not dark yet', one of Dylan's many gems, at a very solid start where we soon see that Tom Jones continues to sing like a master. With certain tweaks, he and his band have reconverted the songs, which are much more nuanced than on the album.

Slow, they allow Jones to recreate and force less, as well as adding variety to an eclectic show in which he walks the path from blues to hip-hop in a linear way.

He did not reserve 'hits' for the encores. Out of the blue she gave us 'It's Not Unusual', seasoning the arrangement with an accordion and congas. That, and the slow tempo, make 'What's new pussycat?', just after, shine much more as a composition than in its original version. The Brit retains the top of the record for him; the basses are intact and are his best weapon to continue singing for many years.

His career, which spans six decades, has elevated him as one of the modern crooners, with Rod Stewart and Michael Bublé. They are the heirs, perhaps the last, of the author's song that was born in New York's Tin Pan Alley. His is a trade of sweat and mud; of rehearsing in front of the mirror and memorizing verses: they are The Interpreter, a mystical figure who breathes life into other people's ideas.

An essential requirement to receive the crooner 'medal' is knowing how to sing ballads. 'I won't crumble' and 'Tower of Song', which you can surely find on YouTube, are Jones' audition for the award. His impeccable phrasing and dynamic voice reach the pineal gland, the calcified key to the Egyptian paradise.

In the words of a wise man, a band is only as good as its weakest link. Chapeau for the five members, multi-instrumentalists who demonstrated an absolute mastery of a dozen musical genres. Especially useful for the songs was the color of the keyboard/accordion, which took us to Buenos Aires a couple of times.

In 'You can leave your hat on', Jones tries to seduce us -he succeeds with me- supported by two distorted guitars and the serene trot of an elegant bass player. In general terms, it is an intense concert for a singer, with hardly any pauses and a repertoire where the 'caña' prevails. The baritone from Wales, with more notches on the revolver than Jesse James, shows no weaknesses; if he put on a mask and presented himself as anonymous no one would think that he had just turned 82.

He left singing back to time in 'Hell of a life'. The applause was general, worthy of a pair of ears. I left thinking about justice and chance; I could have written the opposite and it would have been published anyway, why?

1 Técnicas Reunidas: Spanish technology for the industrial... 2 Carlos Taberner: «The buttocks and legs get more... 3 Bale drops from 20 million a year to a million and... 4 The innkeepers of Madrid who want to teach Grant Achatz... 5 Pérez-Reverte delves into the Mexican Revolution... 6 Intimate and never-before-seen photographs of Dora... 7 In the villages you are also welcome 8 Paula Sevilla flies in Nerja 9 Foreigners in their own city 10 A group of teachers and professors decide to organize... 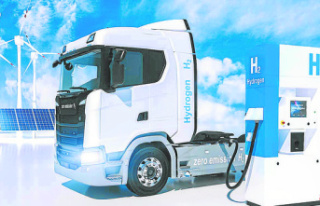