After weeks of preparations, Madrid wakes up armored. 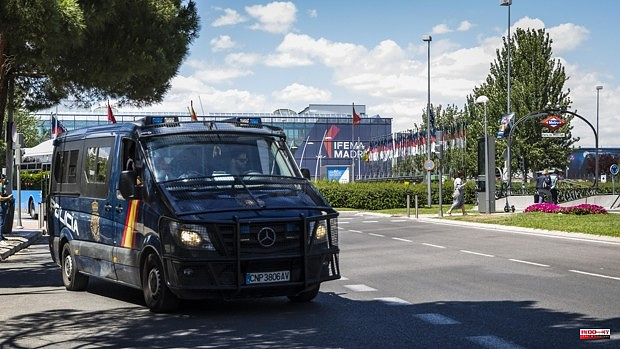 After weeks of preparations, Madrid wakes up armored. The historic deployment by the NATO summit will plague the capital, from Monday to Friday, with critical zones, police rings and prohibited areas. The safety of the leaders and the fifty international delegations is paramount. There are 5,000 visitors -including journalists, delegations and security personnel-, 6,550 national police, 2,400 civil guards and 2,000 municipal troops who will be around the city for the thirty-second meeting of the Atlantic Alliance, which will be held on Wednesday and Thursday.

The Ifema site, north of Madrid, is the venue for the summit and one of the armored points within a radius of 3 kilometers around.

The fair activity stops: only three pavilions with an area of ​​50,000 square meters will be used. The parking spaces around the perimeter are banned from this Monday and until one in the morning on Saturday. circulation too. Personnel outside the summit, such as workers from companies surrounding Ifema, will be able to cross the police belts if they have special safe-conducts. Although the maximum is teleworking and avoiding travel throughout the city, as recommended by the Madrid City Council for days.

The roads that connect with Ifema and with the Barajas airport, the M-40, the M-11 and the A-2, will suffer occasional complications due to the movement of the delegations. Both the aerodrome and the Torrejón de Ardoz air base, where US President Joe Biden will land tomorrow, will enjoy maximum protection. However, the epicenter of the blockade will be the Paseo de la Castellana, the Madrid artery where most of the five-star hotels that welcome the participants in the summit are erected and in which an occupancy of between 90% is expected. and 100%.

The beacons in the vicinity of the 33 luxury accommodations are already installed and will remain until Thursday. A security perimeter of between 300 and 500 meters that restricts parking and vehicle traffic. Even so, the main traffic cuts will not be limited to Paseo de la Castellana; Gran Vía, Paseo de Recoletos, Avenida de América, Plaza de Colón, Goya, Ruiz Jiménez roundabout and Bilbao roundabout, the Barcelona highway (A-2) and the M-11 will be blocked, especially between 9 a.m. and 10 a.m. and 5 p.m. and 6 p.m.

There are other key environments. The Royal Palace, closed since last Friday, will receive NATO delegations tomorrow in its gala dining room and will reopen its doors on Wednesday. The dinner will move that day to the Prado Museum, closed tomorrow and Thursday. The Reina Sofía art gallery and the Royal Theater will also modify their opening hours and capacity for an appointment that will officially start tomorrow, when the President of the Government Pedro Sánchez receives the Secretary General of the Alliance, Jens Stoltenberg, at the opening ceremony of Ifema.

The Ministry of the Interior sent a new statement this Sunday: the National Police intensifies its operation with a Document Verification Point at the Ifema Accreditation Center made up of experts in counterfeiting. The Corps has also reinforced the work of 'cyber patrolling', monitoring open networks and 'deep weeb', and through the preventive work of the TEDAX teams, which track the fair pavilions and the 'NATO zones' to detect suspicious, nuclear, biological substances or chemical. The working sessions of the summit will be concentrated on Wednesday and Thursday. Mayor José Luis Martínez-Almeida already said: during those days, Madrid "will be a blocked city."

1 Redexis: Green hydrogen, the key to a zero-emissions... 2 Spain bets big on the sustainable revolution of green... 3 The opportunity to structure the country on a new... 4 Nadal forgets the foot, Wimbledon begins 5 Tom Jones: The Crooner's Triumph 6 Técnicas Reunidas: Spanish technology for the industrial... 7 Carlos Taberner: «The buttocks and legs get more... 8 Bale drops from 20 million a year to a million and... 9 The innkeepers of Madrid who want to teach Grant Achatz... 10 Pérez-Reverte delves into the Mexican Revolution... 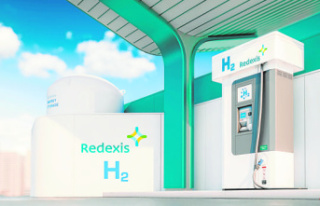 Redexis: Green hydrogen, the key to a zero-emissions...