The Bank of Spain anticipates a new cut in GDP growth, which will place it below 4.5% in 2022

Despite the cut, the agency believes that it will continue on the path of recovery and pre-pandemic levels will be reached by the end of 2023. 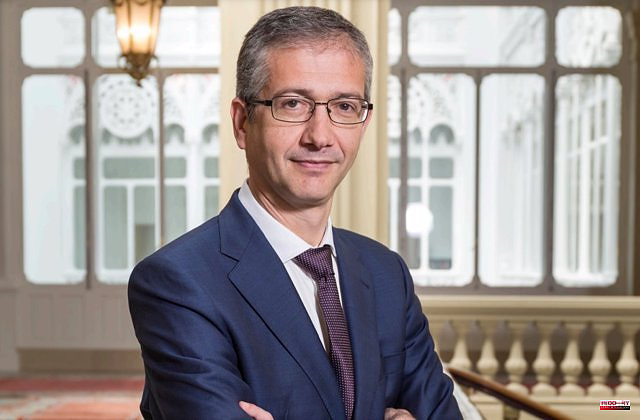 Despite the cut, the agency believes that it will continue on the path of recovery and pre-pandemic levels will be reached by the end of 2023

The Bank of Spain has anticipated a new downward revision of its growth forecasts for the Spanish economy, below the estimate in April (4.5%), in a context of uncertainty marked by the war in Ukraine, the rise prices and the persistence of bottlenecks in production processes.

"The war has greatly increased the degree of uncertainty about economic agents and has caused a very strong rise in energy, raw material and food prices", explained the Governor of the Bank of Spain, Pablo Hernández de Cos, in the framework of the publication of the 'Annual Report 2021'.

In the first quarter of 2022, GDP grew by 0.3% quarter-on-quarter and the level of activity in Spain was 3.4 percentage points below that observed before the start of the pandemic, while in the euro area as a whole , GDP exceeded its pre-crisis level by 0.4 points.

With all this, and as forecast by the Bank of Spain in the absence of any additional consideration, the data for the first quarter would lead to a "mechanical reduction" of approximately half a percentage point in the average GDP growth rate for 2022, although the revision to the drop could be higher or lower at the time the Bank of Spain publishes the new forecasts.

However, from the body headed by Hernández de Cos they have specified that if there are no new disturbances or a worsening of the war in Ukraine, this possible revision of the projections published in April would continue to be consistent with maintaining a path of gradual recovery. in the Spanish economy, which could reach pre-pandemic GDP levels in the final stretch of 2023.

To this end, the deployment of European 'Next Generation EU' (NGEU) funds will be essential, which until now has been "modest" and less than expected. According to calculations by the Bank of Spain, the potential growth rate of the Spanish economy at the end of this decade could be around 2%, almost one point above a scenario without NGEU projects and without structural reforms.

On the price side, the new data point, compared to the projections made in April --which estimated a rise in inflation in the year of 7.5%-- to greater advances in the underlying --non-energy component -- and somewhat more modest growth in the energy component.

The Bank of Spain has anticipated that in the coming months the Iberian mechanism to limit the price of gas and lower the price of electricity --which has recently been approved in Spain and Portugal, according to the European Commission-- will predictably put pressure on lower energy prices in the country.

As a result of this, the body headed by Pablo Hernández de Cos foresees inflation rates that would remain high in the coming months, to subsequently gradually moderate, to around 2%, according to the estimates of the rest of the entities.

In this context, the Governing Council of the European Central Bank (ECB) in April announced that net acquisitions under the asset purchase program (APP) would end in the third quarter of this year.

In the opinion of the governor of the Bank of Spain, given that the inflation outlook is "coherent" with the fulfillment of the conditions of the 'forward guidance', this finalization should take place at the beginning of the quarter, to proceed "shortly after" to the first increase in interest rates.

"In the following quarters, successive additional increases could be made, until, for example, reaching levels in line with the natural interest rate if the medium-term inflation outlook remains around our target," said Hernández de Cos.

Faced with this new panorama, the Director General of Economy and Statistics of the Bank of Spain, Ángel Gavilán, has reiterated the institution's recommendations to establish an income pact with multi-year commitments between the social agents, thus avoiding the triggering of a spiral of increases in prices and costs, which would only aggravate the harmful effects stemming from the current inflationary episode and the war in Ukraine.

In addition, he has urged the Government to tackle "without delay" a multi-year fiscal consolidation process that, although it cannot be applied right now, would help "the credibility of public policies and reduce uncertainty".

And it is that the war constitutes a source of additional pressure on the public accounts. In the absence of corrective measures, the general government deficit would remain very high in 2024, at 4.7% of GDP.

As a result of the trajectories projected for the balance of the Administrations and for nominal GDP, the public debt ratio would still be very high in 2024, at 113.8% of GDP, 6.2 percentage points below the maximum level reached in 2020, but almost 20 points above the level at the end of 2019. This evolution underlines the need to design a fiscal consolidation program that guarantees the sustainability of this debt.

On the public revenue side, the Bank of Spain sees the need to carry out a comprehensive review of the Spanish tax system. Specifically, they propose that a greater relative weight be given to the tax on consumption (VAT) compared to that which taxes income.

In addition, from the organization they recall that the environmental objectives will require new tax measures in energy, hydrocarbons or transport, while the growing globalization and digitalization means increasing the harmonization of the tax system on an international scale.

The Bank of Spain affirms that before the outbreak of the war in Ukraine, the economic recovery in Spain was underway after having suffered the impact of the pandemic. Some of the measures approved by the Government contributed to this, such as the ERTE and the ICO credit guarantee programs that, according to the Bank of Spain, were "effective" in favoring the return to employment and mitigating the impact of the restrictions on activity on the liquidity of companies.

However, other measures do not deserve a positive assessment by the body, as is the case of the program of direct aid to SMEs, since "it would only have contributed to correcting a small part of the solvency problems that, as a consequence of the crisis health, emerged in these companies".

As for the levels of inequality in Spain, which were already high before the outbreak of the pandemic, the Bank of Spain considers that they will have increased as a result of the health crisis and after the war.

To reduce the effects, the Bank of Spain recommends measures in the field of labor market regulation, educational policies, income policies and housing policies.

Regarding income policies, the organization considers that it is necessary that the conditions to access the minimum vital income in the country continue to be adjusted. As far as housing is concerned, he believes that some of the measures contemplated by the new law, such as rent control, might not have the desired effect or even, in the medium term, have adverse effects.

1 Cofides and the sovereign wealth fund of Qatar sign... 2 Enagás will be the entity responsible for the system... 3 Barcelona wins a new 360º viewpoint at 125 meters... 4 Biniam Girmay abandons the Giro after injuring an... 5 Strategic gas reserves in the EU: where they are and... 6 PICTURES | Spectacular accident in Montreal 7 [PHOTOS] Montreal: Molotov cocktail against a restaurant... 8 Euskadi will give an aid of 200 euros per month per... 9 Two former councilors of Carmena acquitted, tried... 10 The Bank of Spain warns of unprecedented levels of... 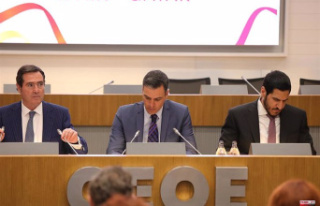 Cofides and the sovereign wealth fund of Qatar sign...