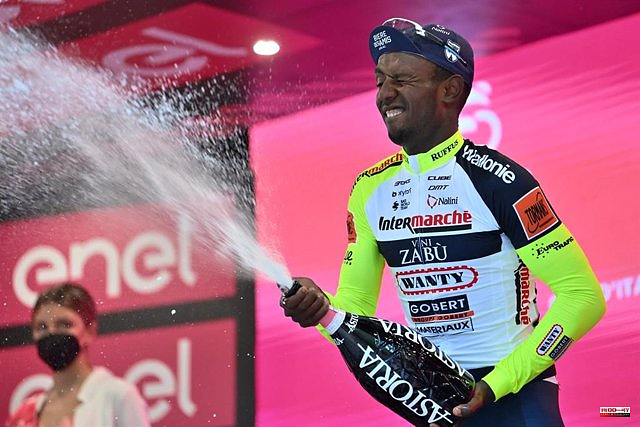 Intermarche-Wanty-Gobert Materiaux's African cyclist Biniam Girmay will sit out the eleventh stage of the Giro d'Italia on Wednesday after injuring his eye with a cork while celebrating his historic win the day before.

Biniam Girmay, of Eritrean origin, became the first black cyclist to achieve a stage victory in a grand tour after beating Dutchman Mathieu van der Poel (Alpecin) in the sprint in Jesi. However, his celebration was soon over, because on the podium, when opening the bottle of champagne offered to the winner, he had the misfortune of being struck in the eye by the cork.

The 22-year-old cyclist was taken to hospital, where he stayed for several hours until he was released and was able to go to dinner and share his triumph with his Intermarche-Wanty-Gobert Materiaux teammates. Later, on Wednesday morning, it was confirmed that the Eritrean will not start and will abandon the Giro.

"Yesterday when I arrived after being in the hospital, from the bad moment, I enjoyed a bit with my colleagues, the 'staff' and everyone. I'm happy now, I was a bit sad about what happened with the champagne, but when I came back They were all super happy," he said in a video posted by his team.

However, "unfortunately", he will not be able to take the start because his eye "still needs to rest and recharge". "I'm already thinking about the rest of the season. Thank you very much to everyone who has supported and pushed me, I'm fine now, we'll see each other again soon," explained the Eritrean cyclist.

1 Strategic gas reserves in the EU: where they are and... 2 PICTURES | Spectacular accident in Montreal 3 [PHOTOS] Montreal: Molotov cocktail against a restaurant... 4 Euskadi will give an aid of 200 euros per month per... 5 Two former councilors of Carmena acquitted, tried... 6 The Bank of Spain warns of unprecedented levels of... 7 Eduardo Matos Moctezuma wins the Princess of Asturias... 8 The Ibex 35 defends 8,500 points in the mid-session... 9 Inflation in the euro zone does not go down and remains... 10 Sergio Moreno: «My level is much higher than what... 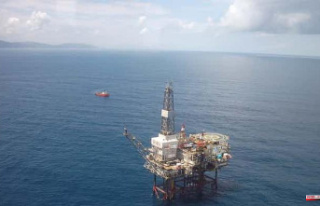 Strategic gas reserves in the EU: where they are and...