Young Basques would like to have two children and be emancipated at the age of 24, but the reality is that the maternity rate is 1. 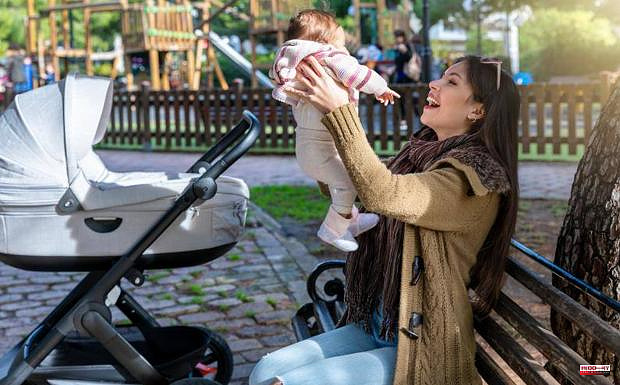 Young Basques would like to have two children and be emancipated at the age of 24, but the reality is that the maternity rate is 1.28 per woman and they end up leaving home after 30. Frustrated expectations for economic reasons that, if they continue like this, will have worrying consequences for our future as a society. In three decades, the Basque Country will have 220,000 fewer people of working age and practically half of its population will be retired, with what this would have on the sustainability of social policies. The Basque Government wants to act now in the face of the dreaded "demographic winter" and has designed a strategy to try to reverse the situation.

The Lehendakari, Iñigo Urkullu, presented this Wednesday in the Basque Parliament some of the measures included in the plan, focused on birth policies and the emancipation of young people. The main proposal is the creation of a direct aid of 200 euros per month per dependent child up to the age of three. The benefit will come into force next year, it can be collected by families that do not exceed a standardized income of 100,000 euros per year and will be compatible with the current tax deductions and child support of the RGI. That is, at least 2,400 euros a year to facilitate parenting during the first steps of life.

The amount of the benefit represents a significant increase compared to the current situation. Since the last inter-institutional agreement in 2018, the Basque Country grants between 400 and 900 euros, depending on income, for the birth of the first child. With the second, the same amount up to three years. And with the third and successive, up to six years. The reform in birth policies is now to be aligned with the UN criteria, which in its '1,000 Day Programs' stresses the "determining nature of the first three years of life for a child's future" and recommends to the administrations that focus their investments there.

The objective, according to the Lehendakari, is "to promote a sustained and sustainable aid system that creates a framework of favorable conditions (...) so that families have the children they want, when they want it, without forced delays due to lack of terms". The star proposal of the plan is joined by other measures that aim to facilitate the upbringing of children. One of them goes through the free stage of 0-2 years, for which the Haurreskolak Consortium will be "reinforced". Currently these centers are free only for families with incomes below 18,000 euros per year and for second and successive siblings who are enrolled simultaneously.

The other big leg on which the new demographic strategy of the Autonomous Executive is based is the emancipation of young Basques, who leave home four years later (30.2) than the European average (25.9). The Urkullu Cabinet intends to enable subsidized or interest-free loans for entrepreneurship, training or housing projects that would be repaid in the long term. This newly created measure would thus be added to the recent expansion of the Gaztelagun program, with rental aid of up to 275 euros per month for people up to 36 years of age who earn less than 24,500 euros per year.

In any case, the Lehendakari is aware that "there are no measures that by themselves have miraculous effects" on statistics and that the results of this new strategy "cannot be expected in the short term." In fact, the nationalist president has warned that the social and economic consequences of the war in Ukraine, still today in a situation of maximum uncertainty, will suppose "a factor of delay in the demographic recovery", already gripped for years. due to the 2008 crisis first and the covid pandemic later.

«We are facing a great risk -Urkullu has warned-; also before a great opportunity for the future». The Lehendakari thus took advantage of the plenary session on the demographic challenge, convened at the request of EH Bildu, to demand from the political groups "a great consensus" with which to face the challenge. "The projection of the Basque Country on the 2030 horizon and the coming decades is at stake," he insisted. The Basque Parliament will debate throughout the day this Wednesday the measures proposed by both the Government and the parties and will vote on the conclusions in the afternoon.

1 Two former councilors of Carmena acquitted, tried... 2 The Bank of Spain warns of unprecedented levels of... 3 Eduardo Matos Moctezuma wins the Princess of Asturias... 4 The Ibex 35 defends 8,500 points in the mid-session... 5 Inflation in the euro zone does not go down and remains... 6 Sergio Moreno: «My level is much higher than what... 7 Castilla-La Mancha will have 103 new pharmacies 8 They return to look for the remains of five republicans... 9 The Minister of Agriculture of Castilla y León warns... 10 “It seems as if a future is being imposed on us... 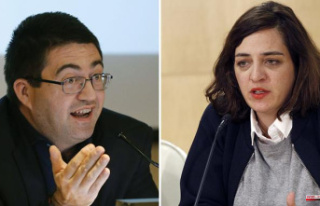