Strategic gas reserves in the EU: where they are and at what level they are

As a result of the war in Ukraine, the possibility of an interruption in the supply to the European Union (EU) of gas from Russia has not only aroused interest in possible supply alternatives, but also in how we can reduce consumption and store said hydrocarbon in anticipation of potential supply problems. 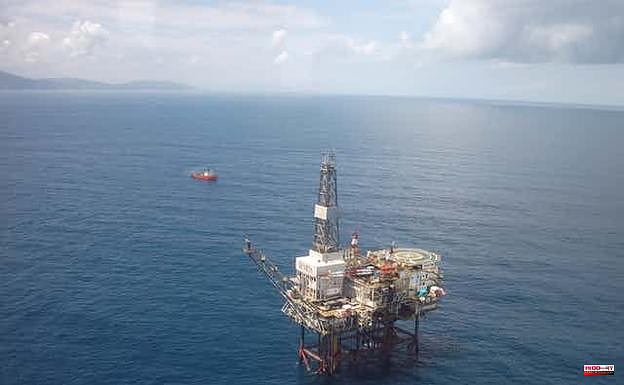 As a result of the war in Ukraine, the possibility of an interruption in the supply to the European Union (EU) of gas from Russia has not only aroused interest in possible supply alternatives, but also in how we can reduce consumption and store said hydrocarbon in anticipation of potential supply problems.

Natural gas can be stored on a large scale in two ways:

-On the surface, conveniently managing the inputs and outputs of the liquefied natural gas or LNG plants.

-In the subsoil, injecting the hydrocarbon under pressure and then extracting it at will. This last option, very common, and on which this article focuses, goes through the development of an infrastructure of underground warehouses whose purpose is to house minimum security stocks, also known as strategic reserves.

To ensure the maintenance of these minimum stocks, not only of natural gas, but also of petroleum products and liquefied petroleum gases (propane and butane), Spain has a mixed supply security system. The obligations are shared between the Strategic Reserves of Petroleum Products Corporation (CORES) and the oil and gas industry.

CORES is assigned functions to control compliance with the obligation to maintain minimum security stocks. But in addition, as a differential activity with respect to other similar European entities, its mission is also to guarantee an adequate diversification of natural gas supplies to Spain, controlling that supplies from the same country of origin do not exceed 50% of the total.

The minimum security stocks are necessary to adjust supply to demand and deal with peak consumption caused by seasonal variations (summer-winter) or by extreme weather events of a specific nature (floods, hurricanes, heat or cold waves). or due to other unforeseeable events such as supply interruptions due to commercial, diplomatic or even war conflicts (as is the case of the war in Ukraine).

Number of days of consumption or sales that must cover the minimum stocks of natural gas, liquefied petroleum gases and petroleum products. CORES

There are three main types of underground gas storage. Each of them has its own physical and economic characteristics, which are what govern its suitability. The two most important characteristics of an underground storage facility are its ability to retain natural gas for future use and the rate at which stored gas stocks can be extracted.

Many of the underground gas storages take advantage of commercially depleted natural gas or oil fields that are located near consumption centers. This type of storage is common in countries or regions that are, or have been, producers of hydrocarbons, both due to their availability and the fact that existing wells and infrastructure can be used to convert a producing field into a warehouse.

These types of underground warehouses are usually the largest. Two examples in Spain are the Gaviota (Vizcaya) and Serrablo (Huesca) storage facilities.

The vast majority of storage facilities in cavities or salt caverns have been built in geological structures of the diapir type or salt domes.

The construction of these caverns, artificially created by dissolving salt by injecting hot water, is usually more expensive than the actions required to convert depleted oil and gas fields into storage.

However, salt caverns allow for faster natural gas injection-extraction operations, which fully or partially compensates for said difference in costs.

In some areas, natural saline aquifers have become underground gas stores. An aquifer is suitable for gas storage if the porous and permeable rock formation that holds the water lies under an impermeable rock that seals the previous one, thus preventing the escape of the water and the gas injected upwards.

Although the geology of aquifers is similar to that of depleted oil or gas fields, their use as gas storage usually allows less flexibility in injection and extraction. An example of storage of this type in Spain is that of Yela (Guadalajara).

The first underground storage facility was opened in the United States in 1915. According to Cedigaz, by the end of 2018 there were already 662 throughout the world, with a total operating storage capacity of 421 billion cubic meters.

As far as the EU is concerned, some interesting facts are as follows:

-Germany has approximately 63 storage facilities with a total capacity of close to 22 billion cubic meters.

-Italy has about 14 with a total capacity of about 17 billion cubic meters.

-The Netherlands has 9 infrastructures (5 of them in salt caverns) that total a storage capacity of about 13 billion cubic meters.

-France has about 23 storage facilities (most of them in deep saline aquifers) with a total capacity of about 12 billion cubic meters.

-Spain has 4 operational storage facilities, with a total capacity of 3 billion cubic meters. The largest of them is Gaviota.

According to Repsol data (compiled from various sources) as a whole, the EU's underground storage capacity for natural gas is around 95 billion cubic meters, distributed in some 160 facilities in 18 countries. 73% of the total EU capacity is concentrated in five countries: Germany, Italy, France, the Netherlands and Austria.

Gas demand in Europe is highly seasonal and needs stock management to smooth out the winter-summer difference, accommodating supply.

In this sense, in the face of a possible interruption in the supply of gas from Russia, it should be borne in mind that according to Repsol's own data (compiled from various sources), European gas storages ended the 2021/2022 winter season at 26 % of its capacity, below the historical average.

The EU has required member countries to fill their gas storages to 80% of their capacity before November 1, 2022 (a percentage that should be raised to 90% in subsequent years) as a measure to increase security of supply. To achieve this, Europe would need to import more than 50 billion cubic meters from April to November.

European storage facilities are currently at 38% of their filling capacity (in Spain this percentage exceeds 60%), so they would need a maximum and continuous supply of LNG during this summer, in addition to the gas they receive by pipeline (including Russian), to meet the EU's proposed requirement of 80% by early November.

Not all European countries will be able to meet that requirement. For this reason, on May 11, a new proposal was discussed whereby the minimum gas storage obligations can be restricted to a certain volume based on the annual demand for gas over the last five years, which would provide relief for countries with large storage capacity.

This article has been published in 'The conversation'.

1 PICTURES | Spectacular accident in Montreal 2 [PHOTOS] Montreal: Molotov cocktail against a restaurant... 3 Euskadi will give an aid of 200 euros per month per... 4 Two former councilors of Carmena acquitted, tried... 5 The Bank of Spain warns of unprecedented levels of... 6 Eduardo Matos Moctezuma wins the Princess of Asturias... 7 The Ibex 35 defends 8,500 points in the mid-session... 8 Inflation in the euro zone does not go down and remains... 9 Sergio Moreno: «My level is much higher than what... 10 Castilla-La Mancha will have 103 new pharmacies 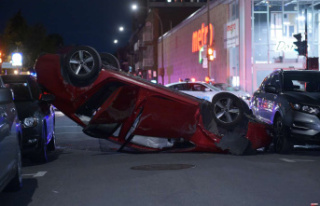