The Provincial Court of Madrid has acquitted the former councilors of the Madrid City Council, Celia Mayer and Carlos Sánchez Mato, as well as the former CEO of the municipal company Madrid Destino, Cultura, Turismo y Negocios S. 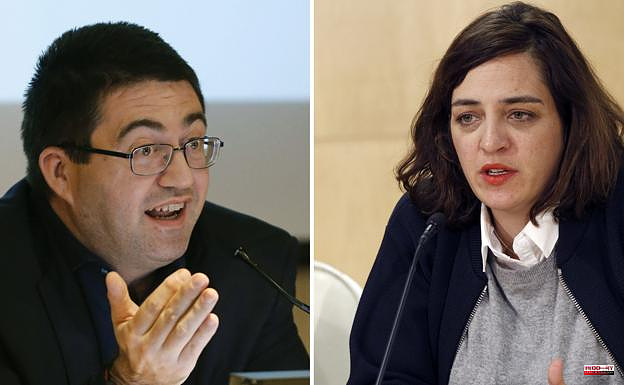 The Provincial Court of Madrid has acquitted the former councilors of the Madrid City Council, Celia Mayer and Carlos Sánchez Mato, as well as the former CEO of the municipal company Madrid Destino, Cultura, Turismo y Negocios S.A, Ana Varela, of the crimes of prevarication and embezzlement of public funds of which they were accused in the framework of the so-called 'Madrid Tennis Open case'.

In a 111-page sentence, the court of the Seventh Section imposes the costs of the trial, caused by the defenses of the three persons prosecuted, to the accusation brought by the Popular Municipal Group of the Madrid City Council. The magistrates consider it proven that the PP "without any doubt acted recklessly and in bad faith" maintaining, for example, "the accusation against Celia Mayer without any specific accusation" and with the knowledge that "during the time the events occurred subject of the accusation, she was in a situation of sick leave between October 2016 and February 2017.”

The person responsible for signing and registering the complaint in the spring of 2017 was the then spokesman for the PP in the town hall, José Luis Martínez-Almeida, today the mayor, whom the court expressly cites in its resolution.

As will be recalled, and thus appears in the section on proven facts of the sentence, Ana Varela, General Coordinator of Culture, Sports and Tourism of the City Council and later CEO of the Madrid Destino company, "in the exercise of her functions well-founded and reasonable doubts about the regularity and legality of the commitments and obligations assumed by said municipal company derived from previous agreements and agreements signed in order to organize and hold the 'Mutua Madrid Open' tennis tournament».

As the consistory had to face important economic disbursements derived from the aforementioned agreements and, after consulting the expert staff of the council and the Consistory's own Legal Department, it decided to request various external legal reports. For his part, Carlos Sánchez Mato, as Acting President of Madrid Destino and later as Delegate for Economy and Finance, was also interested in reports on some of the agreements signed by the previous municipal corporation within the framework of the Tennis Open.

The payment of these reports with municipal money was the subject of a complaint by the Popular Municipal Group against the three people in charge of the city council, directed at that time by Manuela Carmena. However, regarding the criminal action of the opposition, the Chamber specifies that "it is objectified that the prosecution was aware of the lack of consistency of the facts denounced from the prevaricatory perspective, and this after issuing three reports by the outsourced legal services, which They were undoubtedly known by the accusing party, who are very eloquent of the, at least, striking legal and economic discrepancies derived from the agreements and agreements signed in previous years».

After assessing the content of the questioned legal reports, the three defendants (Celia Mayer had already returned to her activity) finally decided to file a complaint on March 23, 2017 for the alleged commission of the crimes of administrative prevarication and embezzlement of public funds. before the Special Prosecutor's Office against Corruption and Organized Crime, a complaint that, in any case, was inadmissible by the Court of Instruction number 41 of Madrid.

In parallel, the PP and the Transparency and Justice association, led by retired commissioner José Manuel Villarejo, appeared as popular accusations in the open procedure in another court of instruction, number 21, whose head is Concepción Jerez, which despite the criterion against the Madrid Prosecutor's Office decided to open an oral trial in July 2020. The popular accusations called for five years in prison and 24 years of disqualification for the defendants. Both Sánchez Mato and Celia Mayer today work as advisers to the Ministry of Equality, led by Irene Montero.

The court of the Seventh Section of the Provincial Court, chaired by Ángela Acevedo, now concludes categorically and explicitly that "it has not been proven that the accused, in the exercise of their powers and responsibilities, had any other intention than to protect and safeguard the interests and the municipal coffers». This resolution is not yet final and the corresponding appeal can be filed against it before the Civil and Criminal Chamber of the Superior Court of Justice of Madrid (TSJM).

1 The Bank of Spain warns of unprecedented levels of... 2 Eduardo Matos Moctezuma wins the Princess of Asturias... 3 The Ibex 35 defends 8,500 points in the mid-session... 4 Inflation in the euro zone does not go down and remains... 5 Sergio Moreno: «My level is much higher than what... 6 Castilla-La Mancha will have 103 new pharmacies 7 They return to look for the remains of five republicans... 8 The Minister of Agriculture of Castilla y León warns... 9 “It seems as if a future is being imposed on us... 10 Castilla-La Mancha awards its Gold Medals to Eugenia... 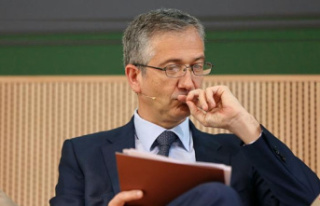 The Bank of Spain warns of unprecedented levels of...