"Qatar trusts Spain because the Spanish economy is robust", defends the President of the Government. 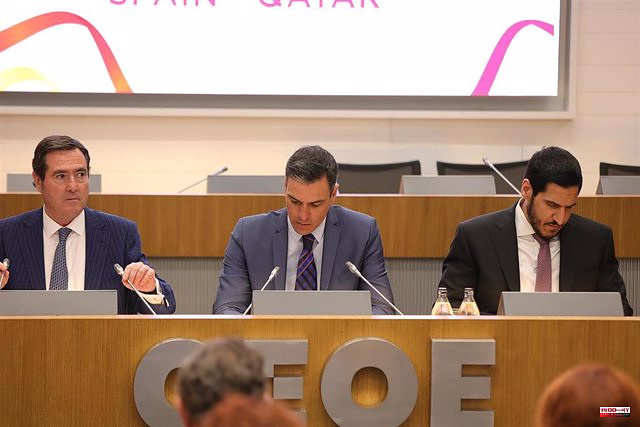 "Qatar trusts Spain because the Spanish economy is robust", defends the President of the Government

The Spanish Development Financing Company (Cofides) and the Qatar sovereign wealth fund (Qatar Investment Authority) have signed a memorandum of understanding to strengthen the relationship between both institutions and identify joint investment opportunities in technology and green sectors.

This was announced by the President of the Government, Pedro Sánchez, during the inauguration of the Spain-Qatar business forum, organized by the CEOE, within the framework of the State visit of the Emir of Qatar, Tamim bin Hamad Al-Thani, with which it is intended to "reaffirm and strengthen" the economic and political relations between the two countries.

The agreement between Cofides and Qatar's sovereign wealth fund includes, as Sánchez underlined, the possibilities offered by the 'Next Generation EU' European funds, within the framework of the Recovery, Transformation and Resilience Plan, since it is especially aimed at promoting investments in ecological transition and digital transformation.

In addition, Sánchez highlighted, among the "many" agreements signed by both countries, the memorandum between the Ministry of Finance of Qatar and the Ministry of Economic Affairs and Digital Transformation of Spain to strengthen financial and economic cooperation through the organization of seminars and the strengthening of communication between the Qatari and Spanish business community.

"Qatar is a country that is opening up to the world and Spain wants to participate in that opening," Sánchez emphasized. The president has indicated that proof of this is the celebration of the next World Cup at the end of this year and for which Spanish companies have played a "relevant" role in the construction of its infrastructures. "We are sure that the event will be a resounding success," he remarked.

The president has valued the announcement that Qatar will allocate nearly 5,000 million euros to investments in Spain in the coming years, "a gesture of confidence in the Spanish economy and companies that strengthens bilateral relations". In addition, he has invited investors to bet on the country as well.

Sánchez detailed during his speech that the total value of trade between Spain and Qatar reached the figure of 990 million euros in 2021, with a greater presence of imports concentrated in liquefied natural gas. "This element is key in the geopolitical and economic context in which we find ourselves," said the president.

On his side, Spanish exports to Qatar amounted to 349 million euros and are "very diversified", in sectors such as construction, aviation, the energy sector or the financial sector.

Qatar's investment position in Spain presented a stock of 2,679 million euros as of December 31, 2019, before the year of the pandemic, with a generation of 13,946 jobs. Qatar is the second largest investor in Spain from the countries of the Gulf Cooperation Council, behind the United Arab Emirates.

Thus, Sánchez has pointed out that the country has invested "significantly" in important companies for Spain, such as El Corte Inglés, Grupo Prisa, Banco Santander or IAG.

1 Enagás will be the entity responsible for the system... 2 Barcelona wins a new 360º viewpoint at 125 meters... 3 Biniam Girmay abandons the Giro after injuring an... 4 Strategic gas reserves in the EU: where they are and... 5 PICTURES | Spectacular accident in Montreal 6 [PHOTOS] Montreal: Molotov cocktail against a restaurant... 7 Euskadi will give an aid of 200 euros per month per... 8 Two former councilors of Carmena acquitted, tried... 9 The Bank of Spain warns of unprecedented levels of... 10 Eduardo Matos Moctezuma wins the Princess of Asturias... 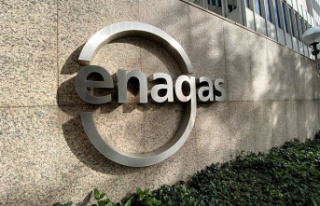 Enagás will be the entity responsible for the system...