Prohibit so as not to die of success, that is the paradox. 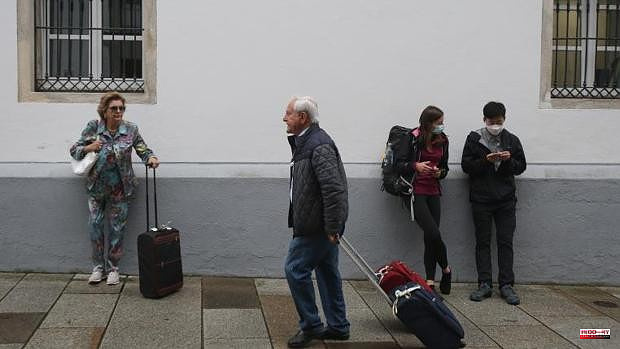 Prohibit so as not to die of success, that is the paradox. The controversy unleashed by the boom in tourist apartments has moved from the center of large cities to the cobbled ground of a city of just 100,000 inhabitants like Santiago de Compostela, in which the future of this type of housing —and of the city, by extension—is decided in court. A sentence released a few days ago forces the closure of one of these accommodations for lack of a municipal license, which has opened the spigot so that the city council can demand this document from the thousand flats that operate freely in the city, most of them concentrated in the old town, a World Heritage Site since 1985 and a meeting point for walkers and tourists throughout the year.

The importance of the ruling lies in the fact that until now the owners of a tourist home in Galicia only have to register in a regional registry dependent on the Xunta —created in 2017— to start operating. Santiago, as a city council with noteworthy particularities, has spent years trying to limit its rapid expansion in the almond of the city, but formal issues in the attempts to modify the regulatory plan ruined the initiative, which so far has only managed to generate more tension and more chaos between owners and neighbors.

The novelty now is that a court qualifies this activity as "tertiary", an argument to which the city council clings to announce the closure of all tourist flats that do not have a municipal license, extending the judicial diagnosis to the Compostela complex. Because the reality of this historic city is that only 36 of the thousand VUTs in operation have the double license mentioned in the sentence, not to mention that of the thousand tourist flats tracked on the main platforms, some 400 are not even registered, which places them openly in the field of illegality and secrecy.

Given this imbalance, the councilor for the sector, Mercedes Rosón, warns that requiring this license is a constitutional right for any municipality and that due to the saturation of the old area, the opening of new tourist homes will not be allowed, following the example of other capitals such as Barcelona. “There are already a lot of hoteliers inside the old town, there is an oversaturation of this use,” she defends to demand that the Xunta delete from its registry those who do not have a license. The announcement, as expected, has put the owners in check, fueling a trench war in which the arguments come and go.

The owners of these apartments decry the demonization of a sector made up, for the most part, by individuals seeking to obtain income from their second home. From groups such as Aviturga (Association of Tourist Housing of Galicia) it is also argued that they operate legally and claim their role in the image of the city, of which they want to become an "emblem". They even pretend that closing these apartments would mean a loss of visitors that would be absorbed by other nearby cities such as La Coruña or Vigo. Before the ruling of the Superior Court of Justice of Galicia, they respond that it is a "particular" resolution that does not affect the activity of the rest of the tourist residences. "We are going to continue serving our tourists, receiving our reservations and making Santiago a city with a highly demanded accommodation model nationally and internationally and that will value it," spokeswoman Dulcinea Aguín assumes. «The council has a crossroads against these houses that we cannot understand. We are not criminals, we carry out this activity in a very honest way »the standard-bearers of a new way of traveling that continues to gain followers, but which has expelled a large part of its former tenants from the old city, reproach their detractors.

In this intersection of positions, the Galician council, embracing the mantra that the important thing is "to preserve the identity of a historic city", speaks of a "dramatic situation" that is expelling families, workers, students and researchers from the city because the offer of traditional rental is minimal in favor of a tourist bag that does not stop growing. The figures attest to this and activate the alarm signals. In Galicia as a whole there are already three times as many tourist homes as in traditional rentals (barely 4,500) and the problem is aggravated in the case of the capital. To make more blood, real estate professionals emphasize that whoever goes to tourist housing does not return to the traditional market. A path with no turning back due to the huge profits generated by the VUT business.

Going to the statistics, the rise of these flats is supported by the 700,000 overnight stays that the Galician capital accumulated in 2021, beating even pre-pandemic figures. The studies also warn that with a Xacobeo delayed in two years, the occupancy data of tourist flats shot up 40 percent, with 7,000 travelers in the lowest months. The risk, claim those most reluctant to this business model, is to turn the monumental area into a kind of decoration, a theme park without neighbors or services beyond souvenir shops and restaurants, in which the essence of the city could be diluted.

At an intermediate point in the war of the 'tourist apartment yes, tourist apartment no' are the hospitality professionals, who assume that this is a "world phenomenon" and Compostela is not going to be an exception. Its position is moderate, more lukewarm than that of the council and owners, but it demands regulation that prevents "unfair competition." For Thor Rodríguez, at the head of the Compostela Hospitality Association, the problem is more than dark brown: "The city is being greatly affected," he says. His recipe aims to achieve a balance between the economic needs and the social needs of a capital where getting a house is very complicated. "The hospitality industry needs employees but many cannot find a flat to live in because there isn't one, and what there is has disproportionate prices," he describes, evoking a housing crisis such as the one occurring in the Balearic Islands.

Overcoming the explosion of the phenomenon without turning the city into a façade without a heartbeat is the challenge that the council faces. The formula in which they work, they explain to ABC, is to prohibit the opening of tourist homes in the old area and to limit the installation of this type of business in the rest of the municipality to low and first. In addition to the municipal permit, the council is considering a hybrid model that would allow the home to be operated two months a year as VUT, whatever its location, if the rest of the year is spent on traditional rental. Essays before a changing scenario in which the platforms have gone ahead of the legislation and that has given rise to a new tourist alternative that questions the survival of this model of historical city.

1 Still little diversity in the Canadian army, according... 2 Ceuta border workers: "Not even a bag of tomatoes... 3 The Biden Administration opens its hand with the Castro... 4 Internal offensive in the Treasury to activate the... 5 Auditor General's report: construction site management... 6 A long rest beneficial for the Avalanche 7 Yaroslav Askarov agrees with the Predators 8 Washington lifts a series of restrictions on Cuba 9 A new police station for the Uashat mak Mani-Utenam... 10 A former opponent of Marie-Ève ​​Dicaire in a... 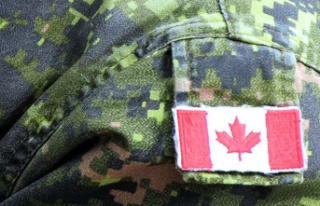 Still little diversity in the Canadian army, according...