The US announced on Monday a reduction in sanctions on Cuba, in the biggest change in the relationship of the world's leading power with the Castro dictatorship since the Biden Administration came to power. 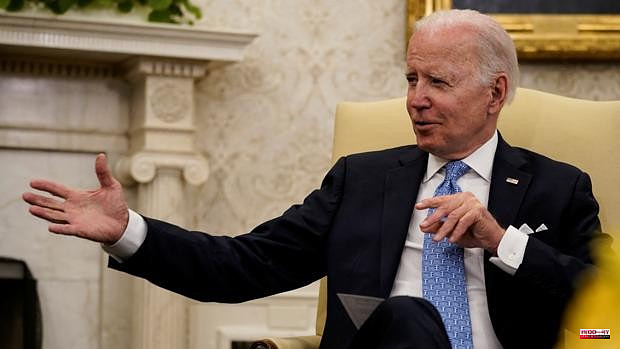 The US announced on Monday a reduction in sanctions on Cuba, in the biggest change in the relationship of the world's leading power with the Castro dictatorship since the Biden Administration came to power. The State Department detailed the lifting or relaxation of sanctions related to travel, visa processing and sending remittances to Cuba, some of them imposed during the presidency of Donald Trump.

First, the US will allocate more resources to consular services and visa processing, so that Cuban citizens have more facilities to reunite with their families in the US. The goal is to process 20,000 visas per year, after that number plummeted after Trump's arrival in power and the health incidents in diplomatic personnel known as the 'Havana syndrome'.

The visit of US citizens to their families in Cuba will also be made more flexible, as well as the authorization for trips to people who wish to visit the island. Group trips for educational purposes will be recovered, as well as visits for professional or research meetings. Individual travel to Cuba, however, will remain prohibited.

Regarding economic transactions, the new regulations will eliminate the limit of one thousand dollars for sending remittances and will facilitate the injection of funds to Cuban families and entrepreneurs. “We want to increase the sending of remittances to the people of Cuba in a way that does not enrich those who commit human rights abuses”; State Department spokesman Ned Price said in a statement.

In the business sector, the US will seek to support the access of Cuban entrepreneurs to technological services such as databases in the cloud or electronic commerce platforms.

"With these actions, we seek to support the aspirations of freedom and greater economic opportunities for Cubans and so that they can have a better life in their country," defended Price, who assured that the Biden Administration will continue to demand that the Government of Cuba "put immediate release of political prisoners, respect for the fundamental rights of the people of Cuba and that allow them to determine their own future.

The State Department confirmed that this change in the sanctions regime will not affect the entities included in Cuba's Restricted List, where companies and organizations aligned with the Castro government and its army are located, and with whom neither US companies nor individuals can establish economic relations.

Biden promised to intensify the diplomatic relationship with Cuba, after the reestablishment of relations decreed by former President Barack Obama - with Biden as vice president - was blocked by Trump.

The retaliation of the Castro dictatorship in the protests last summer, however, led the Biden Administration to impose new sanctions against leaders of the Cuban Government.

The lifting of sanctions on Cuba is a decision with political ramifications. Any softening of the position against the Castro dictatorship is punished by the decisive Cuban-American electorate in Florida. And the decision comes a few weeks before the Summit of the Americas, which the US is organizing next month in Los Angeles, and for which Cuba has not yet received an invitation. This has motivated other countries with leftist governments -such as neighboring Mexico- to have threatened to boycott the event.

1 Internal offensive in the Treasury to activate the... 2 Auditor General's report: construction site management... 3 A long rest beneficial for the Avalanche 4 Yaroslav Askarov agrees with the Predators 5 Washington lifts a series of restrictions on Cuba 6 A new police station for the Uashat mak Mani-Utenam... 7 A former opponent of Marie-Ève ​​Dicaire in a... 8 Wheat export: US hopes India will reverse ban 9 Relief from US sanctions: Cuba welcomes "a small... 10 Baby milk: agreement between Abbott and American justice... 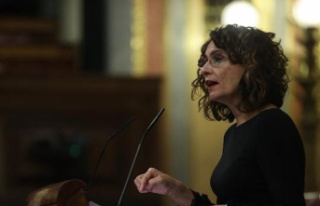 Internal offensive in the Treasury to activate the...