Neither workers nor merchandise. Neither workers nor merchandise. Neither one thing nor the other can still pass through the land borders of Spain and Morocco. "Not a bag of tomatoes", that's how resounding the Government delegate in Ceuta, Salvadora Mateos (PSOE) was yesterday when she was questioned why she could pass from 00:00 on May 17 and what not. “We are going to carry out checks on all those who pass in case they have requisitions or something pending,” said the main commanders of the National Police and the Civil Guard in Ceuta yesterday. The borders of both Autonomous Cities have been open since this past midnight in a very limited way.

As explained yesterday by the Government Delegation in Ceuta, there are two ministerial orders to regulate the passage.

A health in which requirements such as the covid passport and another to regulate transit are established. That establishes three phases for the gradual reopening, which must be launched little by little. This even though the passage is not finished and the intelligent border is seen in the distance.

Since this past dawn, Europeans and Moroccans who have an external visa to be in another country can enter Spain from Morocco through Ceuta and Melilla. All those who have a passport can pass from Spain to the Alaouite kingdom. And that will be the only flow. There will be no more. The rest will have to wait, because the agreement is restrictive in these first stages of opening.

That leaves out an important group of people: cross-border workers. They are estimated by business associations at almost 3,000 in each Spanish Autonomous City. They will be able to pass us for now, despite the fact that they were already prepared to return. Both the employees of the companies in Spain that are on the other side of the fence and the domestic workers themselves will not be able to return until May 31.

The decision has raised blisters. Some are trapped in Morocco, according to Ceuta businessmen, surviving with the money sent by their bosses while they can return, since in their country they have to subsist on a bag of food valued at eight euros that the Government gives them with rice, vegetables and little else. For this reason, they waited for the opening to return to work, but it will not be like that. That is why they have protested days ago for feeling without rights and asking for solutions to return to work.

But they will have to wait, although they will pass before the goods. If Spain says that "not a bag of tomatoes" will not pass, Morocco asserts that "not a danone". Both countries have agreed to put an end to portage and the underground economy of the border that embarrassed Europe with the image of porters loaded to earn a handful of euros and directed by the passage of goods like cattle.

In this way, according to the sources consulted, the third phase will be the passage of merchandise, which does not yet have a date because it requires an essential requirement: commercial customs. It is a bilateral agreement between Spain and Morocco that regulates all transit of products. In Melilla it is only necessary to recover it since the Alaouite kingdom closed it unilaterally.

The problem is Ceuta, where this type of agreement has never existed and it must be created. It assumes that both countries should sit down to negotiate. On the one hand, the departure of products from Ceuta to the neighboring country with regulations and taxes, which would also be imposed on the area by Morocco. A country that in recent years has developed a large industrial estate in Castillejos and it remains to be seen how it fits into these agreements so that it does not remain a lifeless ghost like Tarajal is now on the Spanish side.

1 The Biden Administration opens its hand with the Castro... 2 Internal offensive in the Treasury to activate the... 3 Auditor General's report: construction site management... 4 A long rest beneficial for the Avalanche 5 Yaroslav Askarov agrees with the Predators 6 Washington lifts a series of restrictions on Cuba 7 A new police station for the Uashat mak Mani-Utenam... 8 A former opponent of Marie-Ève ​​Dicaire in a... 9 Wheat export: US hopes India will reverse ban 10 Relief from US sanctions: Cuba welcomes "a small... 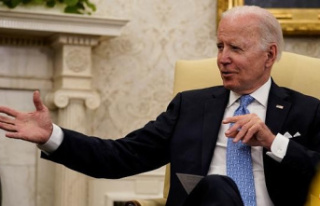 The Biden Administration opens its hand with the Castro...