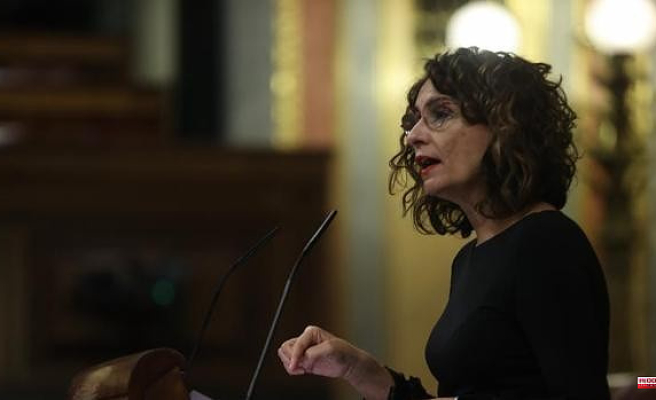 Track suspects, tap phones and, in short, systematically apply police investigation techniques to hunt down major fraudsters and unmask the most complex tax fraud schemes. In short, establish a Fiscal Police in Spain, the operational body that once put Al Capone behind bars and that already exists in other countries such as Italy. That is the aspiration that has been harbored for years by the bodies of officials most directly involved in the fight against fraud, customs surveillance agents and Treasury inspectors, and that is the idea that has reappeared in recent days. on the work table of the Minister of Finance, María Jesús Montero, in a new internal offensive from within the Tax Agency to activate a police force in the structure of the fight against fraud.

“At this time, more than ever, signs of progress are expected in the fight against tax crime and the shadow economy. The debate on the implementation of the Fiscal Police in the Tax Agency is once again in public opinion. Society does not want a police Treasury inspection that is endowed with more invasive powers of the privacy of citizens, society simply wants the tax crime to be prosecuted by the police and judicially, "the CSIF union transfers to María Jesús Montero in a letter sent a few days ago and to which ABC has had access.

It is not the only wake-up call that has taken place in recent weeks. The renewed document of proposals from the Association of State Treasury Inspectors (IHE), representative of the specialized body in the fight against fraud, has also pressured Montero and the director general of the Agency, Jesús Gascón, in this regard. In his opinion, the fight against the most flagrant and complex tax crimes would be more efficient if the Agency had powers to prosecute and investigate crimes. "Currently there is a hodgepodge in which it is not at all clear what our margin of action is," laments Ransés Pérez Boga, president of IHE. «The current framework leads to an early judicialization of the investigations, since as soon as indications of a crime are detected, they are taken to the judicial instance. This automatically expels from the investigations professionals who may have been carrying out an investigation for months and who since then have only had judicial support functions.” Pérez Boga underlines that this not only creates operational problems in the prosecution of fraud, but also reputational problems for the Tax Agency, as has been seen in some of the latest cases of alleged tax crime in which the Treasury has been accused of not do enough.

The third flank comes from Siat, the majority union in Customs Surveillance, whose new general secretary has taken the flag of the Tax Police from minute one. "What we have to do is discover the 'zulos', persecute the networks and persecute money laundering on the one hand and flight to tax havens on the other", Manuel Porras pointed out. "Either a Fiscal Police is created sooner rather than later in the Tax Agency or the Ministry of the Interior will end up doing it," he stresses.

The creation of a Fiscal Police is not an occurrence. Barely five years after the founding of the Tax Agency, in 1997, the Aznar Government modified the internal operating regulations of the Customs Surveillance Service to provide customs agents with police powers in the fight against smuggling and customs fraud, and according to what many people in the group understand, also for tax fraud in general.

The idea was so serious that it was even included in some of the agency's strategic plans. Why didn't it prosper? “It is a matter of political will and lack of means, too. The Customs Surveillance Service has acted as a Tax Police in some case of tax crime at the request of the Inspection or a judicial body, but always very sporadically," says Julio Lesmes, a member of the superior body of Customs Surveillance and CSIF collaborator.

For a former position of the Treasury Inspectorate consulted by ABC, the matter is more complete than all that and has to do with the complexity of a project that would break into the powers of the Prosecutor's Office and the National Police.

The internal offensive in the Agency is not going to stop. Those involved see the reform of the Criminal Procedure Law as a unique opportunity to activate the Tax Police and are already moving behind the scenes to agree on a proposal that forces the Treasury to consider it or, at least, Congress to debate it.

1 Auditor General's report: construction site management... 2 A long rest beneficial for the Avalanche 3 Yaroslav Askarov agrees with the Predators 4 Washington lifts a series of restrictions on Cuba 5 A new police station for the Uashat mak Mani-Utenam... 6 A former opponent of Marie-Ève ​​Dicaire in a... 7 Wheat export: US hopes India will reverse ban 8 Relief from US sanctions: Cuba welcomes "a small... 9 Baby milk: agreement between Abbott and American justice... 10 Retirement for Andrée-Anne Côté 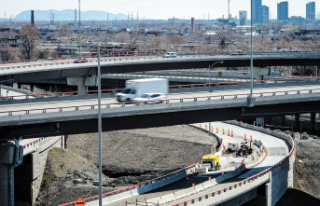