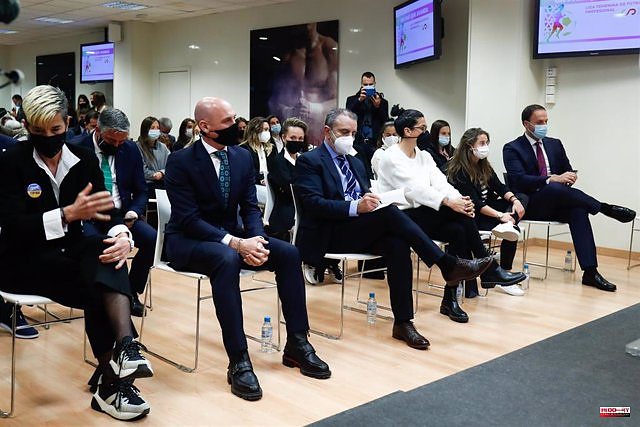 The president of the Higher Sports Council (CSD), José Manuel Franco, has asked Luis Rubiales, head of the Royal Spanish Football Federation (RFEF), to provide the data he has "to mitigate the concern" that has been generated after the latest information about him and that can "harm the image and good name" of the federative body.

"Dear president, the repeated publication of journalistic information that points to alleged irregular behavior in your performance as president of the RFEF can harm the image and good name of the Federation," says the letter that Franco has sent to Rubiales and to which he has had access Europa Press.

The leader reminds the president of the RFEF that his decision "to put these events in the hands of justice should contribute to dispelling any doubt in this regard", but that "as long as the justice does not rule" on his "complaint and those that other people may file", he considers that it would be "very convenient" to provide "public opinion with the data you have to mitigate the concern that some information has generated".

Finally, José Manuel Franco makes it clear in the letter that the Higher Sports Council "is committed to defending the best values ​​of sport and the prestige of all sports institutions and entities, objectives that we undoubtedly share with the Federation that you preside over" .

Luis Rubiales has been the subject of accusations in recent days as a result of new information revealed by 'El Confidencial', among which are possible recordings of the Prime Minister himself, Pedro Sánchez, ministers or members of United We Can, or of having posted a detective to learn about the movements of the president of the AFE, David Aganzo.

The RFEF has denied all these facts, emphasizing that it is "a smear campaign orchestrated by a very clear and defined group of people in order to destroy the reputation of Luis Rubiales, a victim of these maneuvers and all those who are behind collaborating with the same objective".

In addition, Rubiales himself was calm and assured that he had not committed "any illegality" and recalled, in statements to 'Movistar', that since he has held his position in the federation he has always "worked very professionally and honestly for Spanish football" .

At the moment, the Anti-Corruption Prosecutor's Office has opened investigation proceedings for alleged irregularities in his management at the head of the body, which would include the contract for the Spanish Super Cup to be played in Saudi Arabia, as confirmed by legal sources to Europa Press.

1 Anti-corruption investigates alleged irregularities... 2 Bale enters the list of Wales for the final of the... 3 Russia claims half of Gazprom's foreign clients... 4 The Brazilian Court of Accounts gives the green light... 5 The price of electricity rises 6.6% this Friday and... 6 The latest viral video for TikTok of the popular influencer... 7 Aragonès criticizes the return of the King "with... 8 The PP steps on the heels of the PSOE in the CIS poll 9 A man dies of several shots during a family fight... 10 DIRECT. Giro 2022: the 12th stage of the Tour of Italy... 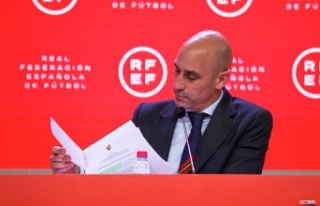