The President of the Generalitat, Pere Aragonès, has criticized the return of the King Emeritus to Spain, since in his opinion it will be done with "all honours" and putting a "red carpet" on him. 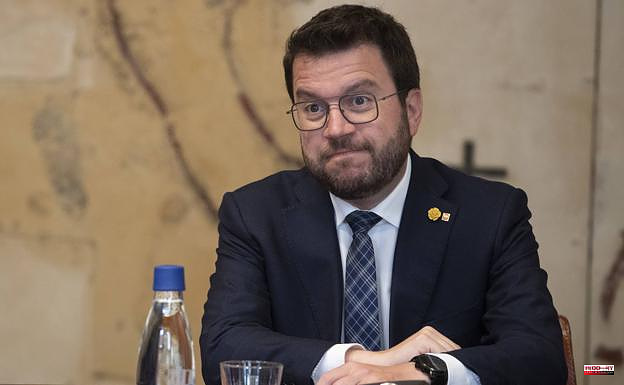 The President of the Generalitat, Pere Aragonès, has criticized the return of the King Emeritus to Spain, since in his opinion it will be done with "all honours" and putting a "red carpet" on him. "He should assume his responsibilities" instead of the Prosecutor's Office shelving his cases, he has pointed out from Brussels, where he has met with MEPs from ERC, PSC, Junts and En Comú Podem. The treatment that, in his opinion, the King's father is going to receive is "incompatible with a self-demanding democracy" and "contrasts" with the "repression of the" exiles "of the 'procés', as denounced from the European Parliament, in the second day of his visit to the community capital.

Aragonès has reiterated his willingness to meet with Pedro Sánchez to address the espionage crisis, but has also warned that he is not looking for a photo. A month ago we demanded explanations, he has warned. The Catalan president demands transparency, that it be known who ordered the espionage and who knew about it, that the documents that affect the nationalist leaders be declassified and from there that responsibilities be assumed "at whatever level". We also ask, he has added, guarantees that we will not be spied on again.

The president of the Generalitat has traveled to Brussels and has only met with Catalan deputies. The doors of the European Commission remain closed to the pro-independence leaders. They were closed with the 'procés' and have not been reopened yet. Aragonès, on the other hand, believes that the situation has changed. To his knowledge, he has begun work to recover relations with the European institutions and trusts that in future visits to Brussels there will be meetings with senior EU officials. "Catalonia recovers its relationship with the European institutions," he assured. Fifteen days ago, the president of the European Commission, Ursula von der Leyen, traveled to Barcelona to attend the Círculo de Economía conference, where she was received by Pedro Sánchez and Pere Aragonès. The ERC leader has highlighted the visit of the European president, which "had not been for years" and that it will have "continuity" in the future.

1 The PP steps on the heels of the PSOE in the CIS poll 2 A man dies of several shots during a family fight... 3 DIRECT. Giro 2022: the 12th stage of the Tour of Italy... 4 Anti-corruption investigates the alleged irregularities... 5 Anti-corruption investigates the alleged irregularities... 6 Legislative: "A misunderstanding", the former... 7 Irene Montero was unaware of the 'Sumar'... 8 DIRECT. List Deschamps: Kamara called up to the France... 9 Arteche launches the alliance with Hitachi to sell... 10 Price of electricity, tomorrow May 20: the cheapest... 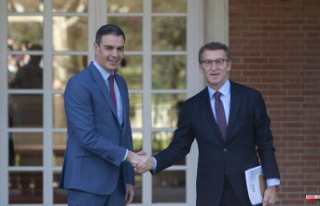