On the occasion of the celebration of International Museum Day, the well-known tiktoker Esperansa Grasia has published a video, which is already viral, to publicize the exhibitions that are currently on display at the Center del Carme Cultura Contemporània (CCCC) in Valencia. 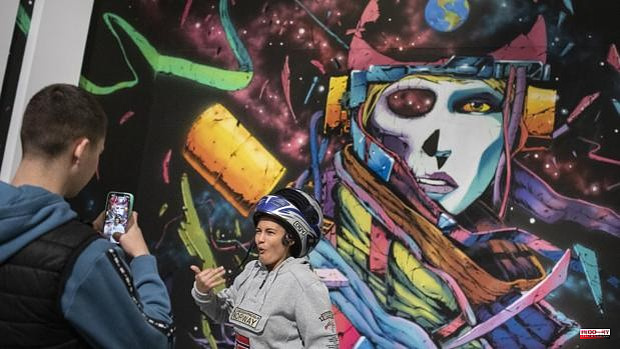 On the occasion of the celebration of International Museum Day, the well-known tiktoker Esperansa Grasia has published a video, which is already viral, to publicize the exhibitions that are currently on display at the Center del Carme Cultura Contemporània (CCCC) in Valencia.

The director of the Center del Carme, José Luis Pérez Pont, presents the first collaboration of the famous Valencian tiktoker, known as Esperansa Grasia, with an art center. Betting on supporting young creation and continuing to connect with all kinds of audiences, the CCCC surprises with this new proposal that has been released simultaneously on its TikTok and Instagram accounts during International Museum Day 2022.

Many young talents developed their potential at home, since the confinement due to the Covid-19 pandemic in 2020.

An issue that the Center del Carme addressed last year with the exhibition 'The Bedroom. Centennial Bedroom Art', without being a specific case, but a differentiating line of action by the institution.

The artist behind the pseudonym Esperansa Grasia is Gemma Palacio (Benaguasil, Llíria, 2000), who created her TikTok account at home during confinement, and also devised the characters that star in her stories, all played by herself. Inspired by teenage friends and family, with a humor that has already earned her almost two million followers and several awards, she creates everyday comedic situations that she also shares on Instagram, another social network where she has around seven hundred thousand fans.

Its value has been recognized by large production companies that have already made offers to it. At the moment he has started working for Netflix and appears in numerous radio and television programs. However, no museum or art center had collaborated with her, despite the fact that contemporary art has always interested her.

"I remember coming to the Center del Carme years ago and it had nothing to do with it, now it's quite an experience, I love it," said Palacio, who talked about the world of culture and social networks with Pérez Pont after the recording. For his part, the director of the CCCC states that "in recent years we have developed a communication strategy through channels like this, to help continue to successfully generate a diverse, plural and open type of programming."

Thousands of Esperansa Grasia followers have been quick to react, hundreds of them commenting on the videos: "It's a beautiful place and not because I'm from Valencia, but amazing, I recommend it," said @Esther.r.s39. "I go whenever I can, but now with even more desire," says user @Idoiablack_, while other users tag friends and family to indicate where the center is and propose to go together.

The latest viral video of the Valencian comedian is a project by the Center del Carme that already has half a million views on TikTok and more than one hundred and twenty thousand views on Instagram.

1 Aragonès criticizes the return of the King "with... 2 The PP steps on the heels of the PSOE in the CIS poll 3 A man dies of several shots during a family fight... 4 DIRECT. Giro 2022: the 12th stage of the Tour of Italy... 5 Anti-corruption investigates the alleged irregularities... 6 Anti-corruption investigates the alleged irregularities... 7 Legislative: "A misunderstanding", the former... 8 Irene Montero was unaware of the 'Sumar'... 9 DIRECT. List Deschamps: Kamara called up to the France... 10 Arteche launches the alliance with Hitachi to sell... 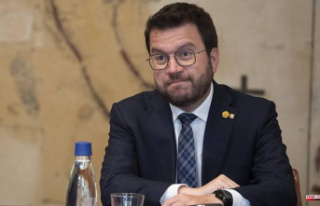 Aragonès criticizes the return of the King "with...