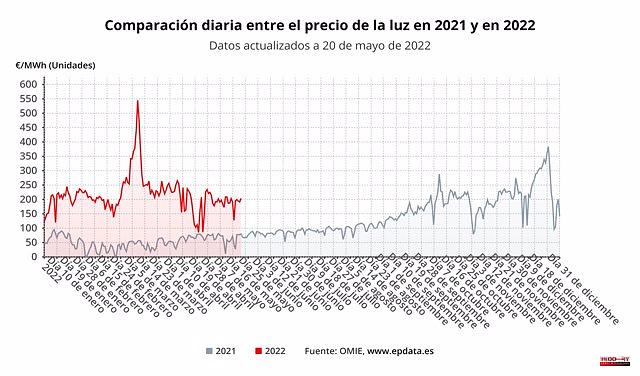 The average price of electricity in the wholesale market will rise 6.6% on Friday compared to this Thursday and will once again exceed the level of 200 euros per megawatt hour (MWh).

Specifically, the average price of the 'pool' for this Friday will be 203.74 euros/MWh, which places it 12.66 euros above the 191.08 euros/MWh of this Thursday, according to data published by the Operator of the Iberian Energy Market (OMIE) and collected by Europa Press.

In this way, the price of electricity for tomorrow will once again exceed the level of 200 euros/MWh for the first time since May 13 and will be the highest level for one day since May 10.

The Official State Gazette (BOE) published last Saturday the Royal Decree-Law establishing the mechanism to limit the price of gas for electricity generation to an average of 48.8 euros per megawatt/hour (MWh) during a period of twelve months, thus covering the next winter, a period in which energy prices are more expensive.

1 The latest viral video for TikTok of the popular influencer... 2 Aragonès criticizes the return of the King "with... 3 The PP steps on the heels of the PSOE in the CIS poll 4 A man dies of several shots during a family fight... 5 DIRECT. Giro 2022: the 12th stage of the Tour of Italy... 6 Anti-corruption investigates the alleged irregularities... 7 Anti-corruption investigates the alleged irregularities... 8 Legislative: "A misunderstanding", the former... 9 Irene Montero was unaware of the 'Sumar'... 10 DIRECT. List Deschamps: Kamara called up to the France... 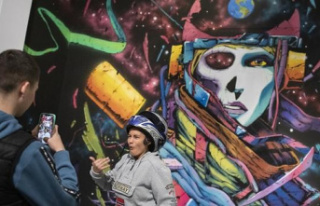 The latest viral video for TikTok of the popular influencer...