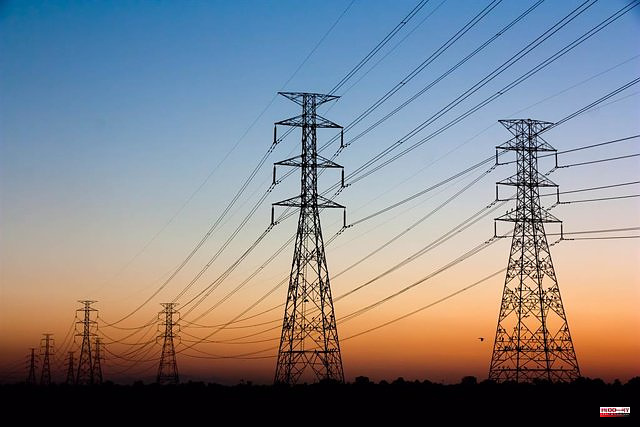 The Court of Accounts of the Union (TCU) of Brazil approved on Wednesday with 7 votes in favor and one against the project for the privatization of the state giant Eletrobras.

With the approval of the Brazilian fiscal body, the Government wants to present the documents for the privatization of the largest electricity company in Latin America to the stock market regulators of Brazil (CVM) and the United States (SEC) next week, according to the Brazilian media 'Worth'.

The operation is the most important in the privatization agenda of the Jair Bolsonaro Administration, which during his mandate has proposed to reduce the weight of public companies in the State.

The privatization model approved in June of last year contemplates a primary offer of new shares in the market by which the Government would reduce its participation to 45%, so that it would lose its status as majority shareholder. In the event that the sale of all the securities in the primary offer is not completed, a secondary offer will be used.

Additionally, each shareholder or group of shareholders will not have a voting power greater than 10%, while the Government will have the special class preferential share ('golden sahre'), which grants veto power in the decisions of the Eletrobas statutes.

Likewise, the operation excludes from the privatization the subsidiaries Eletronuclear, which operates three nuclear plants in Brazil, and the Itaipú hydroelectric plant, in which the Paraguayan government also has a stake.

The only vote against the operation in the TCU was that of magistrate Vital do Rêgo, who alluded to alleged irregularities in the privatization process, including a possible privatization of Eletronuclear. In addition, Vital do Rêgo requested a postponement of the process until the conclusion of a study on the real value of the company's judicial debts.

Once the TCU procedure has been completed, it is now the Ministry of Mines and Energy and the National Bank for Economic and Social Development (BNDES), which collaborate in the process, who have to comply with some recommendations indicated by the court to continue with the sale.

Eletrobras is currently responsible for a third of Brazil's energy generation, with an installed capacity of 50,000 megawatts (MW) and more than 70,000 kilometers of power lines.

At the end of March, the company recorded a net profit of 2,716 million Brazilian reais (512 million euros) in the first quarter of the year, which means a 68% boost in profits for the same period of the previous year, when the result of the company amounted to 1,609 million reais (303 million euros).

1 The price of electricity rises 6.6% this Friday and... 2 The latest viral video for TikTok of the popular influencer... 3 Aragonès criticizes the return of the King "with... 4 The PP steps on the heels of the PSOE in the CIS poll 5 A man dies of several shots during a family fight... 6 DIRECT. Giro 2022: the 12th stage of the Tour of Italy... 7 Anti-corruption investigates the alleged irregularities... 8 Anti-corruption investigates the alleged irregularities... 9 Legislative: "A misunderstanding", the former... 10 Irene Montero was unaware of the 'Sumar'... 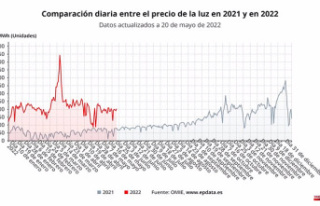 The price of electricity rises 6.6% this Friday and...