Less than a year for the municipal elections and changes in sight, at least taking into account the polls. 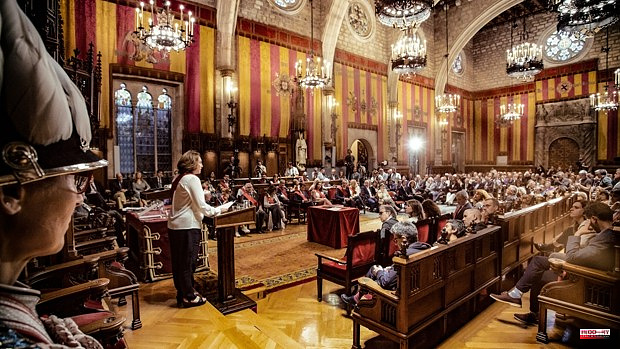 Less than a year for the municipal elections and changes in sight, at least taking into account the polls. The PSC and ERC will tie in the local elections of May 2023 in Barcelona, ​​in a vote in which BComú, the formation of Ada Colau, will be relegated to third place. In addition, 73% of Barcelonans are betting on a change in the mayor's office after seven years with the mayor at the helm.

Thus, both the Republicans and the Socialists will obtain between 11 and 12 councilors each, and BComú will be third with 7-8 councillors, according to a Gesop survey published this Monday by 'El Periódico' based on 805 interviews conducted between the 26 May and June 3.

With everything, poll in hand, Colau could have the key to governability, since, as has been happening in previous elections, an agreement would be needed to invest the next mayor.

Specifically, the Socialists move in a range of 22.5% to 23.5% of the votes and the Republicans, from 22% to 23%, while BComú stands between 16% and 17% of the votes , four points below their results in 2019. According to the same survey, Junts would achieve 4-5 councillors; Vox would have 2 mayors and the PP, which still does not have a confirmed mayoralty, would obtain 2-3 mayors, while Cs and the CUP would not have their presence guaranteed in the City Council, as it is not clear if they would get 5% of the votes to obtain representation.

On the other hand, 72.7% of respondents believe that a new mayor is needed in Barcelona, ​​compared to 21.4% who believe that a change in municipal leadership is not needed. On this, the most valued political leader is Ernest Maragall (ERC), with 5.6 points out of a total of 10; followed by Neus Munté (Junts), who does not know if she will be the candidate of the neoconvergent formation but who obtains a 4.9; Eulàlia Reguant (CUP), a 4.8; and Jaume Collboni (PSC), with a 4.7.

1 The Ferrant Universe stays in the permanent Patio... 2 The Government rescues Celsa with 550 million, but... 3 Brussels endorses the disbursement to Spain of the... 4 Escrivá's latest offer for the 'in extremis'... 5 Lucia, Marta and María Pombo: three brides with very... 6 Antonio Banderas and Andrew Lloyd Webber become Friends... 7 These are the roads and streets cut off in Madrid... 8 They investigate the fatal outrage of a woman on a... 9 40% of the elderly in the Canary Islands do not make... 10 Arrested for attempted homicide when trying to set... 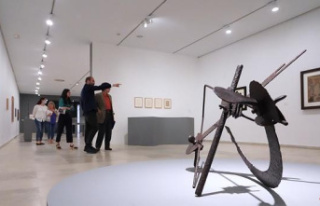 The Ferrant Universe stays in the permanent Patio...