Brussels endorses the disbursement to Spain of the 12,000 million of the second tranche of European funds

The European Commission has endorsed this Monday the disbursement to Spain of the second tranche of the 'Next Generation EU' recovery fund, which amounts to 12,000 million euros and, in this way, Spain has become the first member state to receive the second payment . 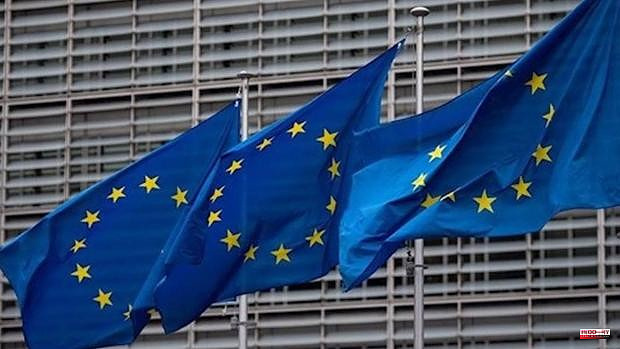 The European Commission has endorsed this Monday the disbursement to Spain of the second tranche of the 'Next Generation EU' recovery fund, which amounts to 12,000 million euros and, in this way, Spain has become the first member state to receive the second payment . This second disbursement of the recovery plan corresponds to the achievement of 40 milestones and objectives --31 milestones and nine objectives-- which have been fulfilled throughout the second half of 2021.

After the endorsement of Brussels, it is the turn of the rest of the member states, through the Economic and Financial Committee (EFC, for its acronym in English) to examine the file and give its opinion. If this analysis is positive and they also give their consent (or if a month passes without any country making a statement), the disbursement will be authorized.

In this way, the positive evaluation of the fulfillment of this package of milestones and objectives will thus entail the disbursement of 12,000 million euros, which would be added to the 9,036 million euros of pre-financing from mid-August last year and to the 10,000 million euros of the first disbursement, received in 2021. Some payments that correspond to measures such as the labor reform and that of the public pension system.

Within the green and digital axes, this second disbursement request also includes the approval of the Roadmap for offshore wind energy and other energies from the sea; the Strategy for Safe, Sustainable and Connected Mobility, the Charter of Digital Rights, the entry into force of the RD-Law for the protection of workers engaged in home delivery activities using digital platforms or tax measures to accelerate the deployment of the 5G network. Similarly, Spain has also launched measures related to territorial cohesion such as the modernization of the Tax Agency, the approval of the Action Plan for Primary and Community Care and the improvement of the functioning of the food chain.

The European Commission had a period of two months to carry out the analysis and verification of the documentation presented by the Government of Spain last April to request the second disbursement, in accordance with article 24 of the Regulation of the Recovery and Resilience Mechanism.

1 Escrivá's latest offer for the 'in extremis'... 2 Lucia, Marta and María Pombo: three brides with very... 3 Antonio Banderas and Andrew Lloyd Webber become Friends... 4 These are the roads and streets cut off in Madrid... 5 They investigate the fatal outrage of a woman on a... 6 40% of the elderly in the Canary Islands do not make... 7 Arrested for attempted homicide when trying to set... 8 A Mauritanian civil governor (1907-1909) 9 They ask for 7 years in prison for an alleged pedophile... 10 The 28-year-old man attacked in a nightclub in Mallorca... 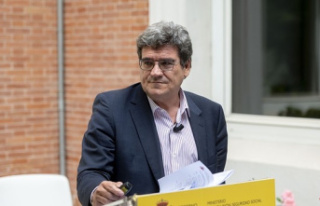 Escrivá's latest offer for the 'in extremis'...