Antonio Banderas and Andrew Lloyd Webber have been friends for years. 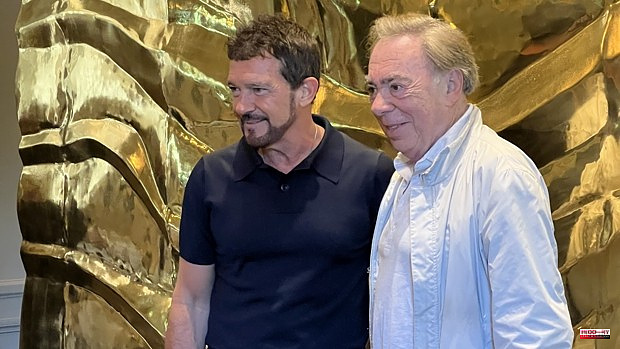 Antonio Banderas and Andrew Lloyd Webber have been friends for years. And now they are Friends Forever, like that, with capital letters. That is the name of the company that the two have created and that they presented yesterday in Madrid. Their objective, "to generate quality musicals in Spanish", as both have said. His objective, Spain, Latin America and, why not, the United States; "Let's think that New York has a population of 2.8 million Spanish speakers."

"On one of my trips to London a few months ago to shoot 'Indiana Jones', Andrew called me so we could have dinner together," the Malaga-born actor said. He did not surprise me, because we have been friends for a long time, but I immediately saw that he was plotting something else».

«I have been lucky with the translations into Spanish of my musicals -said Lloyd Webber, composer of titles such as 'Jesus Christ Superstar', 'Evita', 'Cats' or 'The Phantom of the Opera'-, but it has not always happened So.

And possibly we have not taken care of the Hispanic public as we should.

There are two words that fly over this project, still in its infancy - "we have just cut the umbilical cord" - and that, Banderas says, we do not know how it will develop: quality and change. Quality is what they are going to pursue, they assure, in each staging; and the change refers to the way people now want to approach theaters. «The world of theater -has said Lloyd Webber- has changed a lot, people now want to live much more complete experiences. We have just restored the Drury Lane Theater in London thinking in this way, with a restaurant that works independently and that allows another way of experiencing the theatrical event».

«In the Teatro Soho Caixa Bank -Banderas has completed- 53 percent of the public that came to see 'Company' was from outside Malaga. There I have tried to surround what the work is, what you see on stage -which is the center- of an offer to create a 'theatrical evening'; and works. And I have seen how they lived the experience and how the neighborhood breathed a healthy, fun, vital environment for a city that is betting on a cultural offer».

Finding spaces is fundamental in the project. Lloyd Webber has once again given the Drury Lane renovation as an example. “Theaters today need to be as flexible as possible. To be practically a black box that can be adapted to any proposal».

Banderas has announced that this summer they will meet to finalize projects. At the moment there are works by Andrew Lloyd Webber himself, but the idea is to add titles by other composers and even encourage the creation of new musicals by Spanish authors.

The actor from Malaga does not rule out going on stage -he has already played Ché in the film version of 'Evita' and sang several excerpts from 'The Phantom of the Opera' at Lloyd Webber's 50th birthday gala- and, above all, directing some show - "I like directing more and more", he has confessed.

There are several titles in the air and it is possible that Roser Batalla -who has adapted the lyrics of 'Company'- will join the project. “I have proposed her as a translator, and you have to see what Andrew says,” said the actor.

Anyway, Banderas said that one of the ideas is to adapt the translations to each country. "We use the same language but the turns in Spain, Argentina or Mexico are different."

1 These are the roads and streets cut off in Madrid... 2 They investigate the fatal outrage of a woman on a... 3 40% of the elderly in the Canary Islands do not make... 4 Arrested for attempted homicide when trying to set... 5 A Mauritanian civil governor (1907-1909) 6 They ask for 7 years in prison for an alleged pedophile... 7 The 28-year-old man attacked in a nightclub in Mallorca... 8 They arrest a man for beating his wife in front of... 9 The Supreme warns about the blockade of the CGPJ:... 10 The Penitentiary Surveillance judge knocks down two... 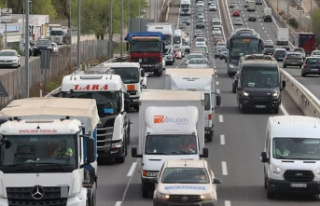 These are the roads and streets cut off in Madrid...