The study 'Concerns about an upcoming old age', carried out by the Mutual Foundation of Owners, warns of a bleeding situation in the archipelago, where 40% of those over 75 have some difficulty making ends meet with their household income , while 43% have difficulty meeting unforeseen expenses and 42% cannot go on vacation for a week. 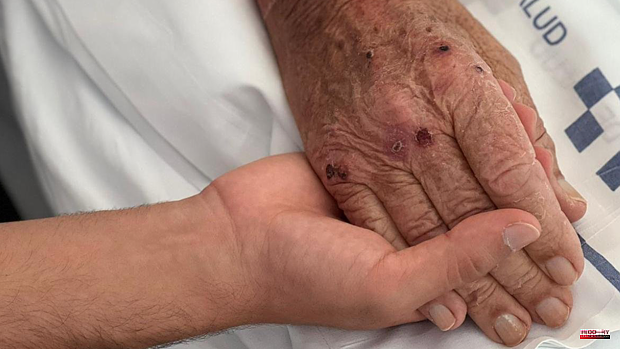 The study 'Concerns about an upcoming old age', carried out by the Mutual Foundation of Owners, warns of a bleeding situation in the archipelago, where 40% of those over 75 have some difficulty making ends meet with their household income , while 43% have difficulty meeting unforeseen expenses and 42% cannot go on vacation for a week.

The National Institute of Statistics (INE) calculates that the percentage of the population over 70 years of age in Spain, which in 2020 stood at 14.4% of the total population, would reach a historical maximum of 25.3% around to 2055.

According to the study by the Mutual Homeowners Foundation, living with the children does not imply a better economy for the elderly, a behavior since the reason for returning to live with their parents in most cases is due to the economic difficulties of children to have their own home.

In these cases, the economy of these children does not add up, but it is "the economy of the elderly that is distributed among all members of the household", explains the executive vice president of the Foundation, Laura López Demarbre.

Despite being a major problem, 25% of Canarians state that they never think about their quality of life beyond 75 years of age, although this percentage rises to 46% in the case of people without older relatives. On the opposite side, 10% admit that they are worried about that moment and think about it «frequently» and 64% say «sometimes».

According to the report, 3 out of 10 Canarians are very or quite concerned about their old age, although the majority (57%) show little or no concern and 9% do not even think about it. It is noteworthy that the youngest (18 to 24 years old) and the oldest (65 to 74 years old) are the ones that show a lower degree of concern. In this aspect, having people over 75 years of age in the family causes greater concern about the consequences of reaching old age and that is, "knowing the reality of our elders up close is a sensitizing element towards the situations they live in", he pointed out. Lopez Demarbre.

The report of the Mutual Foundation of Owners reveals that the situations that cause the most concern are having mobility problems (68%), suffering from a chronic illness (67%) and not having money to live on (59%).

In relation to those who are concerned about their mobility in the future, 53% mention the need to have an accessible house, since, according to the report of the Mutual Foundation of Owners, 53% of the houses are little or nothing adapted. Automatic doors (59%), non-slip floors (59%) and ramps (47%) are the unavailable elements that could be most necessary to improve mobility. On the contrary, the elevator (48%) or the shower tray (42%) are elements that the majority either already have available, or consider that it is not necessary.

In this section of accessibility in housing, the study perceives a clear awareness when it comes to adapting housing as you get older to anticipate not-so-future needs. As an example, among people aged 64 to 75, 65% have a shower tray available; while this indicator drops to 41% among the group of 18 to 24 years old. The same happens with the lift: 49% of the group between 65 and 74 years old say they have it available, compared to 40% of the group between 25 and 34 years old.

42% of Canarians consider that the quality of life of our elders is the Government's responsibility because it is an aid that is recognized as paid during working life.

However, despite the high responsibility assigned to the State, Canarians do not forget either the individual responsibilities of the elderly themselves (25%) and those of their families (23%).

“It is remarkable that older people are not perceived as a burden neither for the system nor for the social or family environment, but rather the opposite. In fact, the role that older people play within their families is positively recognized, both in the field of family support and economic support", highlighted the executive vice president of the Mutual Owners Foundation.

1 Arrested for attempted homicide when trying to set... 2 A Mauritanian civil governor (1907-1909) 3 They ask for 7 years in prison for an alleged pedophile... 4 The 28-year-old man attacked in a nightclub in Mallorca... 5 They arrest a man for beating his wife in front of... 6 The Supreme warns about the blockade of the CGPJ:... 7 The Penitentiary Surveillance judge knocks down two... 8 Basque photographer accused of abusing young models... 9 Health alert for some Peruvian avocados marketed in... 10 Tudanca calls the Government of Castilla y León a... 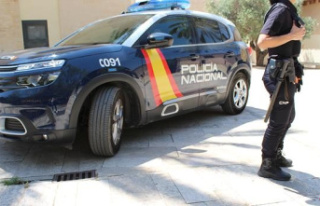 Arrested for attempted homicide when trying to set...